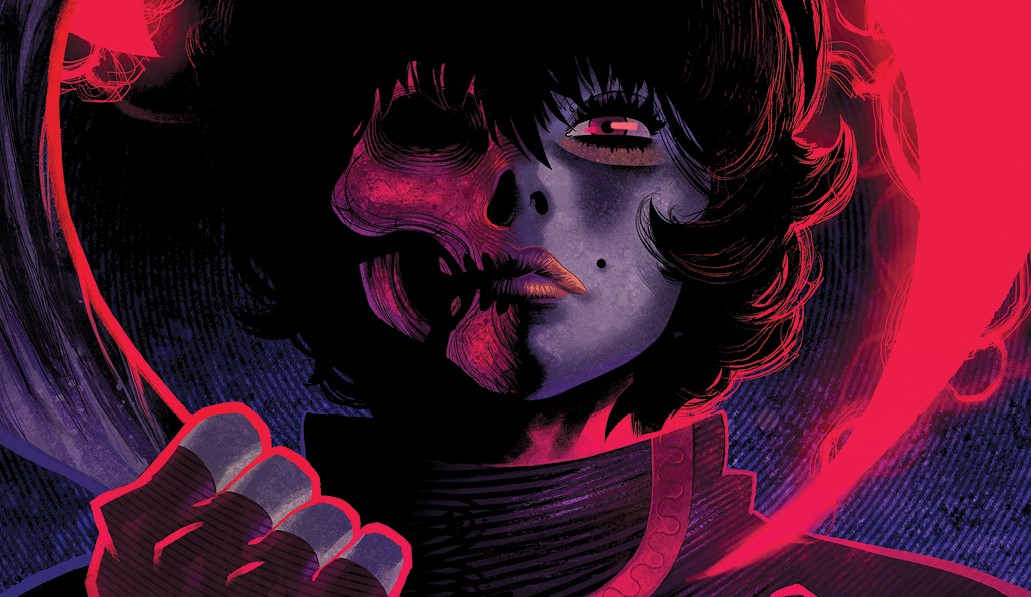 Discover the World of the Afterlife in New Series GRIM

Boom! Studios has announced a new ongoing series titled GRIM. The new series will follow Jessica Harrow in her afterlife in which she finds herself recruited as a Reaper. As she finds herself tasked with “ferrying countless souls to their final destination,” she finds herself unable to recall who or what killed her. This leads Jessica on a path to unravel the mystery behind her death, but to do so, she must first find the answers to an even bigger mystery, where is the GRIM REAPER?

The series comes from writer Stephanie Phillips, artist Flaviano, colorist Rico Renzi, and letterer Tom Napolitano. Phillips is an acclaimed writer known for her work on Harley Quinn and Wonder Woman: Evolution. Flaviano is a fan-favorite artist who has worked in both comics and animation and has worked with prestigious names in both fields such as Filmax, Motion Works, Disney, Marvel, DC Comics, and of course, Boom! Studios.

“GRIM is dark and brooding and fixated on death… and also one of the most fun series I’ve ever written! With demons, reapers, departed souls, and Flaviano’s artwork, you’ll be dying to read more!” said Phillips.

“I love to draw new characters and share that excitement of creation with brilliant authors like Stephanie. She did an amazing job setting the groundwork for a character that you can’t help but love,” said Flaviano. “So it’s no surprise that I can’t stop drawing Jess and all the other reapers from this mysterious, funny, sad, weird story about the search for your true self and place in the world.”

“Stephanie, Flaviano, Rico, and Tom are some of the brightest stars in the industry today, and we could not be more thrilled to help them bring GRIM to life (or, rather, death). If you’ve made previous stops in Mumbai with Laila Starr or Archer’s Peak with Erica Slaughter, let Jessica Harrow take you to your final destination.”

GRIM #1 will be available at your local comic shops and digitally in May 2022. Check out the covers and interior preview below: