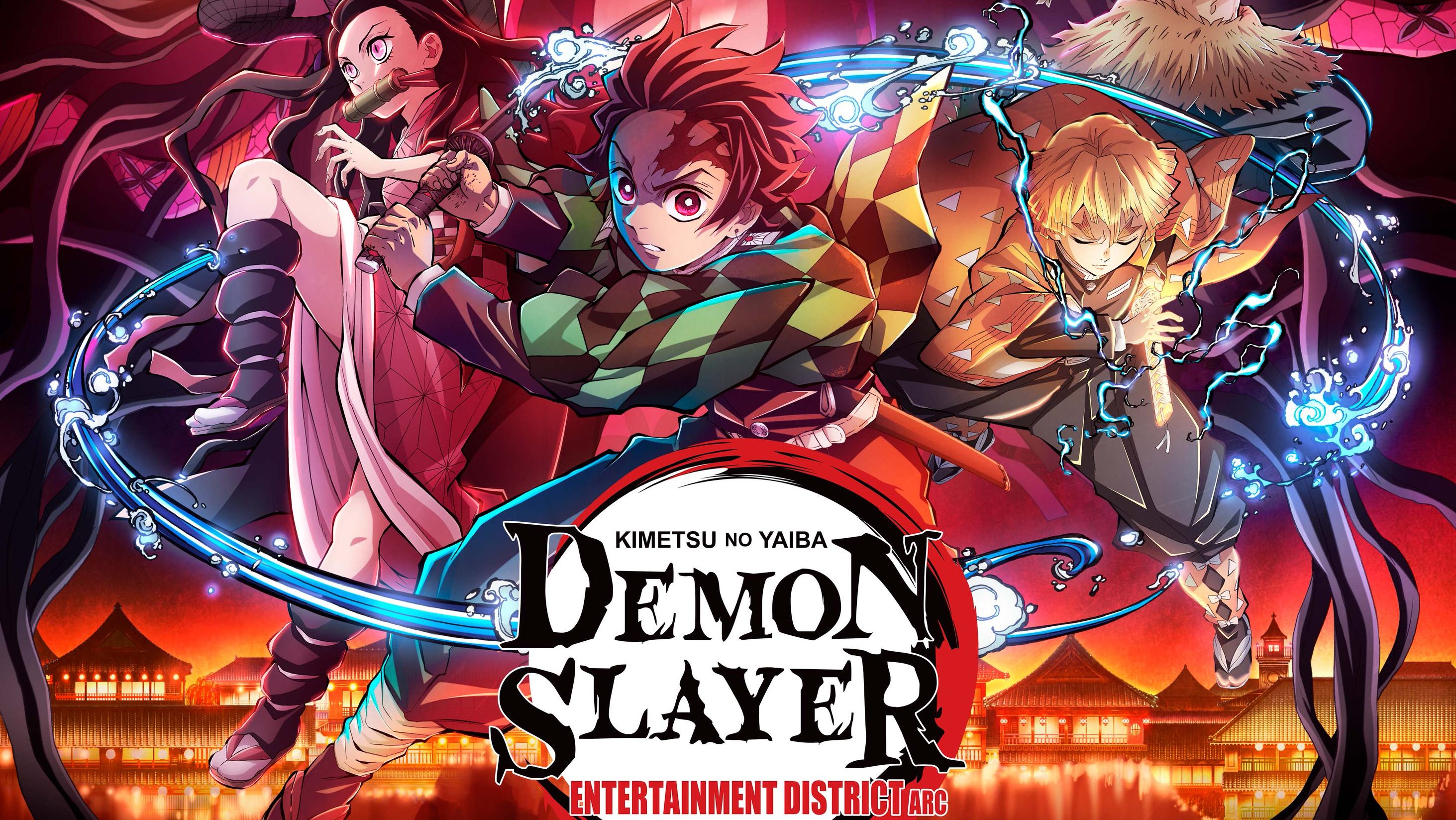 A new promo spot has surfaced for the highly-anticipated upcoming second season of Demon Slayer. This teaser spot offers up some new footage from the Entertainment District arc of the series.

Demon Slayer is set to return this Fall on October 10th, but before we start to see some new stories, the second season will offer a brief recap. The first couple of weeks will include re-adapting the events of the Mugen Train arc that were previously explored in the movie, Demon Slayer: Kimetsu no Yaiba the Movie: Mugen Train.

This next season will be covering the Entertainment District arc of Koyoharu Gotouge’s original manga. This next chapter of the story will follow Tanjiro, Nezuko, Inosuke, and Zenitsu as they embark on an intense new mission in which they will face off with a set of powerful new demons. They’ll have some help, though, with a powerful new ally in the Sound Hashira, Tengei Azui.

The new episodes featuring the Entertainment District story arc will launch on December 5th, it’s then that the anime will officially be kicking off the brand new arc.

Season 2 will premiere with a special one-hour episode and it will feature Aimer performing the new opening theme, “Zankyo Sanka” and ending theme “Asa ga Kuru” for the arc specifically.

In the meantime, enjoy the promo spot below:

Trailer for New Supernatural Drama Series THE GIRL IN THE WOODS