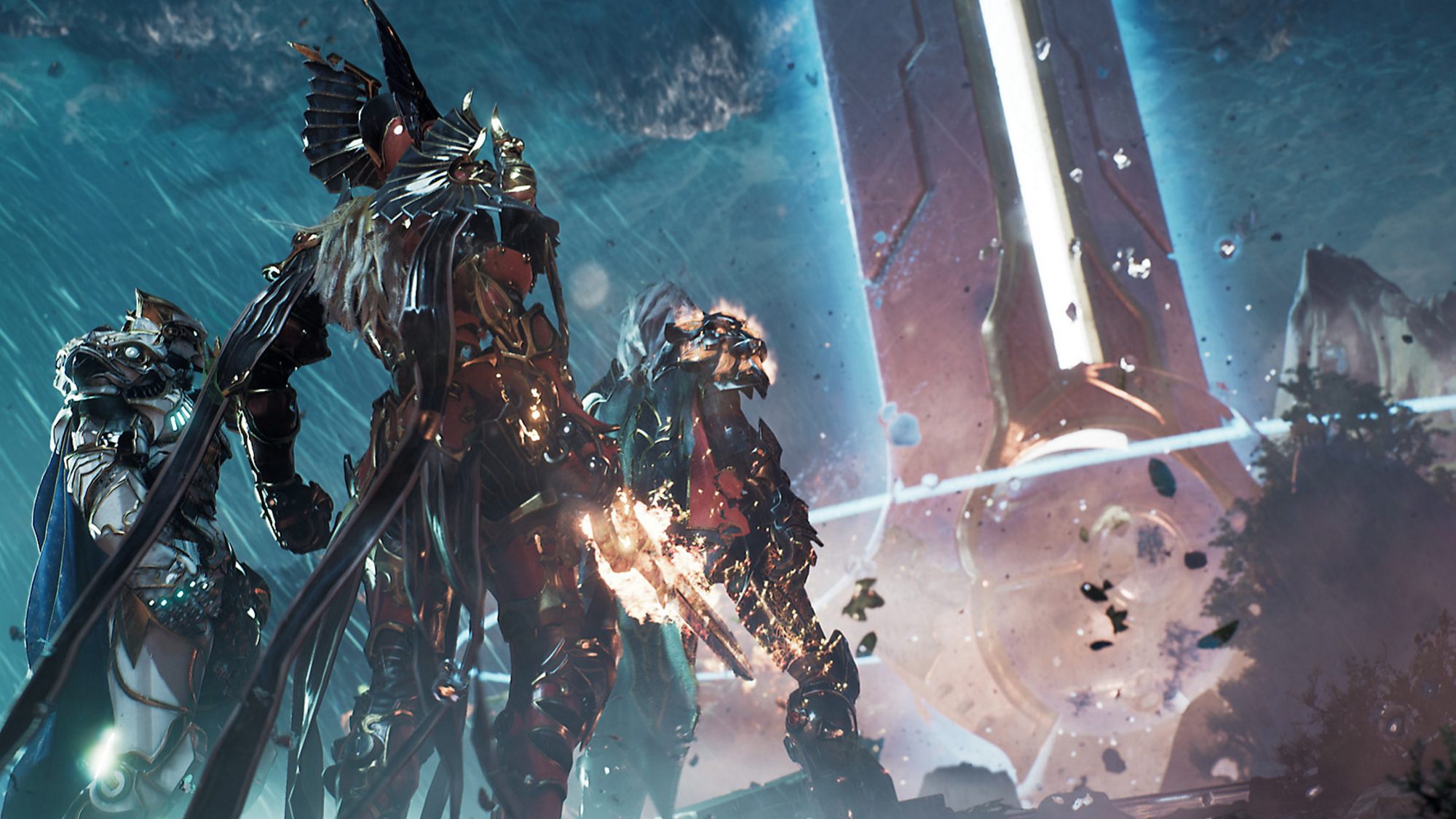 The three titles include Godfall: Challenger Edition, which will be available to both PS5 and PS4 owners, Mortal Shell, and Lego DC Super-Villains. The titles are PS4 titles, but of course, you will be able to download and play them on your PS5 console if you wish to with backward compatibility.

Last month, the PlayStation Plus lineup consisted of six games: Knockout City, Kingdoms of Amalur: Re-Reckoning, First Class Trouble, The Persistence, The Walking Dead: Saints & Sinners, and Until You Fall. Some of which were PSVR titles, so not everyone could benefit from those, but hey, no harm in downloading them to have them at the ready when you get your hands on PSVR.

Godfall: Challenger Edition focuses on three unique modes, according to PlayStation: Lightbringer, Dreamstones, and the Ascended Tower of Trials. All three modes are considered endgame content, but players will be “immediately equipped with a spread of deadly weapons and skill points, letting you team up with up to two other players in co-op.”

The Challenger Edition does not include the base game, nor does it include the newer Fire & Darkness campaign, but players can upgrade at any time to the Deluxe Edition to gain access to them.

All three of these games will go live for PlayStation Plus subscribers to add to their libraries next Tuesday, December 7, and everyone will have until Monday, January 3, to grab them.