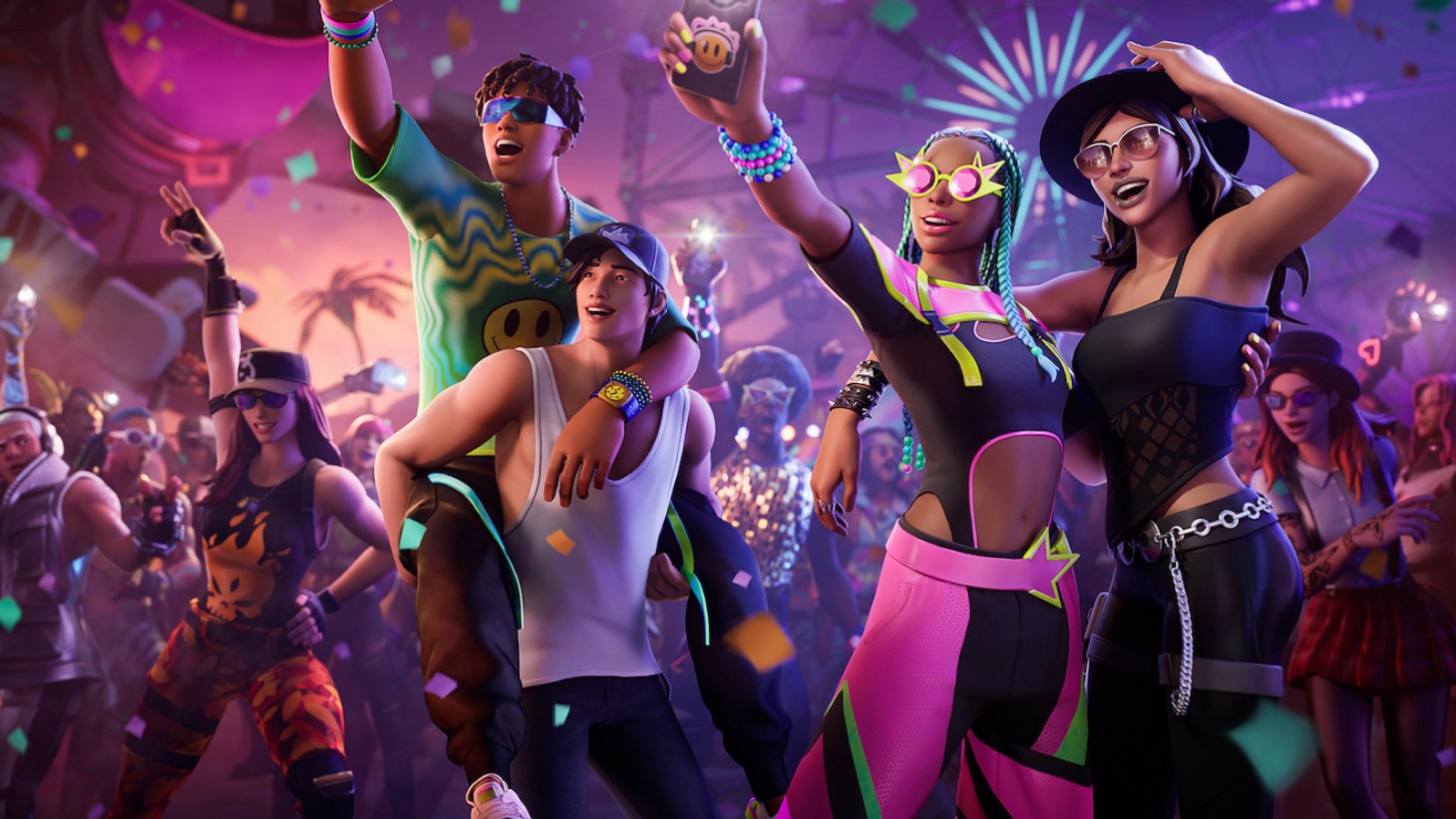 Epic Games has announced that Coachella 2022 will be making its way to Fortnite. The press release states that Coachella-inspired cosmetics, loading screens, and music from artists set to perform at this year’s festival are set to be available as of today. The collaboration will run from April 14th, 2022 to May 16th, 2022.

“The sound (and fashion!) of the Coachella music and arts festival come to Fortnite. From now ‘til May 16, turn to Icon Radio in your Joyride vehicle for a line-up of artists featured in Coachella 2022. And just as the festival lasts two weekends, this weekend and the next will see the drop of new Coachella-themed items in the Item Shop.”

Fortnite‘s Icon Radio is set to feature songs from over 30 different artists performing at Coachella 2022 in California this year. Players will be able to enjoy the music from these artists while in a vehicle on Battle Royale island. The cosmetic drops are set to feature looks that will put players in the right gear to celebrate the music festival. The first drop is available today and includes the Wilder and Lyric Outfits with matching accessories.

According to Epic Games:

“Speaking of wave, the matching accessories for the Wilder Outfit are the shark-based Finfin Back Bling (included with the Outfit), Neon Biter Pickaxe, and the Finfin Flair Wrap. The Wilder Outfit comes with the Cosmic Equalizer alt Style, which is reactive to music. With the Lyric Outfit, go C-sharp with the cactus Swaguaro Back Bling (included with the Outfit) and add some strings with the electric Festival Shredder Pickaxe (both are reactive to music).

The second wave of cosmetic items drops next Thursday, April 21st, 2022. The second wave will include the Alto and Poet Outfits, these outfits are reactive to music and also have accompanying accessories.

“Living the front row lifestyle, Alto’s matching accessories are the festive, music-reactive Sonic Vibes Back Bling (included with the Outfit) and the tropical Softest Electropalm Pickaxe. Matching the boldness of Poet, put on the otherworldly Cosmonautic Helmet Back Bling (included with the Outfit), make a point with the Cactical Crusher Pickaxe, and be a star with the Mainstage Wrap. The Alto Outfit (and Sonic Vibes Back Bling), Poet Outfit (and Cosmonautic Helmet Back Bling), Softest Electropalm Pickaxe, Cactical Crusher Pickaxe, and Mainstage Wrap are available individually or together in the Dancing at Coachella Bundle. This bundle additionally includes the Enter the Coachellaverse Loading Screen.