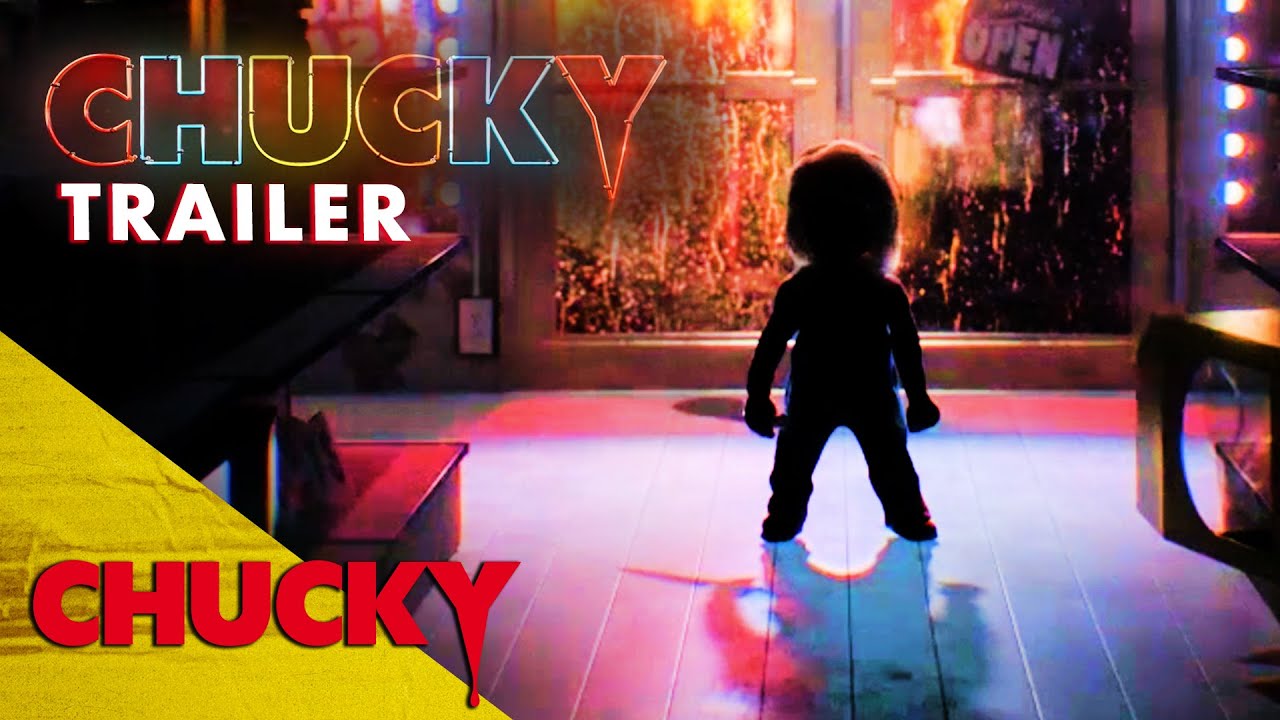 The Chucky trailer sliced it’s way into the Comic-Con@Home event showing us the iconic murderous doll and what’s in store for the small screen adaptation.

Chucky will premiere on October 12, 2021, at 10:00 PM on USA and SYFY. The show will pick up after a vintage Chucky doll turns up at a yard sale. The idyllic American town is thrown into chaos as a series of murders begin to expose the town’s secrets. Meanwhile, the arrival of enemies, and allies, from Chucky’s past threatens to expose the truth behind the killings, as well as the doll’s untold origins as a seemingly ordinary child who became a notorious monster. The series brings back Brad Dourif as the voice of our favorite killer doll and Jennifer Tilly is back in the ranks as his girlfriend Tiffany. Rounding out the cast is Devon Sawa, Alex Vincent, Christine Elise, Fiona Dourif, Zackary Arthur, Teo Briones, Bjorgvin Arnarson, and Alyvia Alyn Lind.

Chucky creator Don Mancini has hinted recently that the show will go back to the straightforward frights of the original. Mancini stated “With this TV show, our mission has been to preserve the straightforward scariness of the original film or the first couple of films. But at the same time, continue on with this ever-expanding tapestry of consistent story that we’ve spun over the course of seven movies and 30-some years. I think fans are really gonna love to see the new characters that we introduce into this realm and just to see how they came off of our classic characters. Not just Chucky, but some of the others that you may be hoping to see. There’s a good chance they may turn up.”