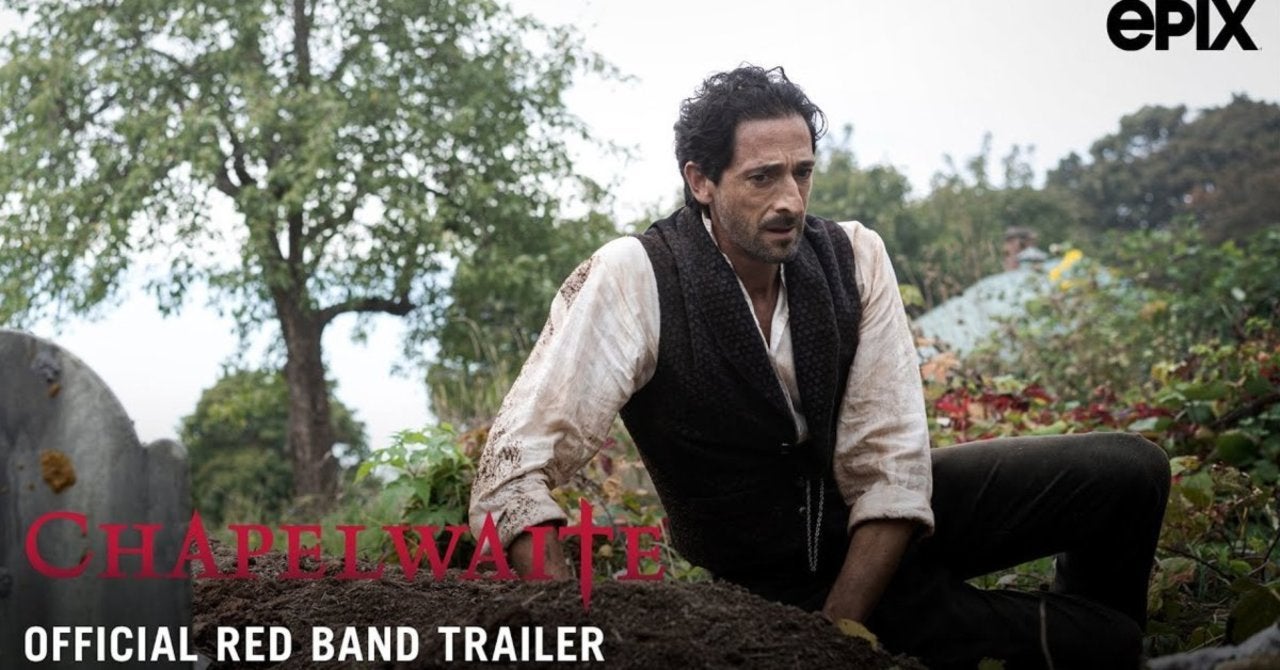 Epix has released a creepy and nightmarish new red-band trailer for the upcoming horror series Chapelwaite, which is based on Stephen King’s classic story “Jerusalem’s Lot.”

Adrien Brody stars in the series, which serves as a prequel to Salem’s Lot. The story is set in the 1850s, and it follows Captain Charles Boone (Brody) “who relocates his family of three children to his ancestral home in the small, seemingly sleepy town of Preacher’s Corners, Maine after his wife dies at sea. However, Charles will soon have to confront the secrets of his family’s sordid history, and fight to end the darkness that has plagued the Boones for generations.”

While in Preacher’s Corner, Boone and his family meets Rebecca Morgan (Emily Hampshire), “an ambitious young woman who left Preacher’s Corners to attend Mount Holyoke College, and has returned home with an advance to write a story for the new and prestigious Atlantic Magazine. Her writer’s block lifts when Boone arrives in town with his children, and despite her mother’s protests, Rebecca applies to be governess of the infamous Chapelwaite manor and the Boone family in order to write about them. In doing so, Rebecca will not only craft the next great gothic novel, she’ll unravel a mystery that has plagued her own family for years.”

Donald De Line is producing, and he previously brought us Ready Player One and Wayward Pines. The series is set to premiere on Epix on August 22nd, 2021.