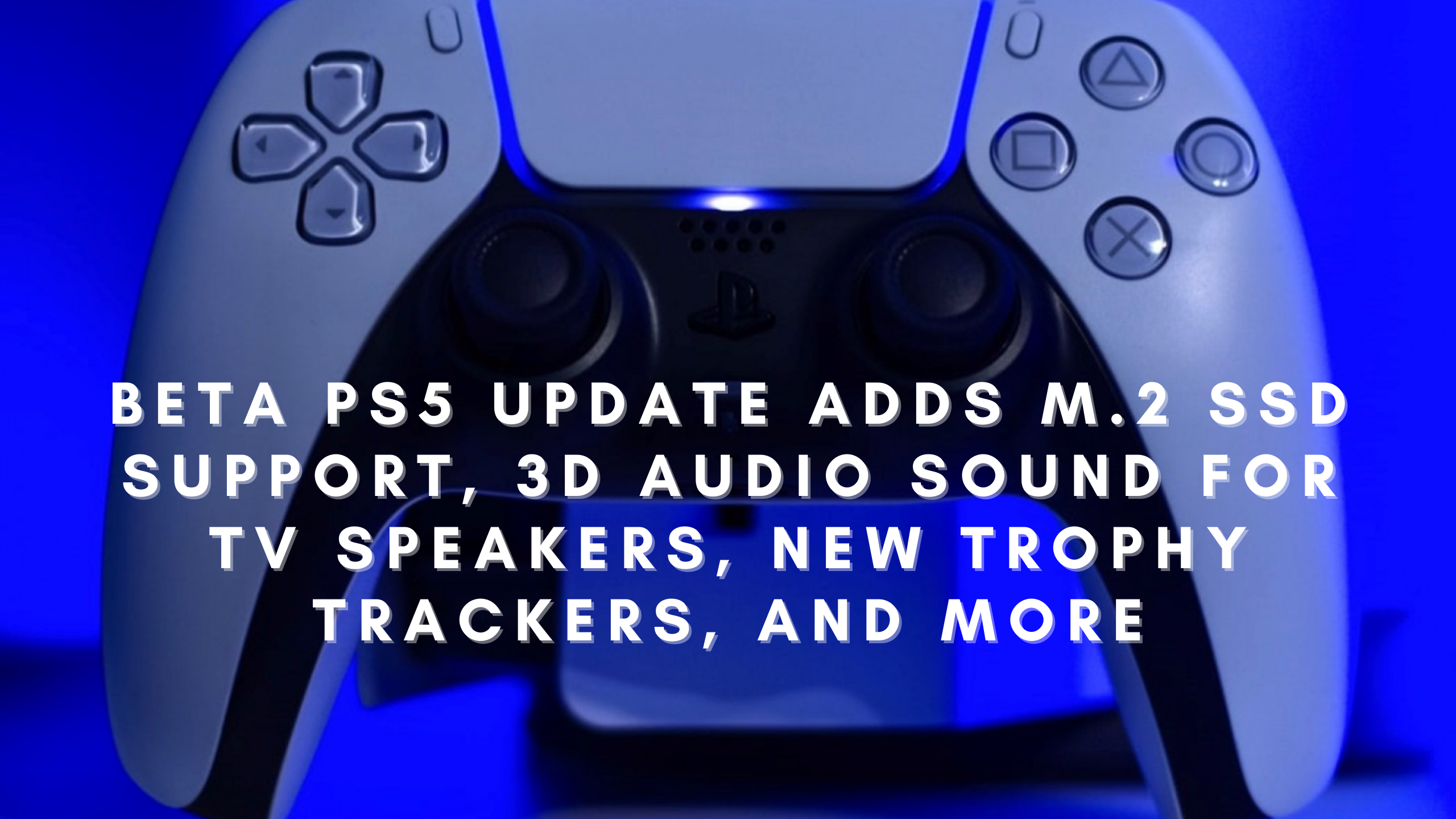 Sony’s first beta program for the PS5 begins today and it brings a few key changes to this generation’s system that are for the better. Including in the first update is the highly requested M.2 SSD slot as well as a few select UX enhancements, different customization options, and even a new Trophy tracker. The beta firmware update is available for a select group only, including PlayStation players from the United States, Canada, Japan, France, Germany, and the United Kingdom.

The company notes in its latest update that players only used a supported M.2 to expand the PS5’s storage. For those that may be a little confused on what an M.2 SSD even is, Sony describes it as a device that is “a high-speed solid state drive medium that PS5 beta users can install to upgrade the storage capacity of their PS5 console or PS5 Digital Edition console.

One thing to note is that using the M.2 does have the potential to overheat a PS5. According to the requirement update, “Using an M.2 SSD with your PS5 console requires effective heat dissipation with a cooling structure, such as a heatsink. You can attach one to your M.2 SSD yourself, either in a single-sided format, or double-sided format.”

Also included in the beta update is 3D audio support specifically for native TV speakers, which will utilize the system’s DualSense controller in order to determine the area of impact regarding 3D sound regulation.

Sony is also ensuring that games on the PlayStation Store and in the in-console library clearly distinct which titles are for PS5 and which ones are for the PS4. The Control Center is also seeing some tweaks, including more ways to personalize controls and message friends from the Game Base. The Friends tab in the Game Base is also getting a few UX tweaks, making it easier to see who is online.

Regarding the new Trophy tracker, the added change here is that players can immediately access up to five Trophies via the Control Center per game. For instructions on how to see if you qualify and to learn how to make sure everything is properly updated, check out the full FAQ sheet from Sony here.