Battlefield 2042 Trailer Shows Off Impressive Evolution Of The Franchise 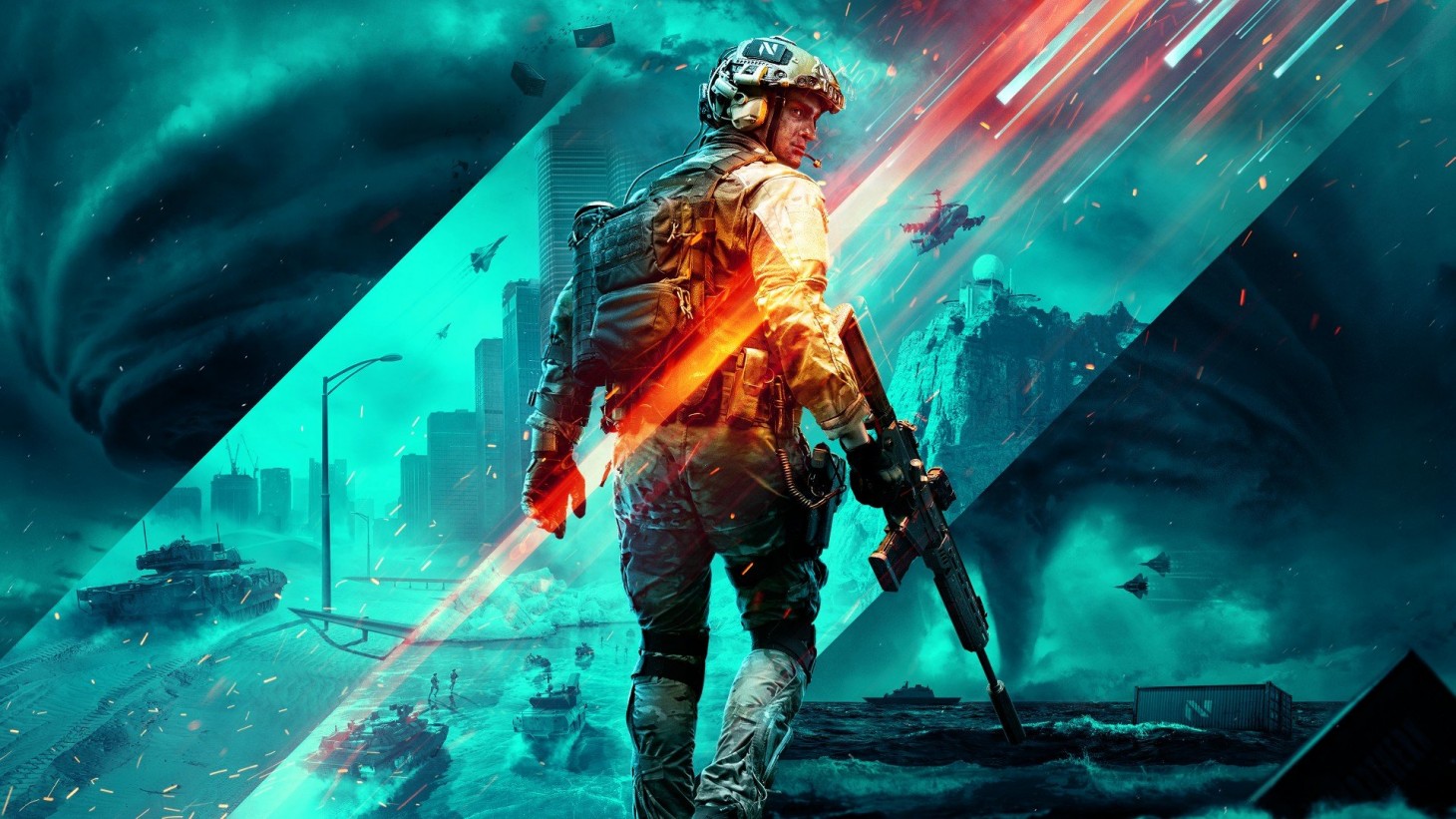 The next entry in the Battlefield franchise has been revealed. Battlefield 2042 has been announced with an official reveal trailer.

Battlefield 2042 is set in the near future and sets players to become a Non-Patriot. Non-Patrioted, or Non-Pats for short, aren’t just your standard soldier. They are the engineers of the world, the humble farmer, the impassioned teacher. They can be anyone, they can be you. They don’t fight for a flag or for a company, they fight for the future, a future you can be a part of with this new experience that offers new game modes, much larger maps, and literal tornadoes that you can run from or use to your advantage.

The trailer showcased an explosive intro as we see an armed team get blown from a cliff and the trailer features weapons, and different vehicles, this trailer is jam packed with excitement.

This is an impressive change from what we saw in Battlefield 5. DICE is putting out all the stops here with an increased player limit of 128 players on PlayStation 5, Xbox Series X, and PC. PlayStation 4 and Xbox One players will be downsized to 64 due to the limits of the consoles, but DICE has promised that the lower player count will not hinder the impact of the game’s overall style and feel.

DICE also gave us a look at some of the playable characters or “Specialists.” These characters have backstories and fewer limits than before. What this means? There is no longer a limit on the loadouts for the specialist as there was before depending on the specialist you had chosen.

The Special ability remains locked to preserve the uniqueness felt in each Specialist, the guns players can use are open no matter who you choose. This works even better with the combat wheel shown off, an option that allows Non-Pats to tailor their gear to the battle mid-match. Love to go sniper but suddenly found yourself in close-quarters combat? Pull up the wheel and switch out your weapon. Customize your scope. Trade out your gear and make the game yours.

Among other changes to the formula, the game will introduce new tornadoes that move around the map, wingsuits so players can fly around, and weapons that can be customized on the fly.

Battlefield 2042’s new maps reflect this bleak setup. They include a map set in the Antarctic where players fight over oil, a version of Doha besieged by sandstorms like something from Mad Max, a dried-up seabed in India filled with the remains of stranded ships, and a gleaming South Korean metropolis where players have to seize control of “a quantum powered disinformation hub.” Dynamic events appear to be a big focus; one map takes place amid a rocket preparing to launch into space.

Battlefield 2042 will also have a squad-based mode called “hazard zone” (which, Dice stresses, will not be a battle royale), as well as a third, yet-to-be-announced multiplayer mode. The game won’t feature a traditional single-player campaign.

Overwatch crossplay is happening – no cross-progression