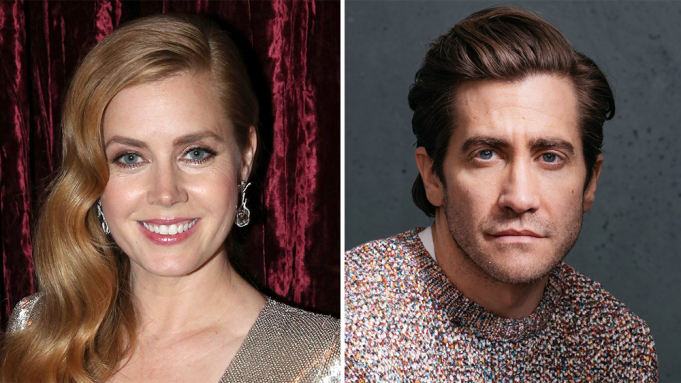 Adams will play Simard, who is something of a scientific detective, as she first discovered how trees communicate underground through an immense web of fungi. Although her groundbreaking work was once ridiculed, it has since been praised as having “planetary significance,” according to Variety.

Adams and Stacy O’Neil will produce for Bond Group Entertainment, while Gyllenhaal and Riva Marker will produce for Nine Stories. Though Finding the Mother Tree was just published on Tuesday, the two production companies won the rights in a competitive situation, as the book has been racking up strong reviews. Kate Clifford will oversee the project for Bond Group, while Noah Stahl will oversee on behalf of Nine Stories. There’s no distributor attached yet, but expect them to line up for what feels like it could be an awards contender, especially given Adams’ six prior Oscar nominations.

In a statement, Gyllenhaal and Marker said:

“Finding the Mother Tree is a rare and moving book—part charming memoir, part crash course in forest ecology. And yet, it manages to be about the things that matter most: the ways we care for each other, fail each other and listen to each other. After the last year and a half, its lessons about motherhood, connection and the natural world are more timely than ever, and we are thrilled to partner with Amy, Stacy and their company, and Suzanne Simard to adapt this majestic story to film.”

“Suzanne’s novel has been an inspiration. Creatively, it excited us with a narrative about the awe-invoking power of nature and the compelling parallels in Suzanne’s personal life. It forever transformed our views of the world and the interconnectivity of our environment. Finding the Mother Tree is not only a deeply beautiful memoir about one woman’s impactful life, it’s also a call to action to protect, understand and connect with the natural world. We’re thrilled to partner with Jake & Riva to bring Suzanne’s important life story to screen and expand the reach of her groundbreaking work.”

Simard also said in a statement:

“The forest has taught me that our relationships—with each other and with the trees, plants, and animals around us—are what make our lives beautiful, strong, and healthy. I’m thrilled to be partnering with the visionaries at Nine Stories and the Bond Group to bring this story to the screen and share it with people everywhere.”