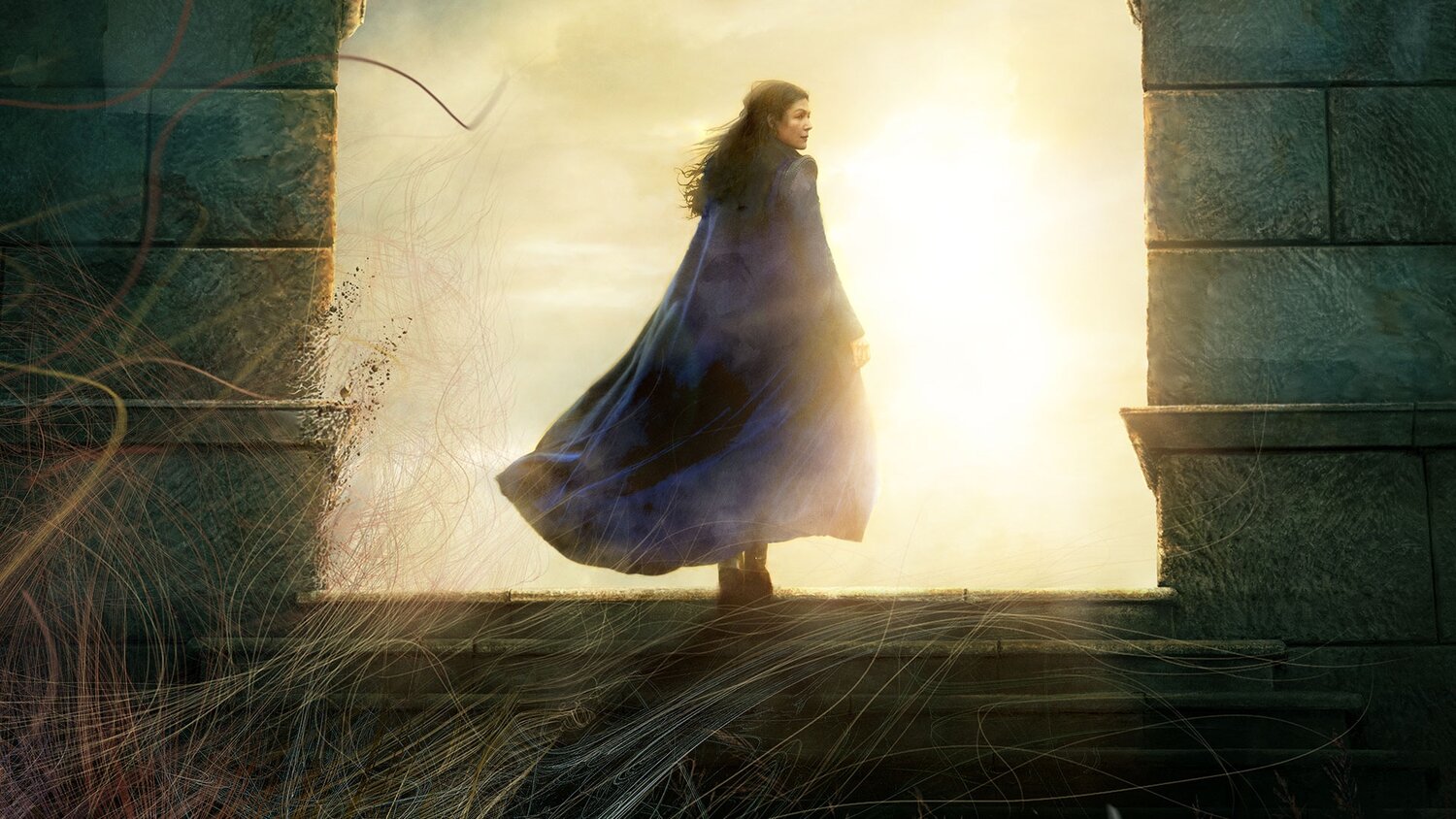 Amazon Original Series THE WHEEL OF TIME Series Gets a Poster and a Premiere Date.

Amazon Prime recently announced at Comic-Con@Home that its upcoming fantasy series The Wheel of Time will debut in November 2021. A poster was also shared and it features Rosamund Pike in the role of Moiraine.

The series is based on Robert Jordan’s fantasy novels, the story of which “is set in a high fantasy world where magic exists, but only certain women are allowed to access it. The story follows Moiraine (Pike) a member of a magical, shadowy, and influential all-female organization who leads five young people on a journey around the world, one of whom is prophesied to be the Dragon Reborn (Josha Stradowski), a powerful individual who will either save humanity or destroy it.

Moiraine, a member of a magical. shadowy and influential all-female organization who leads five young people on a journey around the world while trying to learn which one of them will fulfill the prophecy of the Dragon Reborn.

Rafe Judkins, and Uta Briesewitz are the showrunners of the show with Briesewitz set to direct the first two episodes.