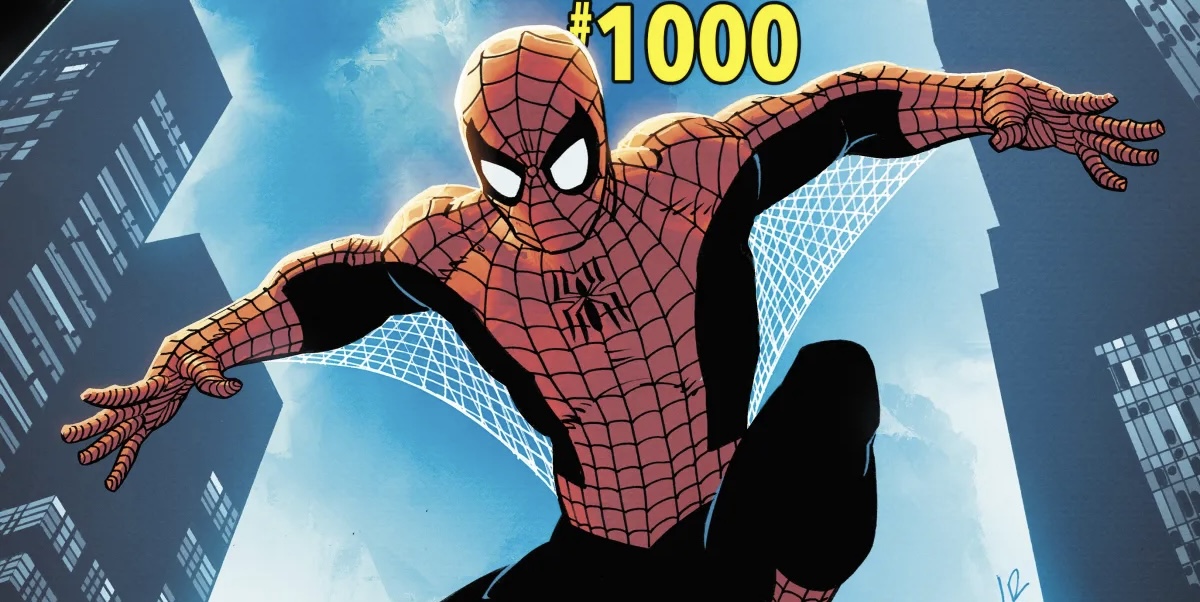 Marvel Comics has announced a new giant-sized one-shot coming this August that will bring together some of the most iconic creators in the comic book industry to celebrate Spider-Man’s 60th anniversary. Amazing Fantasy #1000 joins the previously announced relaunch of Spider-Man, stunning variant covers, and much more that is planned as we celebrate the friendly neighborhood Spider-Man’s 60 years of web-slinging.

The milestone anniversary brings a special giant-sized issue that includes the talents of acclaimed creators including Neil Gaiman, Armando Ianucci, Michael Cho, Anthony Falcone, Ho Che Anderson, Jonathan Hickman, and many more in a collection of stories that will explore both the past and future of Spider-Man and will leave an impact on the mythos during this landmark issue.

Here is what Marvel has in store in Amazing Fantasy #1000:

Marvel editor Nick Lowe talked about wanting to bring some of the greatest creative minds together for this issue in the press release, saying:

Amazing Fantasy #1000 will be available at your favorite local comic shop and digitally in August. Stay tuned for more reveals for the iconic celebratory issue coming soon.