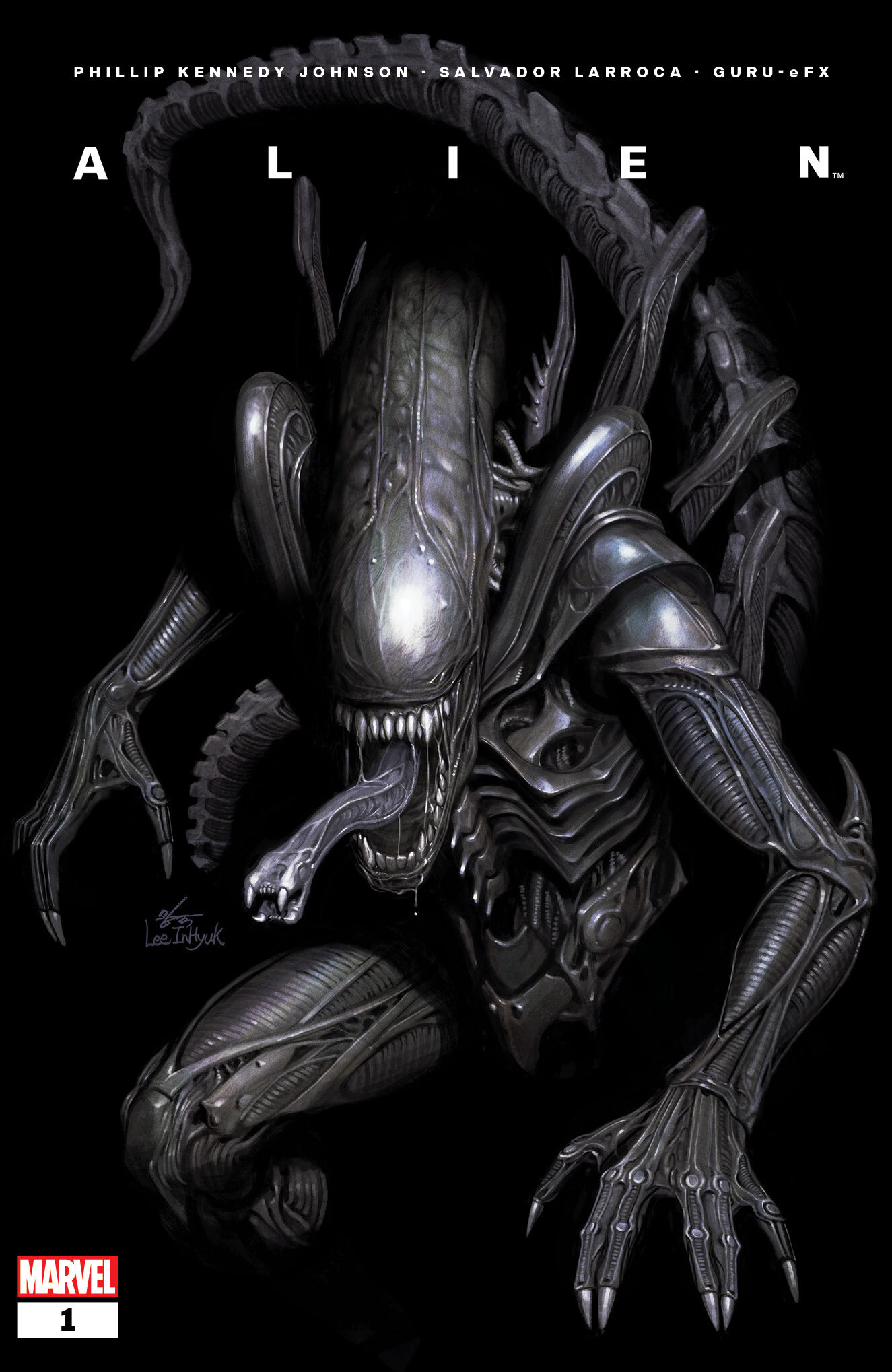 A CINEMATIC HORROR ICON MAKES ITS MARVEL COMICS DEBUT IN THE ALIEN #1 TRAILER!

Get your first look at ‘Alien’ #1 by Philip Kennedy Johnson and Salvador Larroca!

ALIEN is coming! Marvel’s first venture into the iconic—and terrifying—world of the ALIEN franchise arrives next month. This exploration of never-before-seen corners of the Alien universe will entertain both longtime fans and newcomers to the legendary horror/science-fiction saga as writer Phillip Kennedy Johnson and artist Salvador Larroca tell an all-new tale of the titan of horror and science fiction that has scared audiences for decades.

The new series will introduce readers to Gabriel Cruz who years ago almost literally gave his life to Weyland-Yutani when he barely survived an alien attack. Recently retired, Cruz is trying to patch things up with his abandoned son with the help of his friend, a Bishop-model android, but his re-entry into civilian life is not going smoothly…and his encounters with the deadly Xenomorph are far from over. No one is safe. No one is innocent. And no one can hear you scream. See the terrors in store in this all-new thrilling trailer, featuring never-before-seen artwork from the highly anticipated issue.

“As a lifelong superfan of the franchise, getting to write the launch of Marvel’s ALIEN was one of the biggest thrills of my writing career,” Johnson told Newsarama in a recent interview. “ALIEN coming to Marvel feels like the beginning of a new era for the franchise, especially with the announcement of the upcoming TV series, and the gravity of being the first writer of that era is definitely not lost on me. After all the amazing work Marvel has done with the Star Wars franchise, I know the fans want to see greatness come from ALIEN as well, as they should. We’re all giving everything we have to deliver on that, and I’m confident fans will love what they see.”

Visit Marvel.com now an exclusive first look and don’t miss this historic addition to the Alien legacy when ALIEN #1 arrives on March 24th.

The Seasons Have Teeth: A Photographer Looks to Bring Color to His Drab World in New Mini-Series