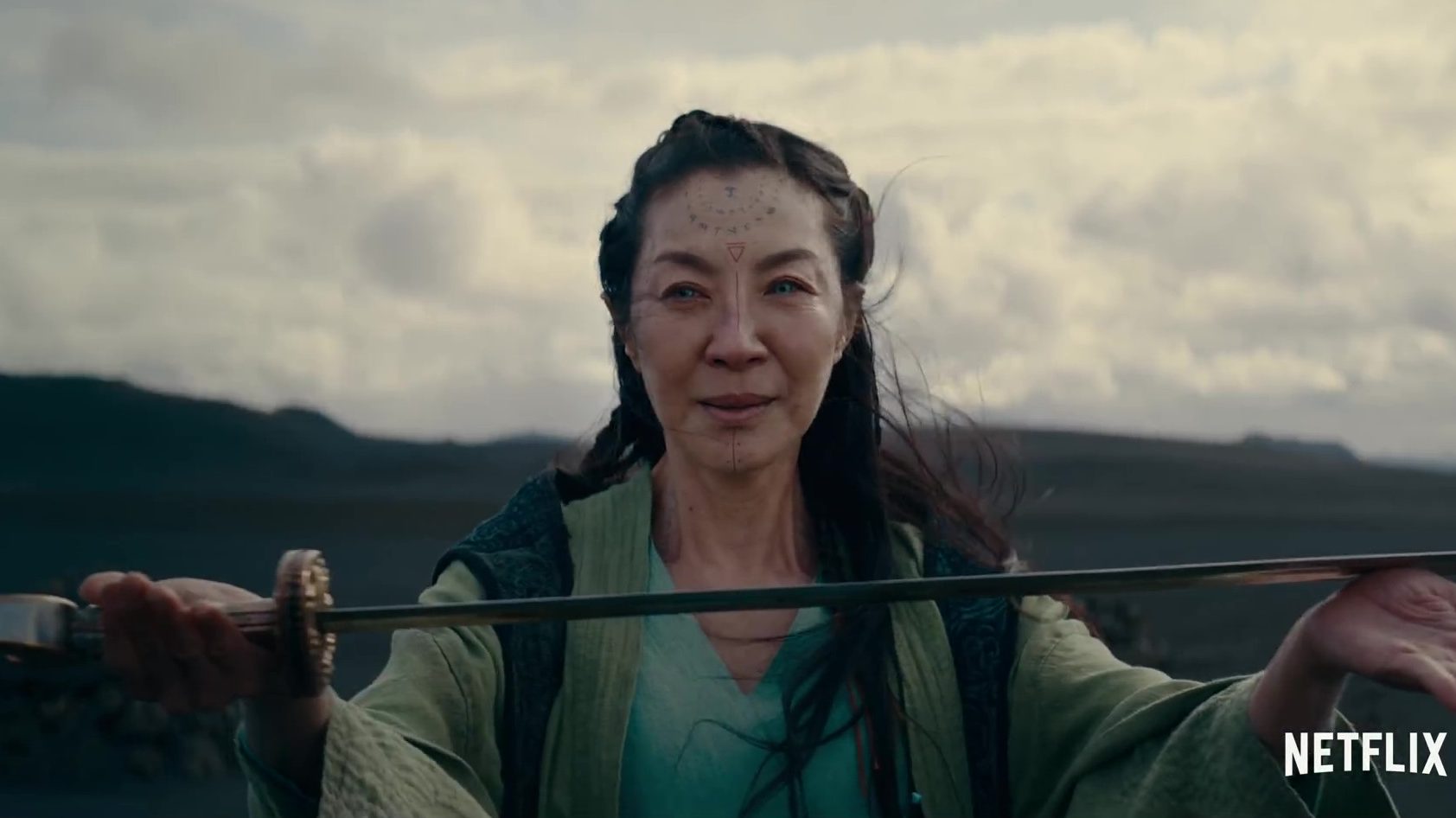 With season 2 of Netflix‘s The Witcher in full swing, Netflix has also revealed a trailer for the upcoming prequel series The Witcher: Blood Origin. The series will take place in the same universe that we have seen Henry Cavill‘s Geralt of Rivia slay countless monsters in, but will shine the light on the elven lineage in the world. The series will follow Michelle Yeoh‘s Scian and fans will:

There’s no Geralt in the trailer, but Netflix does not that Blood Origin will focus on the Conjunction of the Spheres, which is a pivotal part in paving the way for Geralt’s journey in the world 1200 years later.