5 of the Most Famous Toyota Vehicles in Movies 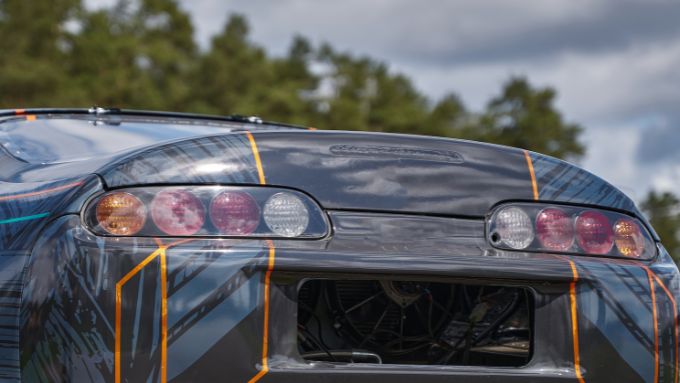 We’re so used to seeing product placement in movies and TV shows. Some of these ads are as subtle as every character seemingly enjoying the same brand of potato chips, while others are more overt and have the characters talk about the product and its features.

Product placement is widespread when it comes to vehicles, as thousands of films have instances of characters driving a car, and which car they drive is often the result of a product placement deal. Today, we’re looking at five of the most famous vehicles in movies, specifically from the Japanese vehicle manufacturer, Toyota.

5. Toyota Tacoma SR5 Pickup – Back to the Future

There’s no denying that the DeLorean is the vehicle most people think about when you mention Back to the Future, but it’s worth noting the decked-out black Toyota SR5. This truck is what Marty McFly sees when he opens the garage, and it acts as his dream car. It’s just a shame this one can’t travel through time.

In 2003, this sturdy black truck made its mark in the third mainline movie in the Terminator franchise. The overall film left audiences feeling underwhelmed, but the vehicle got a fantastic chase sequence. Toyota even created a limited-edition T3 Tundra to promote the movie, though these are hard to find.

The Sonic the Hedgehog movie ended up way more incredible than it had any right to be. It wasn’t just a video game movie but also the old trope of cartoon characters interacting with real people. However, the film was a lot of fun, and many fans remember the scene of Tom and Sonic driving a silver Toyota Tacoma along the highway while fighting off robots. The truck ends up taking a beating but still leaves an impression.

2. Toyota Supra – The Fast and the Furious

The decked-out bright orange 1994 Toyota Supra seen in The Fast and the Furious was one of the cars driven by the late great Paul Walker. The iconic car sold for over $550k at auction in 2021.

Without a doubt, the most famous Toyota vehicle in movies has to be the yellow pizza delivery truck from the fictional restaurant chain, Pizza Planet. This truck first appeared in Pixar’s debut film, Toy Story, in 1995, presumably to use the “Toy” in “Toyota” as a clever gag. I bet the designers and animators at Pixar weren’t expecting that nearly 30 years later, the truck would still appear in almost every single Pixar film as a cameo or Easter Egg.

The Pizza Planet Truck even appeared in Pixar’s latest adventure, Lightyear, with the only film omitting the iconic yellow truck being The Incredibles in 2004.

Rob Zombie’s The Munsters Releasing On Netflix This Fall