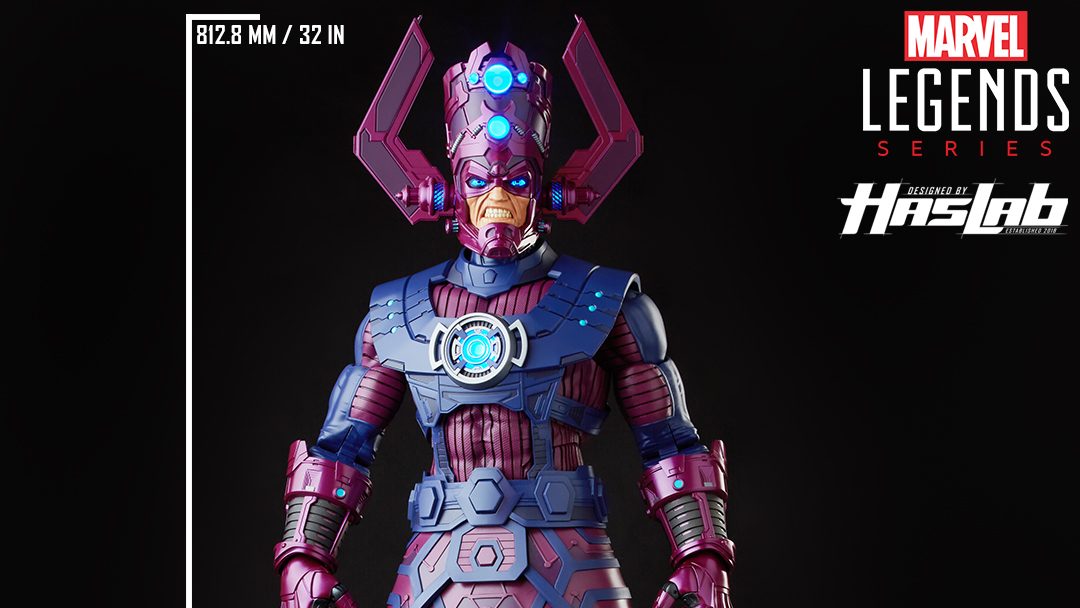 New 32-Inch-Tall GALACTUS Figure Will Devour Your Other Collectibles.

Hasbro’s “Haslab” has announced a new 32-inch-tall Galactus figure. The new figure is the largest figure to come out of Haslab’s Marvel Legends line, beating the 26.3-inch-tall Sentinel figure.

Haslab recently announced the epic Galactus, which is already available for purchase online. As with other Haslab figures, including the Sentinel, the Galactus figure will need 14,000 “purchases” before Hasbro will actually produce it. If the target’s hit, however, the figure will ship in Fall 2022.

The (relatively) gargantuan planet-consumer includes more than 300 pieces, as well as LED lights in the head and chest. The figure also comes with three swappable faces for alternative expressions. The Fantastic Four figure that you will see in the figure below is just meant for pure hype and won’t be included, sorry geeks.

This figure is also a devourer of wallets as it comes with a $399.00 price tag, plus shipping and tax of course. The giant figure also needs approximately 11,000 more backers in the next 45 days, or the project will be discarded.