Your First Look at the Final Battle in
THE LAST WITCH #5 from BOOM! Studios 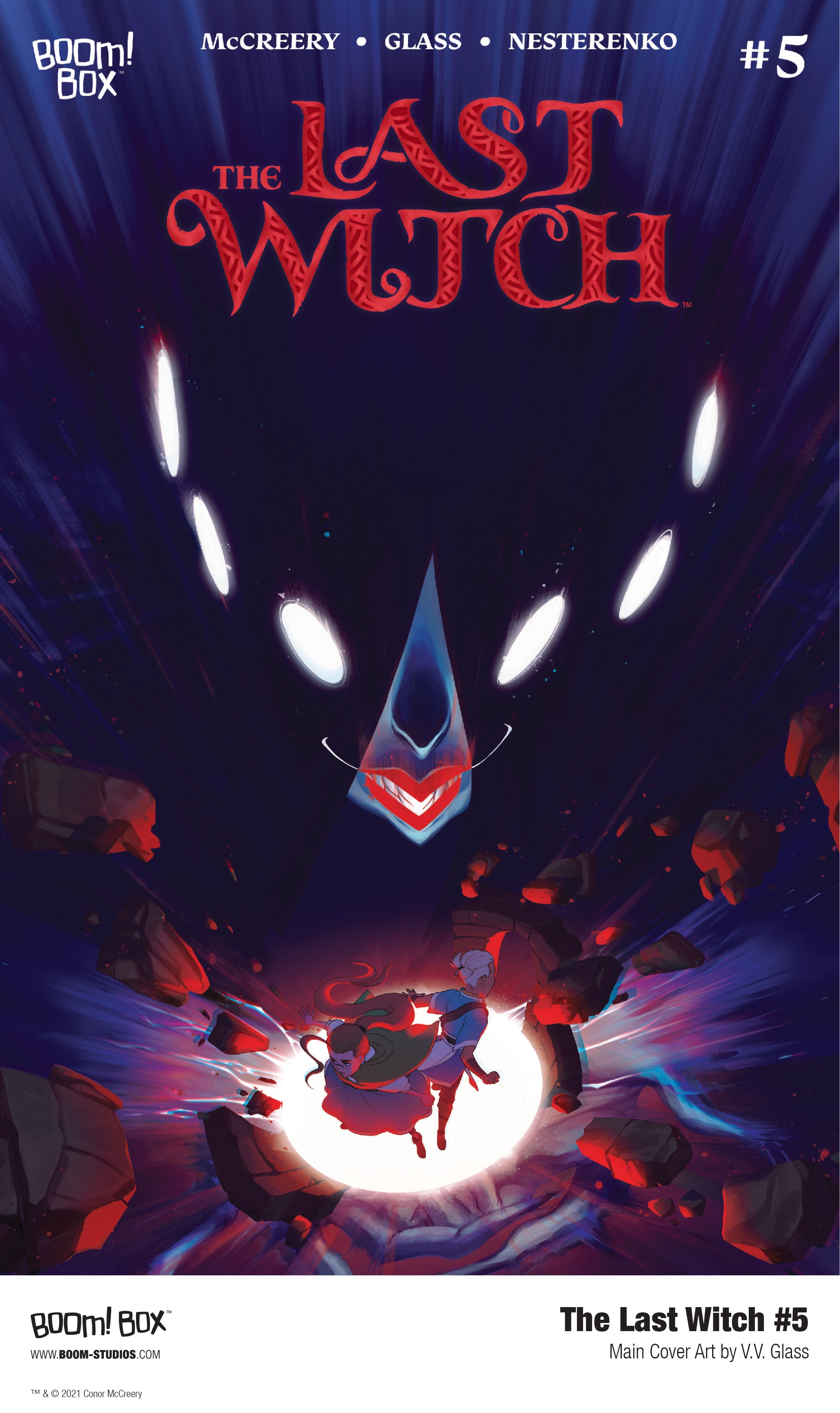 BOOM! Studios today revealed a first look at THE LAST WITCH #5, the final issue of the new original series from writer Conor McCreery (Kill Shakespeare), artist V.V. Glass, colorist Natalia Nesterenko, and letterer Jim Campbell, a young adult fantasy comic book series that shows that the greatest magic of all lies inside of us, available in May 2021.

The final battle has arrived – Saoirse vs Badb! With the full power of the Cailleach against her, can Saoirse avenge her hometown and protect her family from further tragedy?

Print copies of THE LAST WITCH #5 will be available for sale on May 5, 2021 exclusively at local comic book shops (use comicshoplocator.com to find the nearest one) or at the BOOM! Studios webstore. Digital copies can be purchased from content providers, including comiXology, iBooks, Google Play, and Madefire.