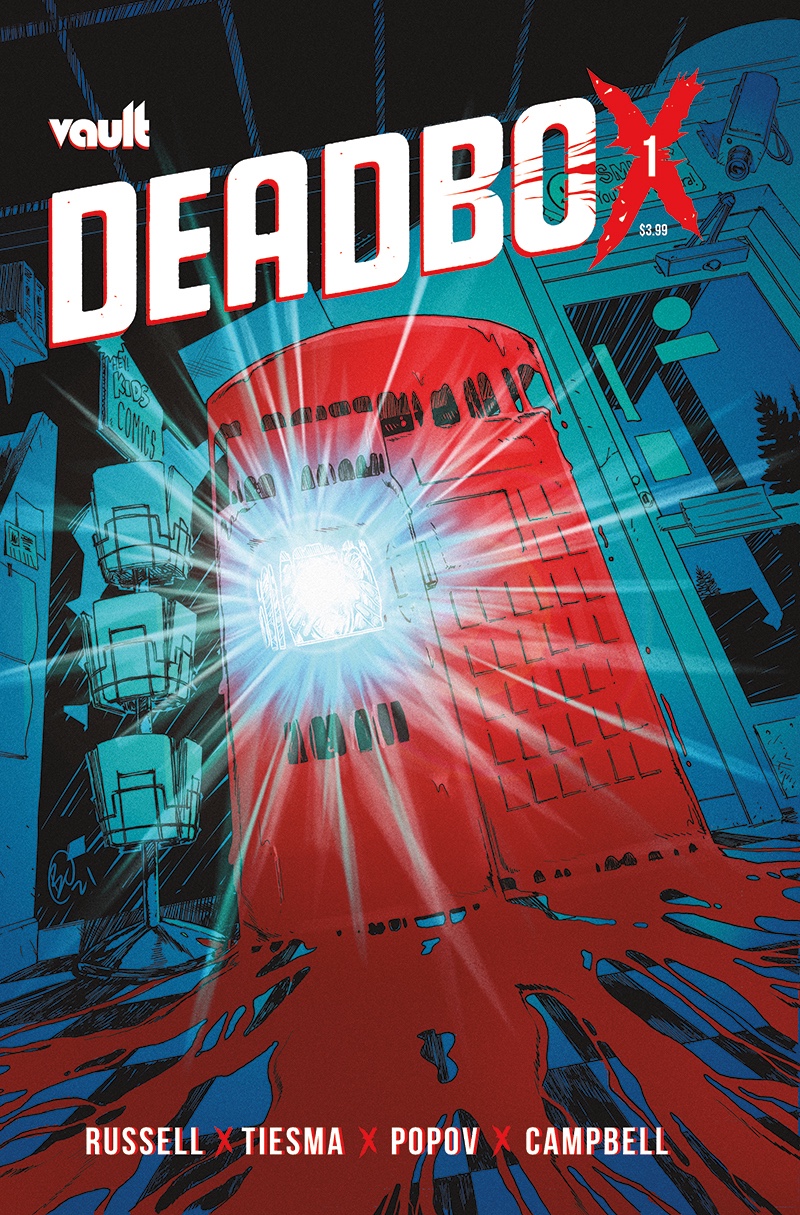 DEADBOX is a horror story set in the town of Lost Turkey, where the main source of entertainment is a cursed DVD machine that seems to know more about the fate of its citizens than they do.

“I wrote DEADBOX as a horror story, not just about a cursed DVD rental machine, but also about the feeling of being trapped, boxed if you will, in a town that doesn’t get you and a place you will never feel at home in no matter how long you live there. As a kid who felt, in many ways, trapped by his upbringing and sought personal escape in movies, DEADBOX tells a story that’s deeply personal to me, even though it’s about something as goofy as haunted movies. My hope is that as fewer and fewer Americans begin to recognize the place they call home, this will have a personal meaning for them, too. That we can each, in our own way, find a way to survive the horror of the everyday.”

DEADBOX #1 will hit store shelves in August 2021. The entire series will feature a line of variant covers from Vault Cover-Artist-in-Residence, Corin Howell.

EARTH’S MIGHTIEST HEROES GET A NEW POWER UP IN TECH-ON AVENGERS!