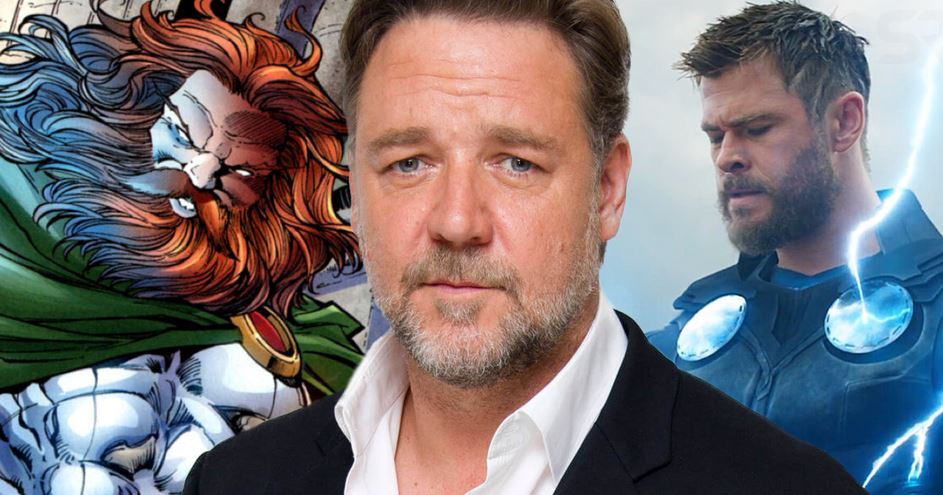 Crowe confirmed the role of Zeus himself in Thor: Love and Thunder during an appearance on the Australian radio show JOY Breakfast with The Murphy’s.

“I’m going to get up on my bicycle, I’m going to ride up to Disney/Fox Studios, and around about 9:15, I shall be Zeus.”

He also revealed that it would be his last day of filming, adding,

“It’s for Thor. It’s my last day of Zeus-ing about and I’m going to enjoy it.”

Marvel Studios is currently filming the fourth installment of Chris Hemsworth’s Thor franchise in Australia. The upcoming blockbuster directed by Taika Waititi features one of the Marvel Cinematic Universe’s biggest casts for a standalone movie to date. Familiar characters like Jane Foster (Natalie Portman), Valkyrie (Tessa Thompson), and the Guardians of the Galaxy will all appear, but the movie will also bring some new actors to the MCU. This includes Christian Bale as Gorr the God Butcher and Melissa McCarthy as fake Hela.

Listen to the clip below:

According to Marvel Fandom, Zeus, or Zeus Panhellenios, is a member of the Olympians, a group of humanoid beings that hail from the pocket dimension of Olympus. He was worshiped by the humans of Ancient Greece and the Roman Empire. He is supreme monarch of the Olympians, God of the heavens, sky, and weather.