The Vengeful Witch Reveals Her Final Trick in MAMO #4

Avengers: War Across Time - The Original Avengers Assemble for the Greatest Kang Saga of All Time

Wynd: The Throne in the Sky #2 First Look Reveals the Dangers Ahead in the Unknown Mountains 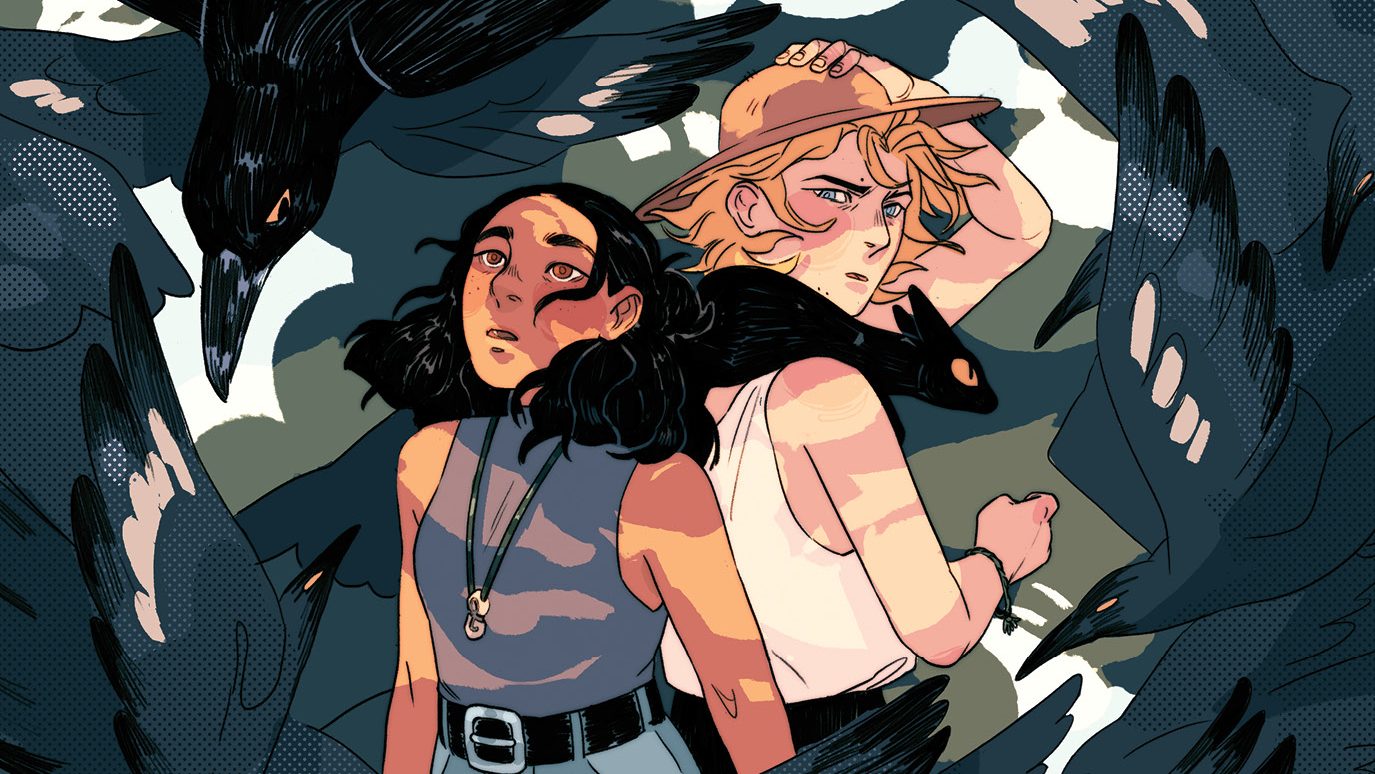 The Vengeful Witch Reveals Her Final Trick in MAMO #4

BOOM! Studios today revealed a first look at MAMO #4, the penultimate oversized issue in the five-issue debut comic book series from acclaimed illustrator and rising star cartoonist Sas Milledge (The Lost Carnival: A Dick Grayson Graphic Novel), about a young hedge witch who returns to her hometown after her grandmother’s death, only to find an unlikely new friend and a series of mysterious magical disturbances that need to be solved, available in October 2021.

Mamo’s final trick is revealed! Will Orla be able to escape the trap her grandmother set from beyond the grave? And with tensions rising, will Orla and Jo’s burgeoning friendship survive, or is Orla going to have to face Mamo’s angry spirit all on her own? Orla struggles with the fact that if she saves Haresden, she’ll be stuck there forever, but if she doesn’t, the town will fall to chaos and be destroyed. Which will she choose, or is her destiny already written?

MAMO is the latest release from BOOM! Studios’ award-winning BOOM! Box imprint, home to groundbreaking original series such as Lumberjanes by Shannon Watters, Grace Ellis, Brooklyn Allen, and Noelle Stevenson; Juliet Takes a Breath by Gabby Rivera and Celia Moscote; Giant Days by John Allison, Lissa Treiman, and Max Sarin; Specter Inspectors by Bowen McCurdy and Kaitlyn Musto; The Last Witch by Conor McCreery and V.V. Glass; Ghosted in LA by Sina Grace and Siobhan Keenan; The Avant-Guards by Carly Usdin and Noah Hayes; Fence by C.S. Pacat and Johanna the Mad; Goldie Vance by Hope Larson and Brittney Williams; educational series Seen: True Stories of Marginalized Trailblazers; and Save Yourself! by Bones Leopard and Kelly and Nichole Matthews.

Print copies of MAMO #4 will be available for sale on October 13, 2021 exclusively at local comic book shops (use comicshoplocator.com to find the nearest one) or at the BOOM! Studios webstore. Digital copies can be purchased from content providers, including comiXology, iBooks, Google Play, and Kindle.