THE GOOD ASIAN IS A BREAKOUT HIT, FAST-TRACKED FOR REPRINT 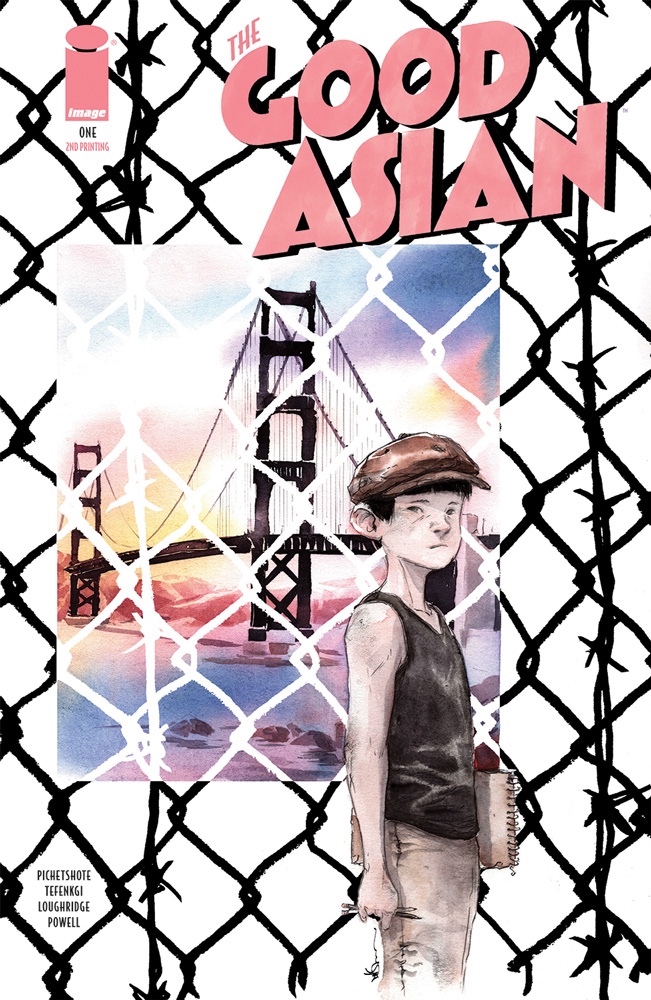 The hot new series The Good Asian by bestselling Infidel writer Pornsak Pichetshote and fan favorite artist Alexandre Tefenkgi (Outpost Zero) has sold out at the distributor level and is being fast-tracked by Image Comics for a reprint.

The series was originally announced as a nine issue miniseries, but due to the overwhelming success of the comic—and an abundance of story yet to be explored—it will be extended into a ten issue run.

“For a person who makes a living stringing words together, I’m having a hard time finding ones that appropriately encompass how sincerely honored, grateful, and blown away I am by the book’s reception. A comic centering around Asian-American history was always going to be a risk, but the support the book’s gotten from Image, fellow creators, retailers, and especially the readers have really underscored why I love comics as much as I do,” said Pichetshote.

Tefenkgi added: “There’s nothing more gratifying than working with passion to give a distinctive voice to a story and seeing that this voice is heard by your audience. I’m beyond grateful. Can’t wait to continue the dialogue.”

Similar to the lauded series Infidel—which NPR named one of their “100 Favorite Horror Stories” and included in their Best Books of the Year list—this meticulously researched new series from Pichetshote and Tefenkgi explores race through a genre lens and has been a particularly timely read for fans in search of content to support during Asian American and Pacific Islander Heritage Month.

The Good Asian has gone on to garner mainstream media appeal with coverage of the series appearing across many news outlets including Entertainment Weekly, The Hollywood Reporter, and the Los Angeles Daily News, among others, as well as being praised by Asian Review of Books in an early review of the debut issue.

The Good Asian is also available for purchase across many digital platforms, including Amazon Kindle, Apple Books, comiXology, and Google Play.