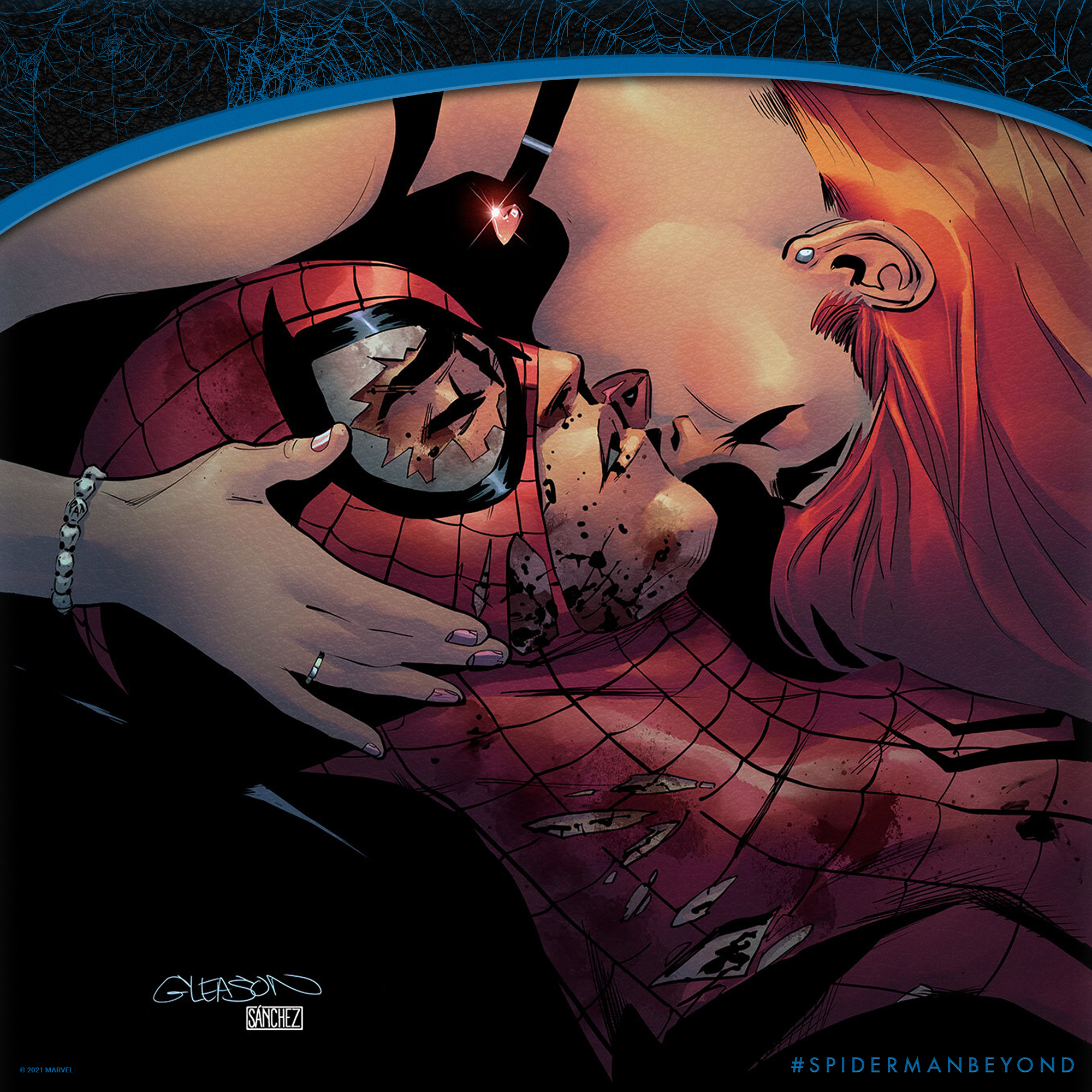 SPIDER-MAN BEYOND: Marvel Teases the Death of Spider-Man.

SPIDER-MAN BEYOND: Marvel took to Twitter and a cryptic press release to release promo art teasing what appears to be the death of Spider-Man.

The images all shared the #SpiderManBeyond hashtag and we first got a reveal from Zeb Wells with the following image:

Marvel previously announced that Nick Spencer will be departing Amazing Spider-Man in September after the release of the whopping 80-page Spider-Man #74 which will also be the milestone 875th issue.

“The last three years of Amazing Spider-Man have been Nick Spencer’s love letter to his favorite character and comic,” editor Nick Lowe said. “He may be the biggest Spidey fan ever as evidenced from the fact that he read every Spider-Man comic in preparation for his landmark run. From #1 all the way through #74, Nick (along with Ryan Ottley, Humberto Ramos, Patrick Gleason, Mark Bagley and more) has gone huge with more villains, more supporting characters, and more punishment for Peter Parker. From ‘Hunted’ to ‘Sins Rising’ to ‘Last Remains’ to ‘King’s Ransom’ to ‘Sinister War’ and now to the ultra-sized finale ‘What Cost Victory’ Nick will bring his web-slinging rollercoaster ride back into the station in a way you’ll never forget!”

These teases could possibly be related to the plans for the web slinger post Spencer era. Marvel’s press release had this to share with the remaining images: