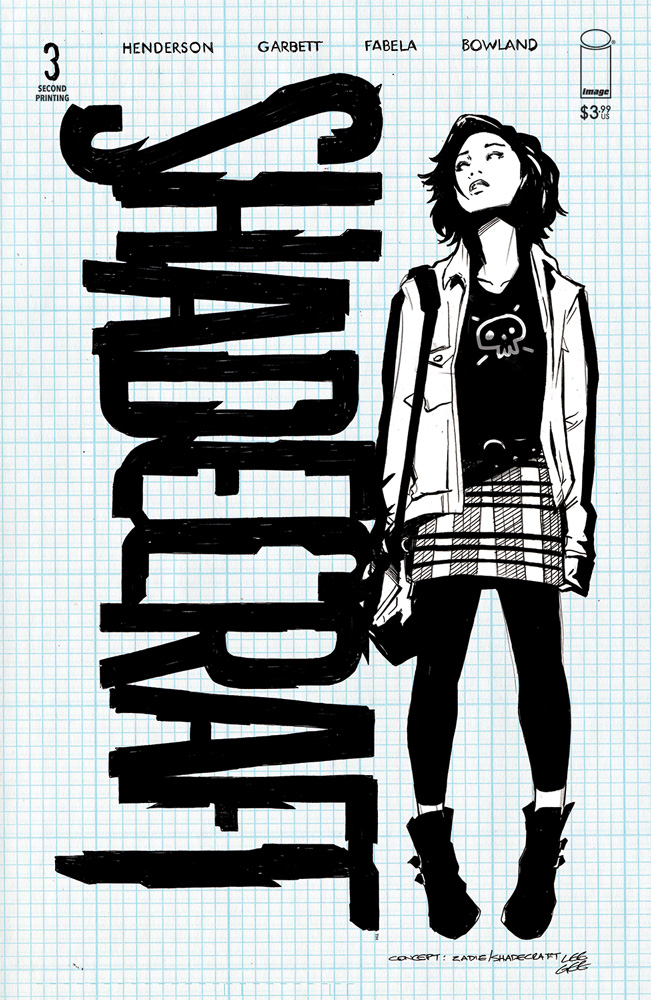 Today Shadecraft #3 by Joe Henderson and Lee Garbett hit comic shops’ shelves and sold out instantly at the distributor level. Image will fast-track a reprint of this latest issue in the popular series and with new cover art by Garbett.

“We are so grateful to readers for giving our book a chance, and so thrilled that people are loving it so much, because WE love Zadie Lu and telling her story!!” said Henderson.

In Shadecraft, readers meet Zadie Lu, who is afraid of her own shadow. She’s a teenager, so she REALLY should have grown out of it by now, right? But something weird is happening in her small town. Zadie could swear the shadows are coming to life. Watching her. Trying to KILL her. But how do you fight something you can’t even touch? And how does all of this tie into her FAMILY, of all things?

In Shadecraft #3, Zadie has discovered the source of the shadows…and that they can be controlled. Dare she try and wield this incredible power? HELL YES she dares. And she’s damn good at it, too! But when someone Zadie cares about ends up in danger because of her, the fun and games become a matter of life or death…

Upon launch, the Shadecraft series caught the early attention at Netflix. The streaming platform preemptively picked up Shadecraft for a TV development deal with Henderson onboard to co-write the pilot with Georgia Lee and Garbett attached as a producer.

Shadecraft is also available for purchase across many digital platforms, including Amazon Kindle, Apple Books, comiXology, and Google Play.