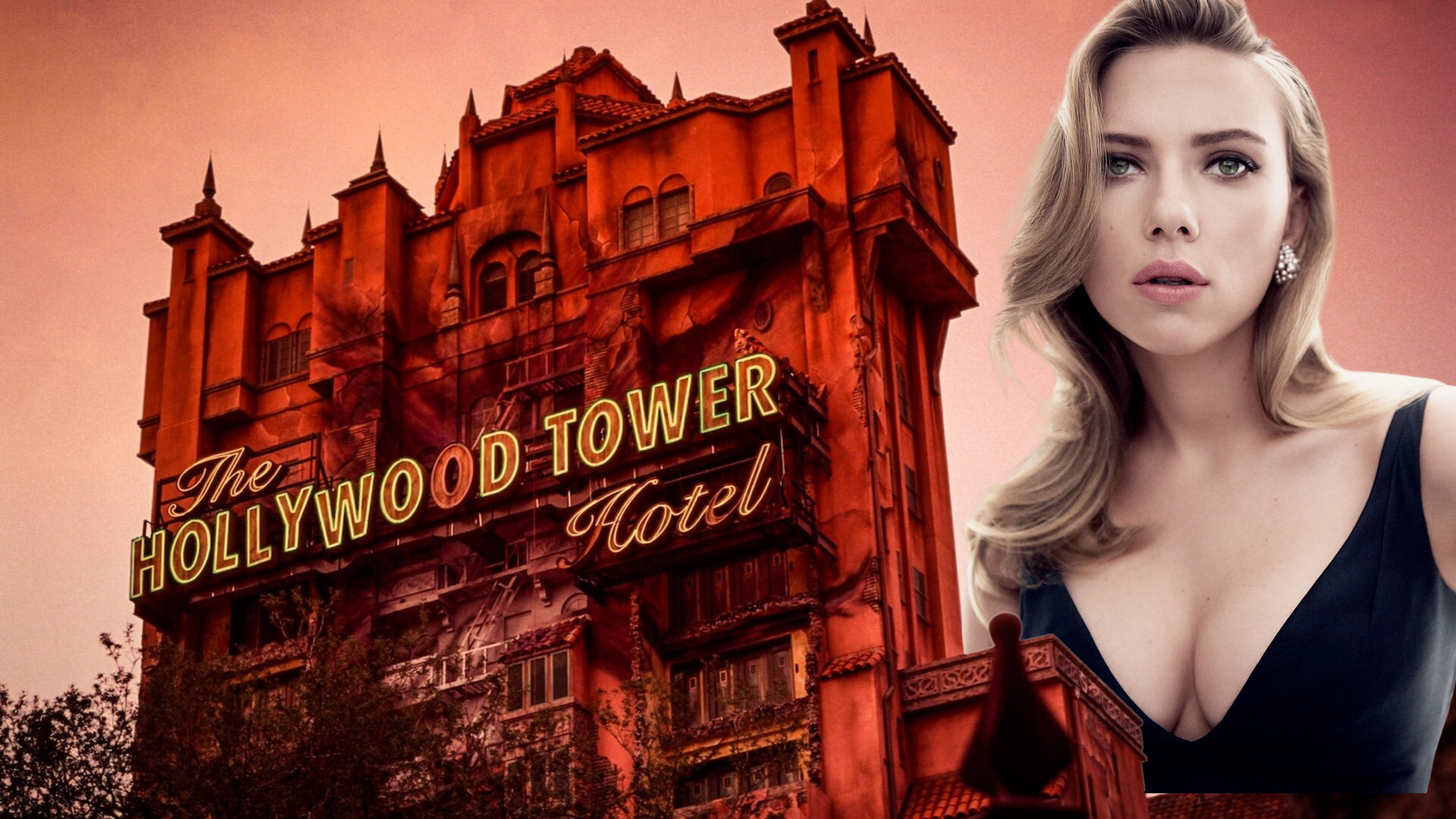 Scarlett Johansson Will Star in and Produce Disney’s TOWER OF TERROR Movie.

Scarlett Johansson is set to star in a produce Disney’s Tower of Terror movie. The movie is based on the Disney theme park attraction that is now the Guardians of the Galaxy: Mission Breakout.

The ride was previously adapted into a 1997 TV movie starring Steve Guttenberg and Kirsten Dunst.

The project is now being developed by director and scribe Josh Cooley. He is writing the script, so there are no plot details to share regarding the plot.

John August (Big Fish and Frankenweenie) was hired to write a script prior and that plot centered on:

“The central conceit was that the building’s elevator moves through time. A 1920 band leader and a 2020 urban spelunker have to escape through many eras of LA history, stretching back to the Stone Age.

“It was a little Time Bandits, a little Groundhog Day, a little Back to the Future. I think it would have been fun. But it wasn’t what Disney wanted. (And then the ride closed.)”