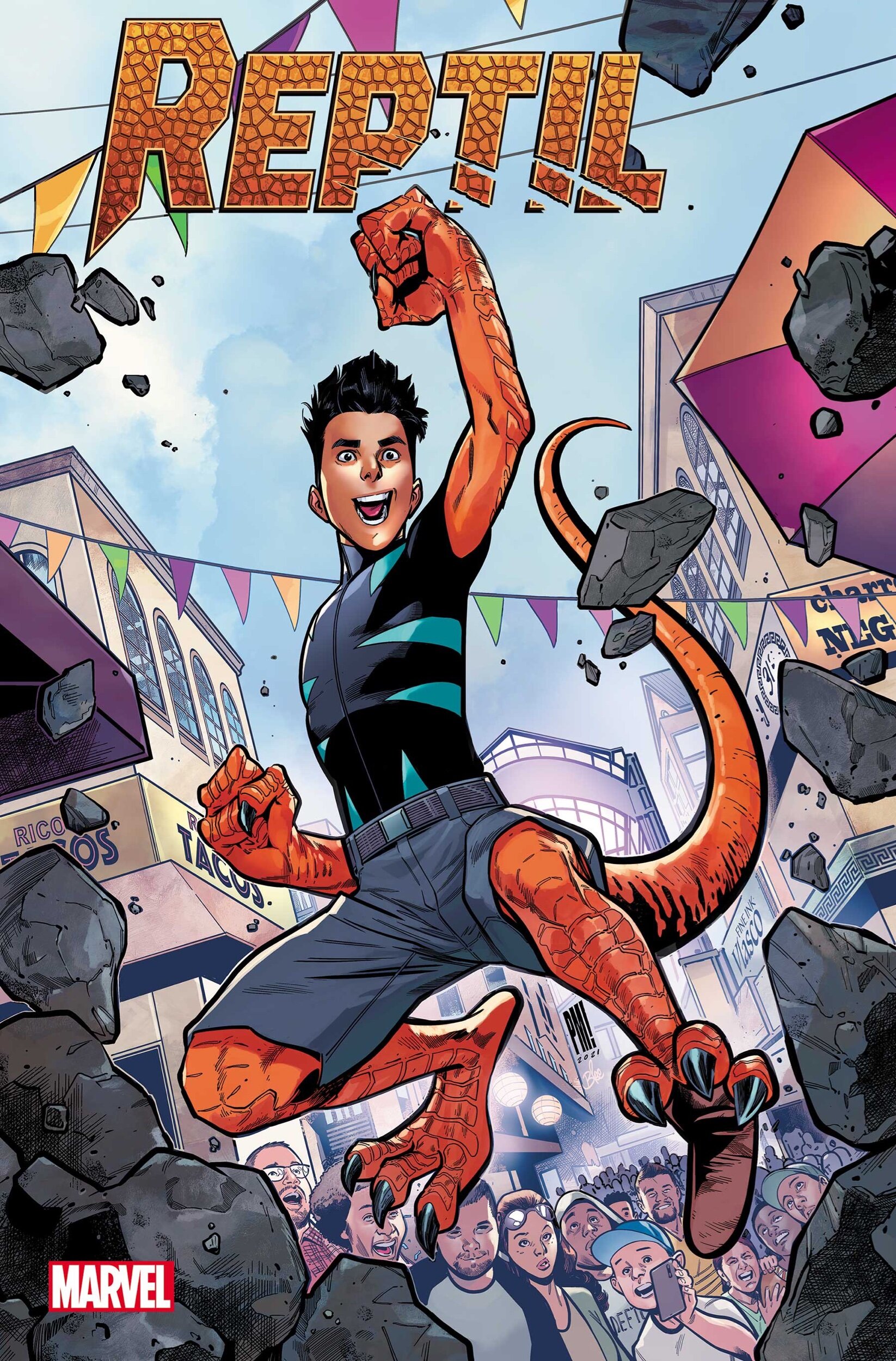 Reptil claws his way to Marvel Comics in his own solo mini-series.

Humberto Lopez A.K.A. Reptil is best known as a supporting member on The Super Hero Squad Show and a member of Avengers Academy. This May, one of most promising and breakout heroes will be starring in his own solo series. Written by Terry Blas (Hotel Dare, Dead Weight: Murder at Camp Bloom) and Enid Balám (Omni). They will forge Reptil’s future in the Marvel Universe and bring light to this characters peculiar past.

In the wake of Kamala’s Law and his Grandfather’s worsening health, Humberto Lopez, A.K.A. Reptil, has taken a step back from crime-fighting to refocus on his family. Perhaps it’s a sign that he should give up on becoming a hero and finally come to terms with his parents’ mysterious disappearance…or perhaps not! When a mysterious figure ambushes Humberto, what unravels will shake the core of everything Humberto thought he knew about his past and will either change the course of his future—or end it forever.

Reptil, with the powers of his crystallized bone medallion, can take on the abilities of different dinosaurs just by thinking of them. He also has the ability to empathize with dinosaurs and sense other reptiles.

Terry Blas had this to say: “I’m so excited to be making my Marvel debut with such a fun and complex young character,” Blas said. “He’s Mexican-American, like me, and I’m delighted to bring a story with more of that representation to Marvel. Also, he can turn into dinosaurs and isn’t that every kid’s dream?”

Enid Balám shares thoughts on what this new series could provide to the Latin Community: “This comic book series presents us with a great adventure that I know will personally resonate amongst the Latin American community,” Balám said. “Yes, heroes  are born from all over the world and Marvel’s teams are doing their part to celebrate their amazing stories. Join us in this adventure!”

In this article:marvel, marvel comics, reptil