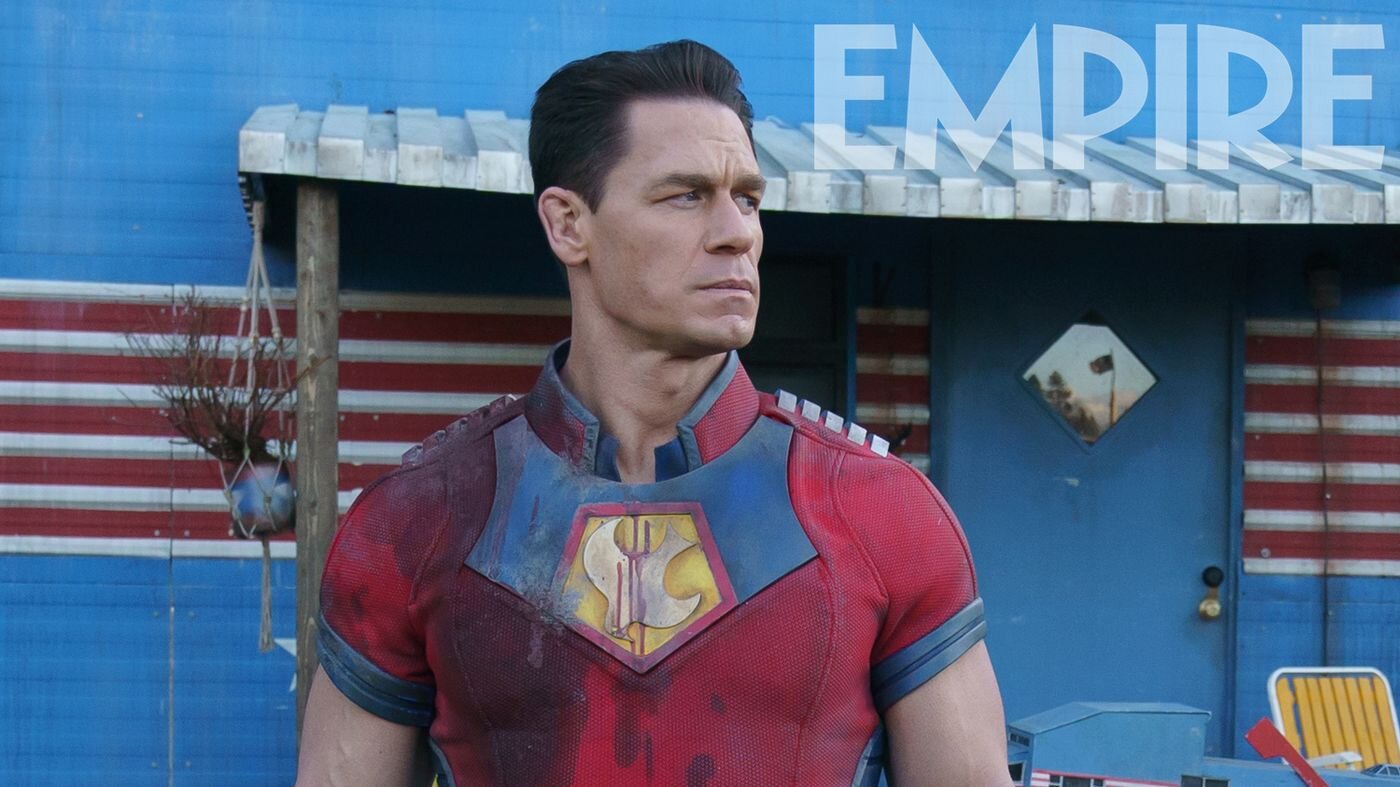 James Gunn chose John Cena‘s Peacemaker out of the ensemble of DC characters in his upcoming The Suicide Squad film to make a spinoff series. He just wanted to make a series about this “fucked up superhero.”

Gunn wrote the series and is directing five episodes of the eight-episode series. Peacemaker is described as being an action-adventure comedy and it will “explore the origins of Peacemaker, a man who believes in peace at any cost, no matter how many people he has to kill to get it.”

Empire has released a new photo today featuring Gunn and Cena and we also get additional details about the series. Gunn says, “Peacemaker’s a piece of shit. He’s not a good guy. And he wears the goofiest costume you’ve ever seen in your life.” When talking about the character, Gunn explained:

“Peacemaker has a clear set of ideals that I find really interesting. You know: ‘I want peace no matter how many men, women and children I need to kill to get it.’ Sounds like nonsense, but it also makes a lot of sense. And you see in John’s performance how he does not feel good about it – something I thought was the seed of an entire eight-episode show.”

It’s said that the show will also involve “a big science-fiction story”, and delve into some real-world issues. The filmmaker goes on to say, “He represents a part of the world populace that is problematic to say the least, and puts him in a situation where he has to face the choices he’s made throughout his life and the extremity of his views.”

Cena also went on to talk about his character saying, “This guy is a loud, obnoxious, bro-ey douchebag. That sucks. But why? At what point did he become such a douchebag and what does that mean? There’s a lot to dive into there.”

The series is set to arrive on HBO Max in 2022, but as we all know, we will get our first taste of Cena’s Peacemaker in the upcoming The Suicide Squad releasing this year.