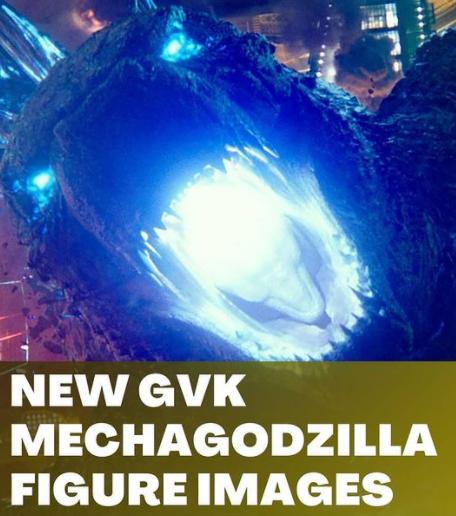 Since the initial release of footage of the upcoming feature film Godzilla vs Kong, fans have been speculating the quick reveal of what looked like Mechagodzilla. Well, now reports may be further solidified thanks to an online post from Kaiju News Outlet. Their Instagram post shows a first look at a Mechagodzilla from Smyths Toys.

The description that accompanied the release was as follows:

“A robotic Apex predator with unstoppable powers of laser destruction, MechaGodzilla was created in secret to destroy Godzilla and end the reign of monsters.”

“Re-enact your favourite scene from the Godzilla Vs Kong movie! This 15cm tall articulated MechaGodzilla action figure features battle scars and wields a HEAV: Hollow Earth Anti-Gravity Vehicle, to use in battle as a projectile weapon!”