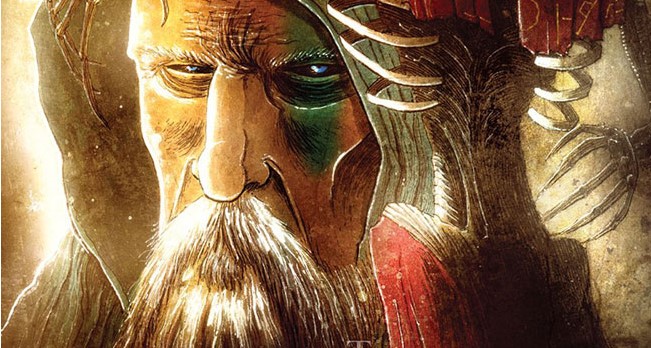 Image Comics has announced a new series that is set to combine two impactful genres in an Arthurian legend-inspired series that takes a time-traveling Merlin takes on killer robots in Starhenge Book One: The Dragon & the Boar. The series comes from creator Liam Sharp and the publisher promises a “visually stunning masterpiece” in what the press release describes as “The Terminator meets The Green Knight” this July.

“In Starhenge, a future Merlin travels to 5th-century Britain to prevent monstrous time-traveling killer robots from robbing the universe of magic, and Amber Weaver’s lively present-day narrative reveals how she becomes drawn into a war across time.”

Sharp talked about the long road to getting to create a series with Image Comics, saying:

“I’ve wanted to do my own Image comic for 30 years. I’ve wanted to do a Merlin comic for even longer than that! This is a culmination of so many dreams and ambitions of mine finally being realized, and that makes it the most exciting and personal comic project I have ever done. I can’t wait to see it on the shelves!”

Starhenge Book One: The Dragon & the Boar #1 will be available at your favorite local comic shop and digitally on July 6th, 2022. Check out the covers with art from Sharp, Chris Weston Ben Templesmith, Christian Ward, Ryan Brown, Matylda McCormack Sharp, and Mike Perkins, plus a preview of the interior pages below:

Ms. Marvel Teams Up with Wolverine, Moon Knight, and More Starting with Ms. Marvel and Wolverine #1