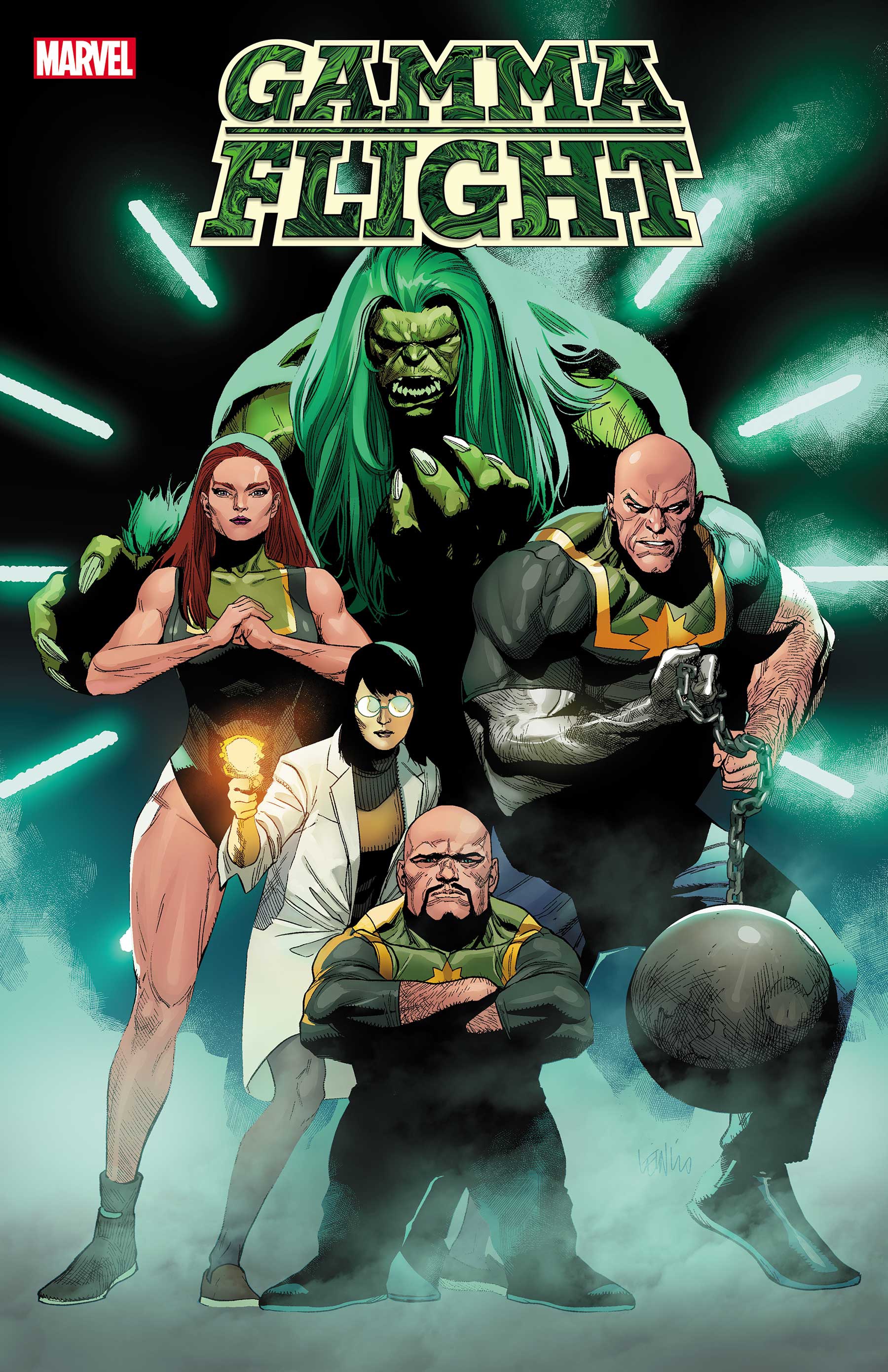 This June, comic fans will have to get checked for Gamma radiation when Al Ewing, Crystal Frasier, and Lan Medina bring us the new spinoff series Gamma Flight. Launching out of Al Ewing’s Eisner-nominated work on Immortal Hulk, the new series brings us a new super team made up of some familiar faces to Bruce Banner, Marvel states it won’t be just friends and allies though.

Al Ewing and Crystal Frasier will co-write the series with art featured by Lan Medina. Frasier served as consultant on some issues of Immortal Hulk and will make her official Marvel Comics debut in the upcoming Marvel’s Voices: Pride #1, also releasing this June to celebrate Pride Month.

Gamma Flight had one job: Find and stop the Hulk. But when push came to smash, they sided with the Green Goliath—and the human world intends to make them regret it. Puck, Absorbing Man, Titania, Doc Sasquatch, Dr. Charlene McGowan and a horribly changed Rick Jones are fugitives from every known authority—but a team that full of gamma is bound to break before long. Go on the run with this wild gamma-fueled group in this action-packed addition to the Immortal Hulk mythos!

Ewing had this to say,

“GAMMA FLIGHT is an opportunity to explore some of the concepts and plant some of the seeds from IMMORTAL HULK in their own space, building off the found family that came together in those pages and putting them into action against some strange and ugly doings in the unexplored corners of the gamma world,”

“We’ve been ricocheting ideas off each other for a while on this one, and I suspect the result is something that’ll tickle Hulk fans old and new.”

“Working with Al last year as a consultant for Immortal Hulk was a wonderful experience,”

“He’s smart, amazingly creative, and amazingly open to feedback. Collaborating with him to write a full series has been wonderful. It’s so easy to bounce elements back and forth to develop a good idea into a great one. And his knowledge of Hulk minutiae from the last 60 years is truly a thing to behold.”