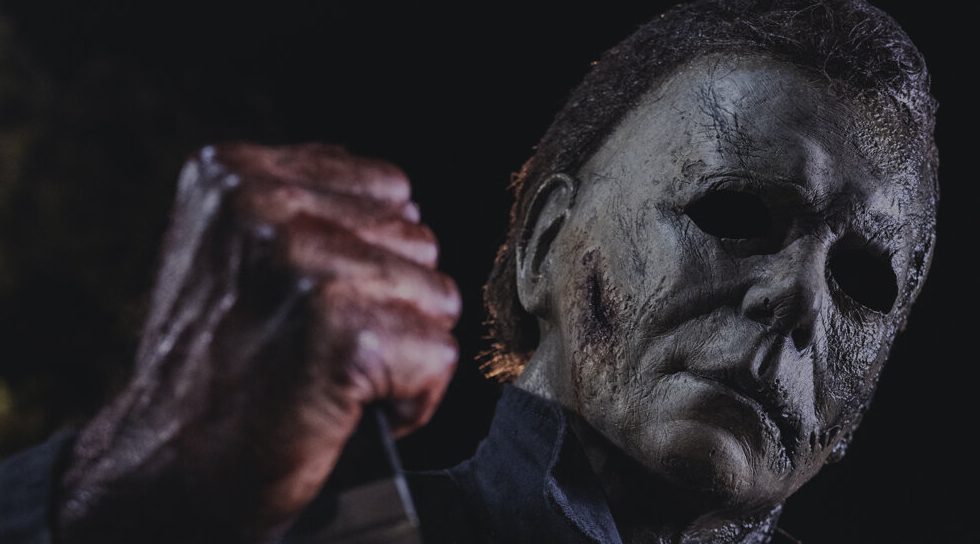 We have another photo that was shared by Halloween Kills director David Gordon Green featuring Michael Myers holding his weapon of choice.

David Gordon Green previously talked about the film and shared his thoughts on the timely theme of the story, saying, “This film is about community fear, paranoia, misinformation and crowd panic. This movie is a great popcorn genre movie and not really any kind of statement, but it’s strange how things line up. It couldn’t be a more interesting time to release a movie like this.”

He also talked about the movie and the type of story it will explore, saying, “It’s about the creation of fear. It’s one thing to be afraid of the Bogey Man, to have someone who might be in the closet, under the bed, creeping around your house… But we wanted to explore next was confusion, misinformation, and paranoia. What happens when fear goes viral? You can’t just stick your head under the covers anymore.”

The filmmaker went on to explain that this sequel will be more aggressive and efficient than the last one, “When we made the last one we wanted to find a way for someone who’s never seen the original to get up to speed with the story. But this one gets right to the action. It’s very aggressive. It’s more efficient. We wanted it to be an explosive middle before things get streamlined and personal again.”

The film will pick up right where the previous film left off and is set to bring together many characters from the 1978 film. It’s said that they gather “to try, once and for all, to take down Michael, to stop this madman.”

It’s been explained that the story centers around “a community that is united by outrage, and divided in how to deal with evil.” It’s also said to be more about the “unraveling of a community into chaos. It’s about how fear spreads virally.”

Jamie Lee Curtis is reprising her role for the sequel and is joined by Judy Greer and Andi Matichak, who reprise their roles as Laurie’s daughter and granddaughter in the sequels. Michael Myers actors Nick Castle and James Jude Courtney will also come back to their shared role. The film also includes Kyle Richards returning as Lindsey Wallace, Anthony Michael Hall as Tommy Doyle, and Nancy Stephens who will reprise her role as Nurse Marion.

Halloween Kills will be released on October 15th, 2021.