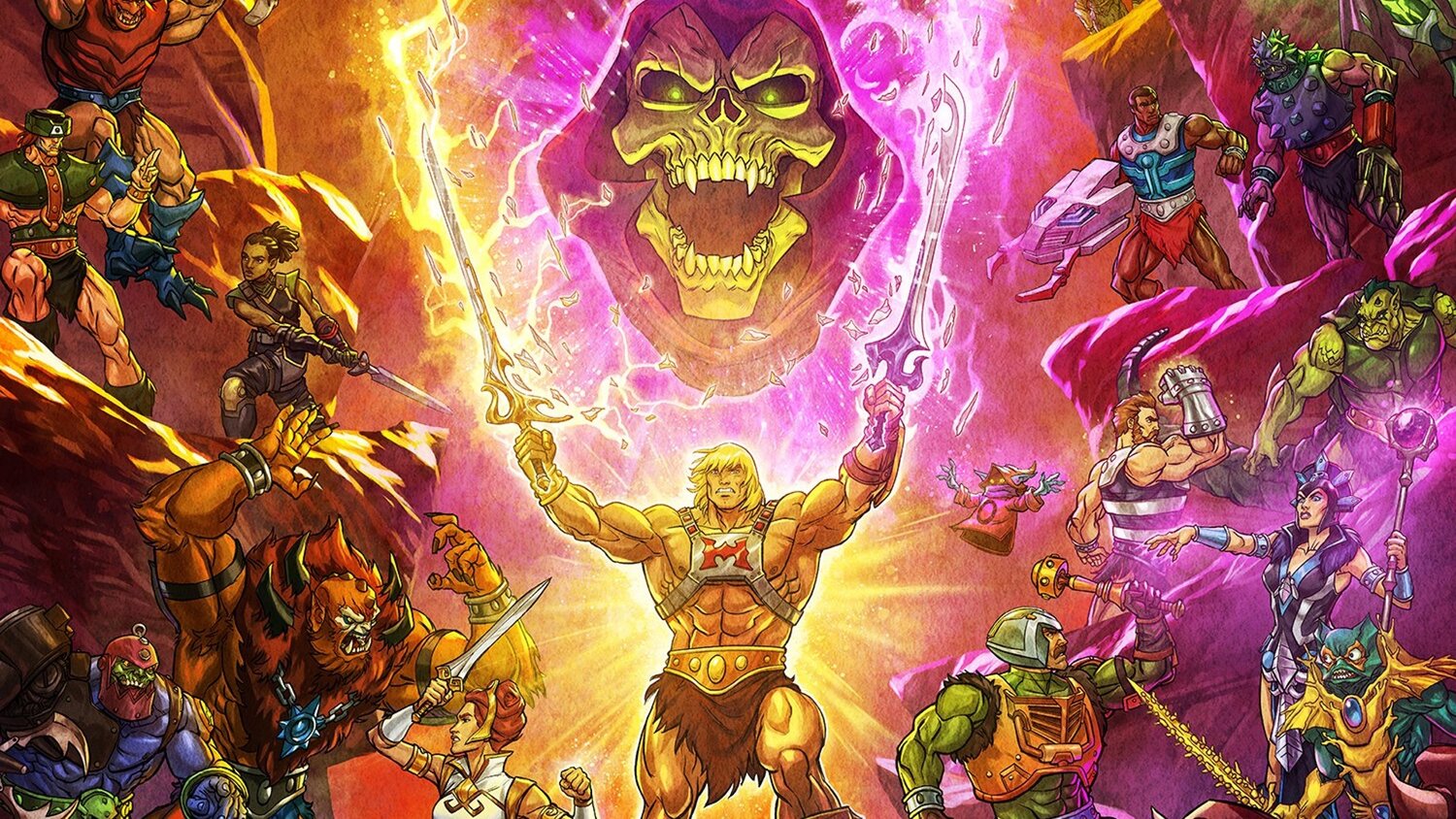 By the power of Netflix! Our childhood rises again!

Revelation plays to a different tune than those fans from the previous series might remember, but it still honors and does justice to everything that had us screaming BY THE POWER OF GRAYSKULL! Those of us who still carry the memories and knowledge of these characters will notice the spin on the story and modernized take on the lore. To be honest, it was very satisfying to see the expansion on it and extra bits of information we didn’t get before.

As Smith promised, the series picks up after the events of the previous entry, but Smith was given the passing of the torch and was able to implement his own flair on the lore and story that makes it a refreshing take for even those of us who enjoyed He-Man from 1983 to 1985. This is a superfan’s dream and who better to do it than Kevin FU*%$@G Smith.

The new series is tailored to coincide with the new streaming era and lifestyle and part 1 of Revelation can easily be enjoyed in one sitting from beginning to end in the first 5 episodes. Part 2 will be available at a later date and will give us another five episodes to enjoy.

For those of you who didn’t get to enjoy the previous entry. Mattel’s original 1980s He-Man show follows Prince Adam of Eternia, some of you might know him from this. His Power Sword allows him to transform into the heroic protector He-Man, a secret identity known only to a few, even though the only difference in their appearance is that He-Man is the young Hulk Hogan version of his alter ego. The show was goofy but also charming, and although meant for little kids, it could be enjoyed by any geek that saw it’s potential and fun. The toys were a delight as I am sure many people my age remember collecting the figures and if you were lucky enough, you got your hands on Castle Grayskull with drawbridge an all to channel the power of Grayskull from the time you got home from school until our parents dragged us away for dinner.

This premise lets the show mostly get away from the Saturday morning cartoon vibe of the original, while still keeping the same characters and world. Eternia remains an interesting mix of sci-fi, swords, and sorcery, as if Frank Frazetta and Ralph McQuarrie had a jam session. Killer robots fight alongside beast men, and sword-wielding warriors ride mechanical horses and armored cats into battle. Things have a bit more of a Mad Max vibe this time around, with villages fighting over the last drops of magic while the techno-cult terrorizes them. In addition, Teela has a new job as a mercenary, Man-at-Arms (Liam Cunningham), and Evil-Lyn (Lena Headey) is left confused without a dictator to support. They all end up joining forces in the quest.

It does give the vibe of a reboot, but like I said, I think it does a wonderful job of keeping true to the continuation and honoring it’s predecessor. Masters of the Universe: Revelation is a hell of a fun ride and told an efficient, re-imagined story that is very metal. Smith did a killer job tailoring to us Gen-Xers who spent their childhood swinging empty wrapping paper rolls in their underwear, reliving their favorite moments as He-Man and also modernizes the series to appeal to the next generation of fans to be able to enter this universe that brought us fun for so many years. Some of our favorite characters may have a smaller presence, but this opened up the universe and Smith expands it to great multitudes and with Netflix in his corner, this could go in a very interesting direction in the future. The series will surprise you in the beginning as much as the end of this first part, but the opportunity these characters got in the absence of some of it’s heroes and villains, made for some meaningful moments with even bigger changes looming in the future. A round of applause for Smith on this one, he swung for the fences and re-introduced us to one of my favorite childhood cartoons by flipping the script and mythos on this already classic series.

CHAPELWAITE REVIEW: The Devil Makes His Way to Preacher’s Corners