MARVEL COMMEMORATES AVENGERS #750 IN A GIANT-SIZED EPIC WITH A NEW TEAM OF VILLAINS, SHOCKING REVELATIONS, AND MORE! 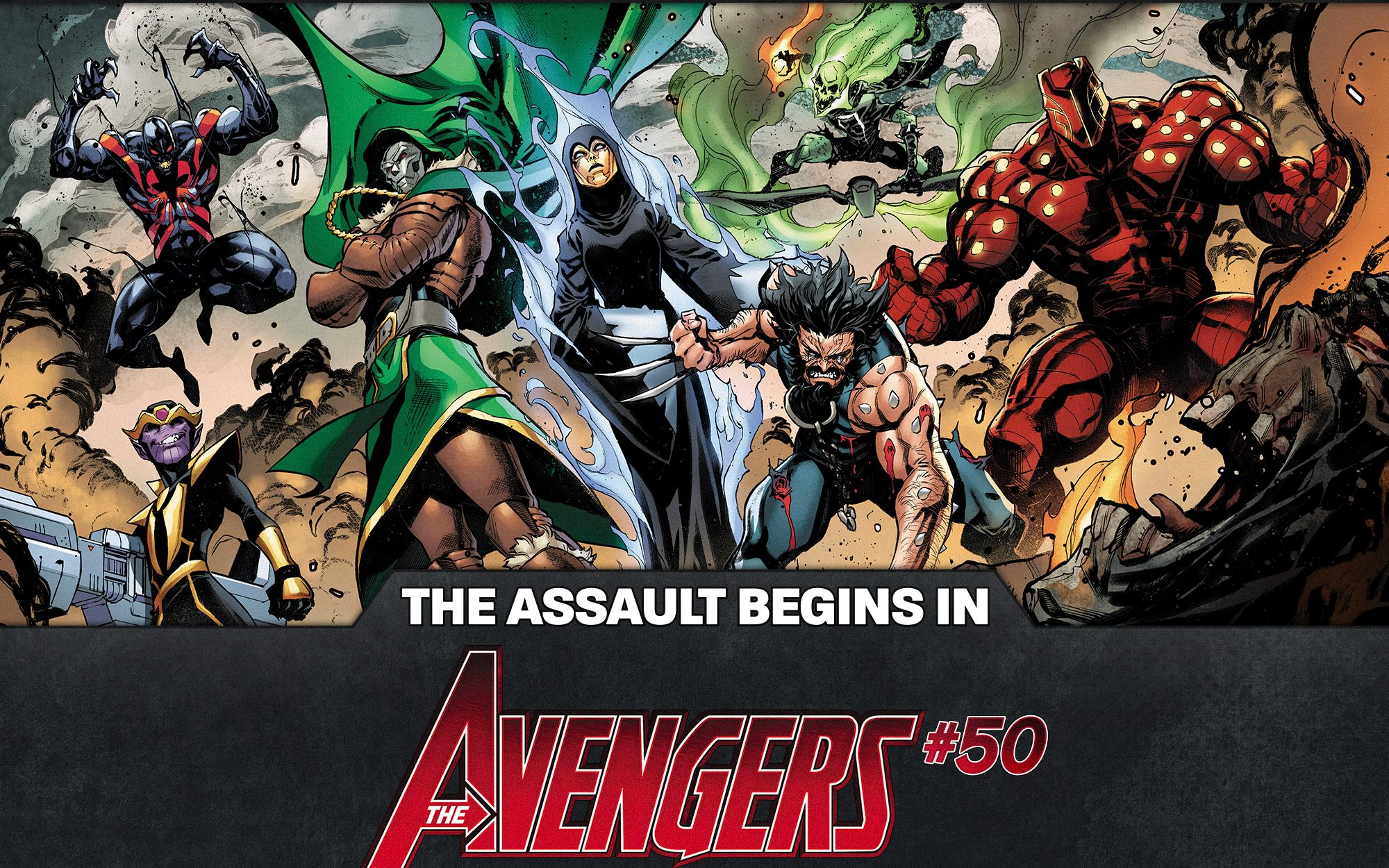 MARVEL COMMEMORATES AVENGERS #750 IN A GIANT-SIZED EPIC WITH A NEW TEAM OF VILLAINS, SHOCKING REVELATIONS, AND MORE!

This November, Marvel Comics proudly presents the 750th issue of AVENGERS, and it promises to be one for the ages! Continuing Jason Aaron’s Marvel Universe-shaping run, AVENGERS #750 will be a 96-page milestone issue consisting of multiple game-changing stories by an all-star lineup of artists including Carlos Pacheco, Aaron Kuder, Ed McGuinness, and Javier Garrón. The giant-sized epic will be packed with revelations and jaw-dropping moments, including the introduction of THE MULTIVERSAL MASTERS OF EVIL, the deadly new group of villains fans met in this year’s FREE COMIC BOOK DAY: AVENGERS/HULK #1!

Throughout this supersize extravaganza, fans will also witness the shocking conclusion of “World War She-Hulk”, finally learn the true purpose of the prehistoric Avengers, uncover the shocking secret of the Iron Inquisitor, watch the Avengers recruit some surprising new members, and follow the Ghost Rider on a quest for vengeance across the Multiverse that will spark an all-new era in Avengers history!

“It’s such an honor to be a part of issue #750 of AVENGERS, and I’m looking to celebrate the rich history of the title and its iconic characters by using this issue as the gargantuan-sized kick-off for a story that’ll be as wildly sweeping and swing-for-the-fences epic as it can possibly be,” Aaron said. “It’s not just that everything I’ve been doing in the last 50 issues of AVENGERS has been leading to this, but there are threads feeding into the next year’s worth of stories that stretch back to most every major series I’ve ever written in my 15 years at Marvel Comics.”

“I’m honored to play a small part in this moment of Avengers history and thrilled to get to work with Steve McNiven to bring you all a little classic Thor,” Ruocchio said. “It’s a bit surreal to get to work with a character I grew up with, and I hope I’ve told a tale worthy of the God of Thunder.”

Be there when the startling future of Earth’s Mightiest Heroes kicks off in AVENGERS #750 this November! For more information, visit Marvel.com.