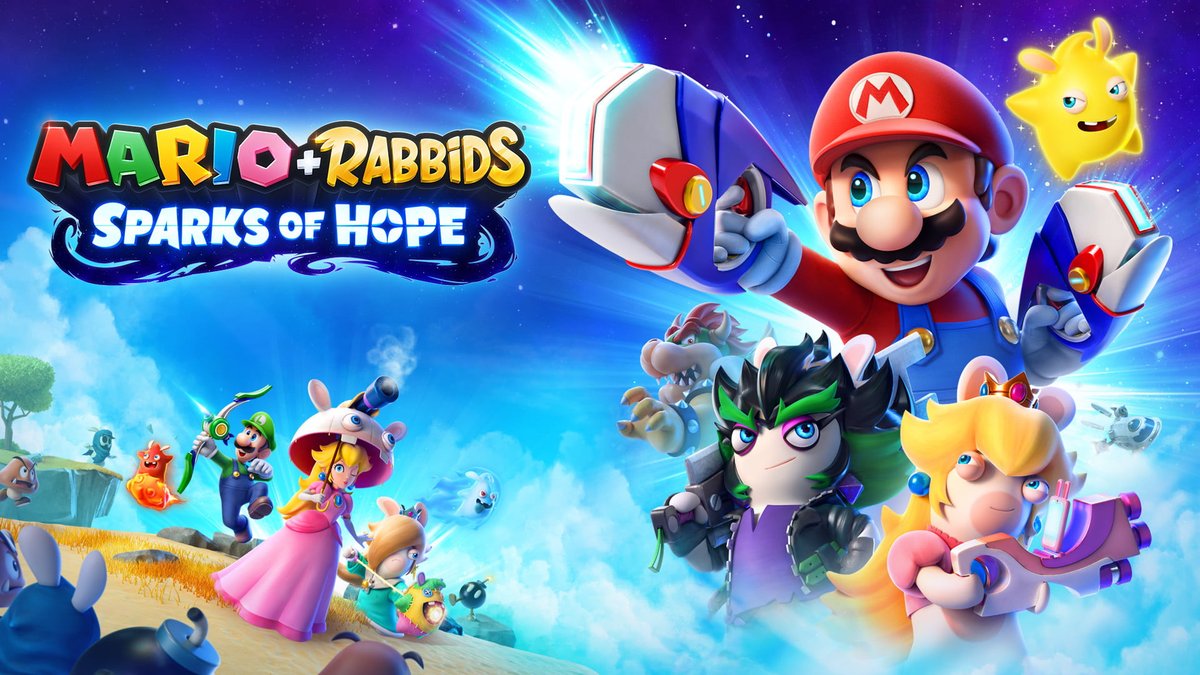 Mario + Rabbids Sparks of Hope was revealed by Ubisoft during E3 2021.

Mario + Rabbids Sparks of Hope is the sequel to Ubisoft’s 2017 release Mario + Rabbids Kingdom Battle, a fun and approachable tactics game that released on the Switch. The franchise sounds like an April fools joke that got out of hand, but the original title was actually really fun and full of surprisingly deep strategy.

Like the original game, Sparks of Hope is a strategy game in the vein of titles like Firaxis’ XCOM: Enemy Unknown. We didn’t get a detailed look at the gameplay, but it seems like players will take turns moving their heroes across the battlefield and dishing out a variety of attacks.

During the release trailer, we saw new weapons. Luigi is seen holding some kind of laser bow and arrow weapon, for example. New characters will also join Mario’s crew, such as a Rabbid version of Rosalina. Another type of ally are called Sparks. These creatures are combinations of Rabbids and Lumas; you won’t control them directly but they will lend their wild powers to our heroes, which means that they might be the source for learning new abilities and attacks.

Ubisoft plans to release Mario + Rabbids Sparks of Hope in 2022 on the Nintendo Switch.