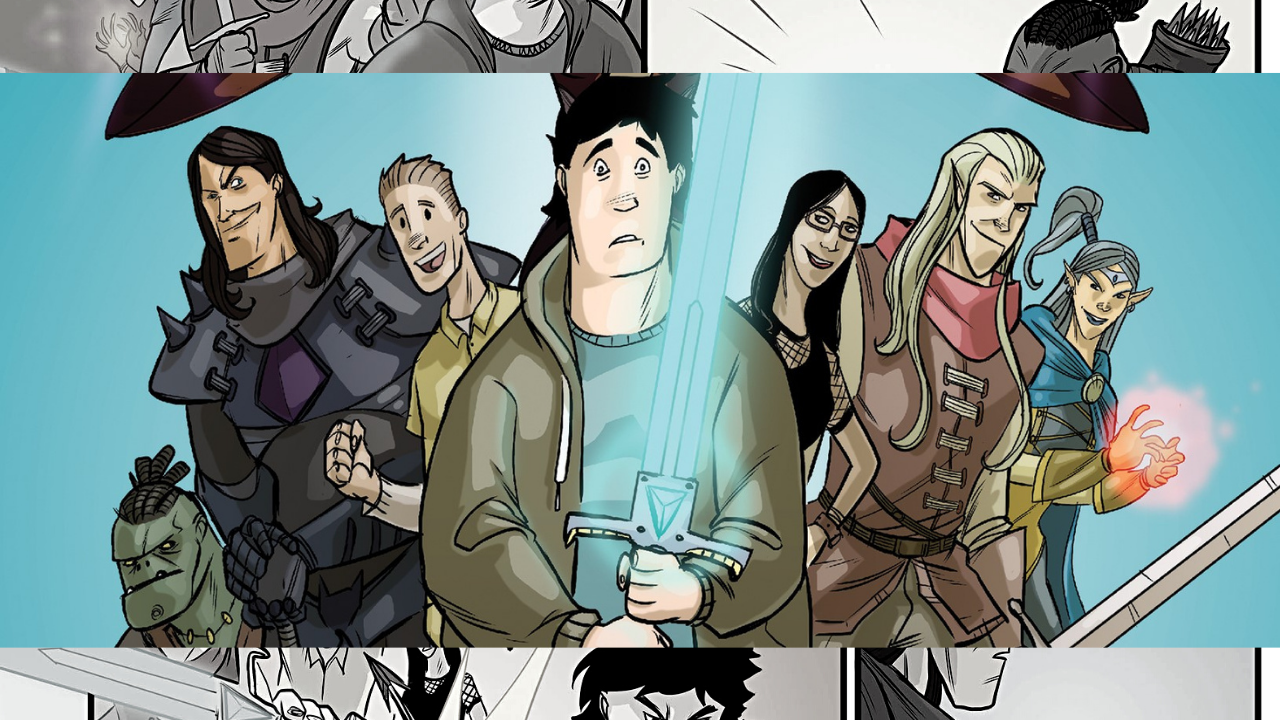 Long Ago & Far Away First Look: From Child Knight to Average Joe, Follow Jason in His Tale of Real Life After Fantasy

White Cat Entertainment has shared with us a first look at the upcoming original graphic novel Long Ago & Far Away. Coming from comedian and podcaster Chris Mancini (Pacify Me, Comedy Film Nerds, Ear Buds: The Podcasting Documentary) in his debut graphic novel that has him teaming up with artist Fernando Pinto (Mechaton) with a foreword by comic industry icon Mark Waid.

Dive into the tale that follows Jason, who as a child saved the kingdom of Elvenwood and even with the mystical fantasy that he experienced, fell into the average adult life that sometimes comes with the hardships of depression, living with your parents, and running an unsuccessful business. What happens when you are called upon to save the legendary kingdom of Elvenwood once more? Well, your chance to experience this firsthand comes in the new OGN from Mancini and Pinto.

The official description of Long Ago & Far Away reads:

“Long ago, Jason was the “Child Knight” from our world who saved the Legendary Kingdom of Elvenwood from the evil Witch-Queen, Nexis. Now, Jason is a depressed 30-year-old, lives with his mother, and runs a comic book store. Poorly. But Elvenwood needs his help once again. Will he be the hero he once was? Or will he just make things worse because he grew up to be a complete jerk?”

Mancini talks about wanting to bring the realism of the real-world into the fantasy world and praises Pinto’s ability to capture the universe of the OGN and bring it to life, saying:

“I really wanted to juxtapose the real world with the fantasy world early on, not just for laughs, but to also show that there was real world danger as well. Black Knights don’t play around. Artist Fernando Pinto captures the tone beautifully with a colorful, living world full of magic, danger and humor. It was really important to get that mix right and he nailed it and then some.”

Long Ago & Far Away will be available everywhere books are sold on April 16th, 2022. You can preorder now using the links below and as always, find a comic shop near you to request a copy:

Get a taste of what’s to come in Long Ago & Far Away below: