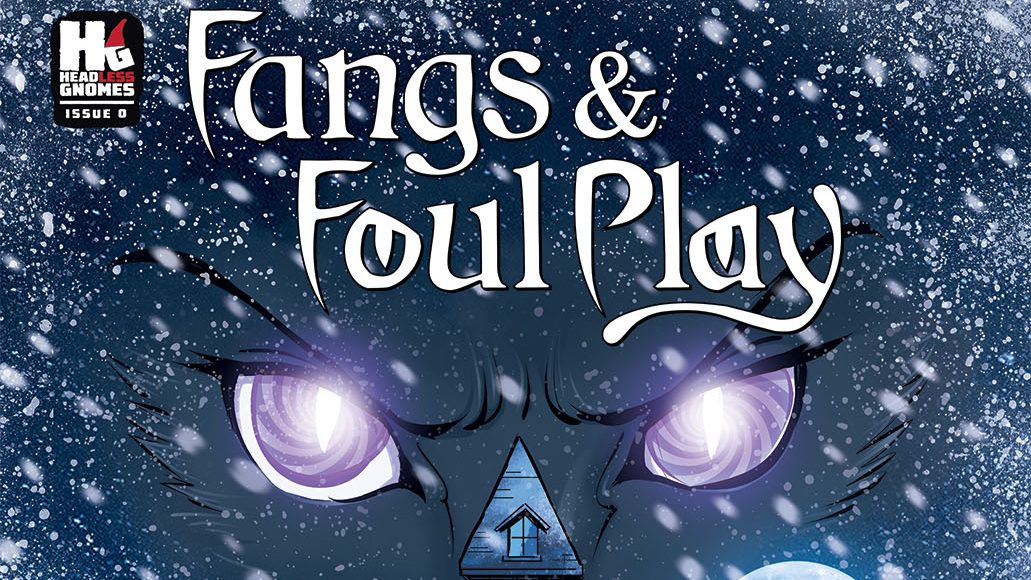 Leanne Kathleen Ingino Interview: Fangs And Foul Play Is Set To Enthrall Readers This November – The project launches on Kickstarter this November

Leanne Kathleen Ingino is set to bring us a new fantasy series next month via Kickstarter. The series plays with a balance of horror and dark humor that presents us with a character who is troubled from his past and crosses paths with a bizarrely cute, but menacing vampiric cat.

“Richard Bluth, a deserted colonel who left the war due to his conscience, stumbles upon an abandoned house, finding himself a new town, Bludville. Weary and tired after his long escape, he doesn’t realize he’s about to trade one evil master for another, as the home’s only inhabitant, Fang, a vampiric cat, enthralls him and forces Richard to find him human’s to feed on. Poor Richard can’t get away from villains asking him to do horrible things! Follow Richard’s plight as he tries to escape Fang’s thrall, but in the meantime, vows to only feed horrible people to Fang.”

Ingino is also the owner/creator of the publishing company Headless Gnomes, the team at Headless Gnomes all share a passion for creating projects that go in line with their very cool slogan “seeking to bring you the most entertaining, occasionally terrifying, and sometimes bizarre books, comics, games, and films.”

Check out our interview with Ingino and be sure to visit her project page and turn on those notifications to get the word when the project launches! You can find Fangs & Foul Play HERE. For everything, Ingino has going on, and a chance to read Fangs & Foul Play #0, visit her at https://linktr.ee/headlessgnomes