KINGPIN UNLEASHES HELL ON THE MARVEL UNIVERSE IN DEVIL'S REIGN 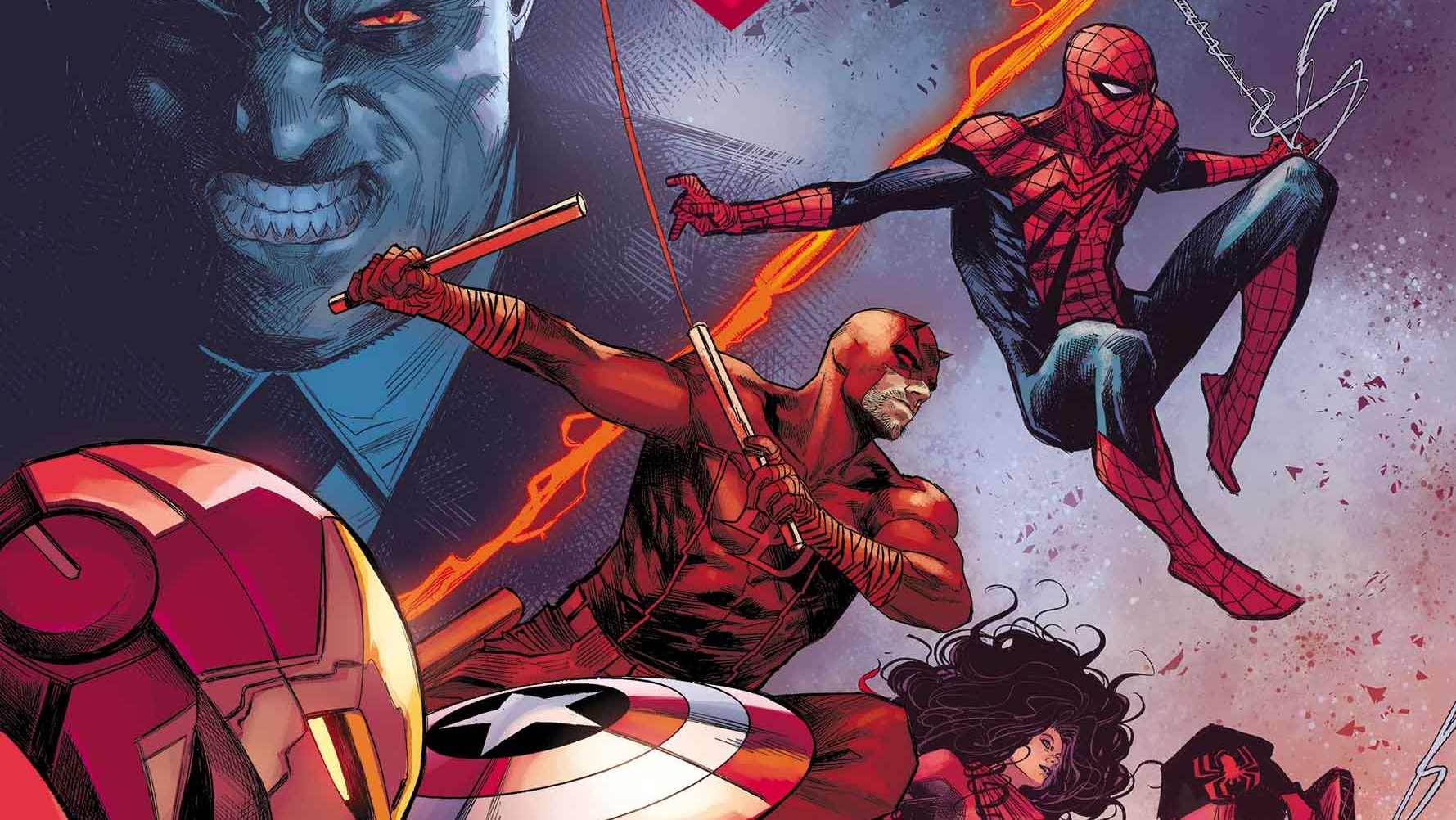 KINGPIN UNLEASHES HELL ON THE MARVEL UNIVERSE IN DEVIL’S REIGN!

Chip Zdarsky and Marco Checchetto’s DEVIL’S REIGN, a brand-new Marvel Comics event, kicks off in December! WHO WILL REIGN?

After years of buildup in the pages of their Eisner-nominated run on Daredevil, writer Chip Zdarsky and artist Marco Checchetto will bring their superb talents for high-stakes storytelling to the greater Marvel Universe in DEVIL’S REIGN! Launching in December, DEVIL’S REIGN will be a classic-style Marvel Comics crossover event, tying into some of your favorite ongoing titles and ushering in exciting new series. The far-reaching saga will center around Kingpin as he broadens his lofty goals in a scheme that will unleash dark secrets about some of Marvel’s greatest heroes. Having kept these shocking truths to himself for ages, Kingpin is ready to ruthlessly expose his foes to gain more power than ever before and he has more than enough dirt on the Marvel Universe to come out on top!

Wilson Fisk went from Kingpin to mayor of the biggest city in America and is going to bring his full criminal and political power to bear on the super heroes who call NYC home. The man who once destroyed Daredevil has set his sights on The Fantastic Four, Iron Man, Captain America, Spider-Man, Jessica Jones, Luke Cage and more. And since it’s Fisk, once he takes them all down, you know he’s going to sign it. CROSSBONES! TASKMASTER! TYPHOID MARY! SHOCKER! WHIPLASH! RHINO! KRAVEN! Fisk has an army of super villains at his command – and this is just his opening salvo. For years, Fisk has waited for his time to strike, and YOU WON’T BELIEVE the aces he’s got up his sleeves!

“Our Daredevil plan just kept getting bigger and bigger, to the point where it would clearly affect the Marvel Universe in huge ways,” Zdarsky explained. “Thankfully, Marvel recognized this as well and gave Marco and I the opportunity to tell the story on a massive stage with DEVIL’S REIGN! This is a proper Marvel event springing from the pages of Daredevil and I think all Marvel readers will love what’s coming!”

“Devil’s Reign. Finally, here we are. I am really excited and happy to work on this Marvel event. I am also proud of it since it comes directly from our Daredevil series, that both, Chip and I, have been working on for a long time now,” Checchetto said. “When I read the story of this event I was speechless. As a fan, I can tell you that I am happy to see Daredevil among the protagonists of this event. I have the opportunity to draw so many characters that I love so much, heroes and villains, and I’m trying to give everyone the dignity and respect they deserve. It will be great.”