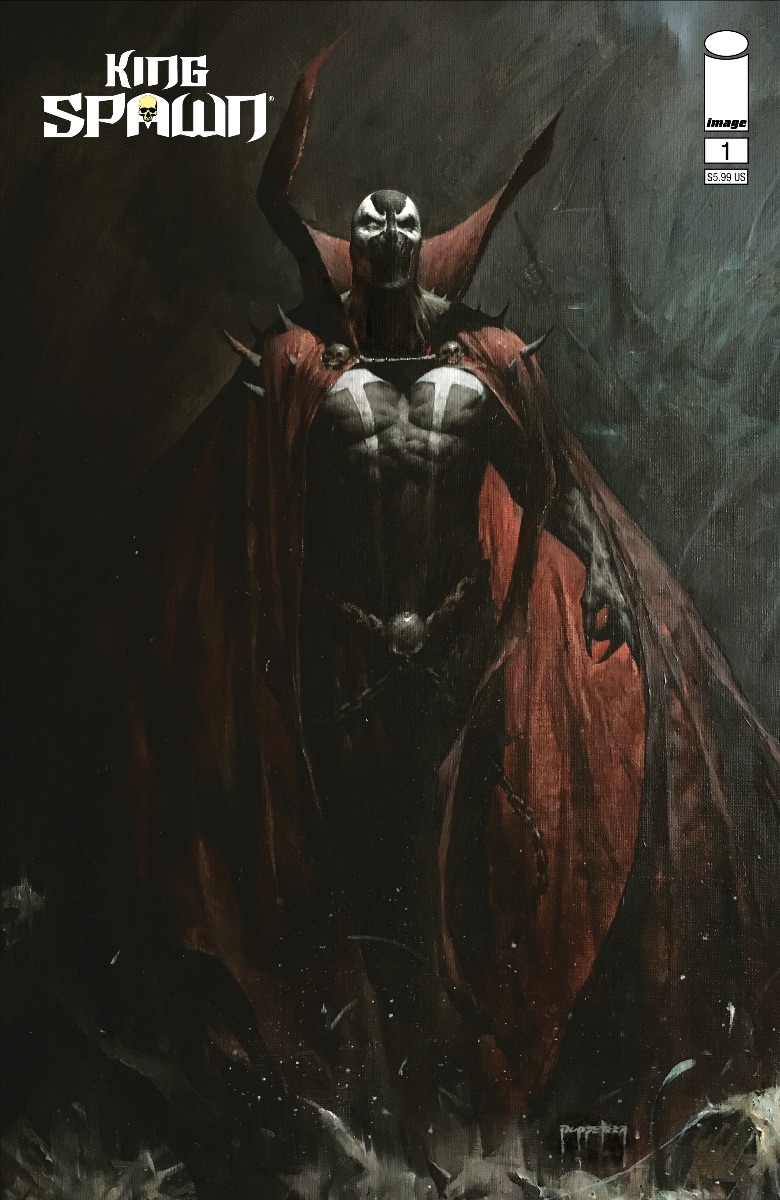 Spawn—this August. This new title will continue the dramatic events from recent blockbuster Spawn’s Universe #1 and is nearly three decades in the making. King Spawn #1 marks the first time an ongoing, monthly Spawn series has been launched in over 28 years and joins an elite group of famed heroes—like Spider-Man, Batman, and Superman—with more than one monthly title devoted to the same character. King Spawn is projected to have even higher sales than the record-setting Spawn’s Universe #1.

“My goal is to give fans twice as much Spawn to read than they had before… and at the lowest price possible! And by the end of the year, there will be a Spawn-related book available for fans every week of the month,” said McFarlane. “We will be introducing new heroes and villains along with classic characters as we expand the Spawn Universe into the future.”

To that point, one of the all-time classic fan-favorite villains from the original series makes his long-awaited return in the initial storyline of this new title.

The release of King Spawn #1 is nearly three decades in the making and marks the first time a #1 Spawn issue has been available, in monthly form, in over twenty-eight years. Issue #1 is a massive 56 pages thick with stunning art and action-packed storytelling.