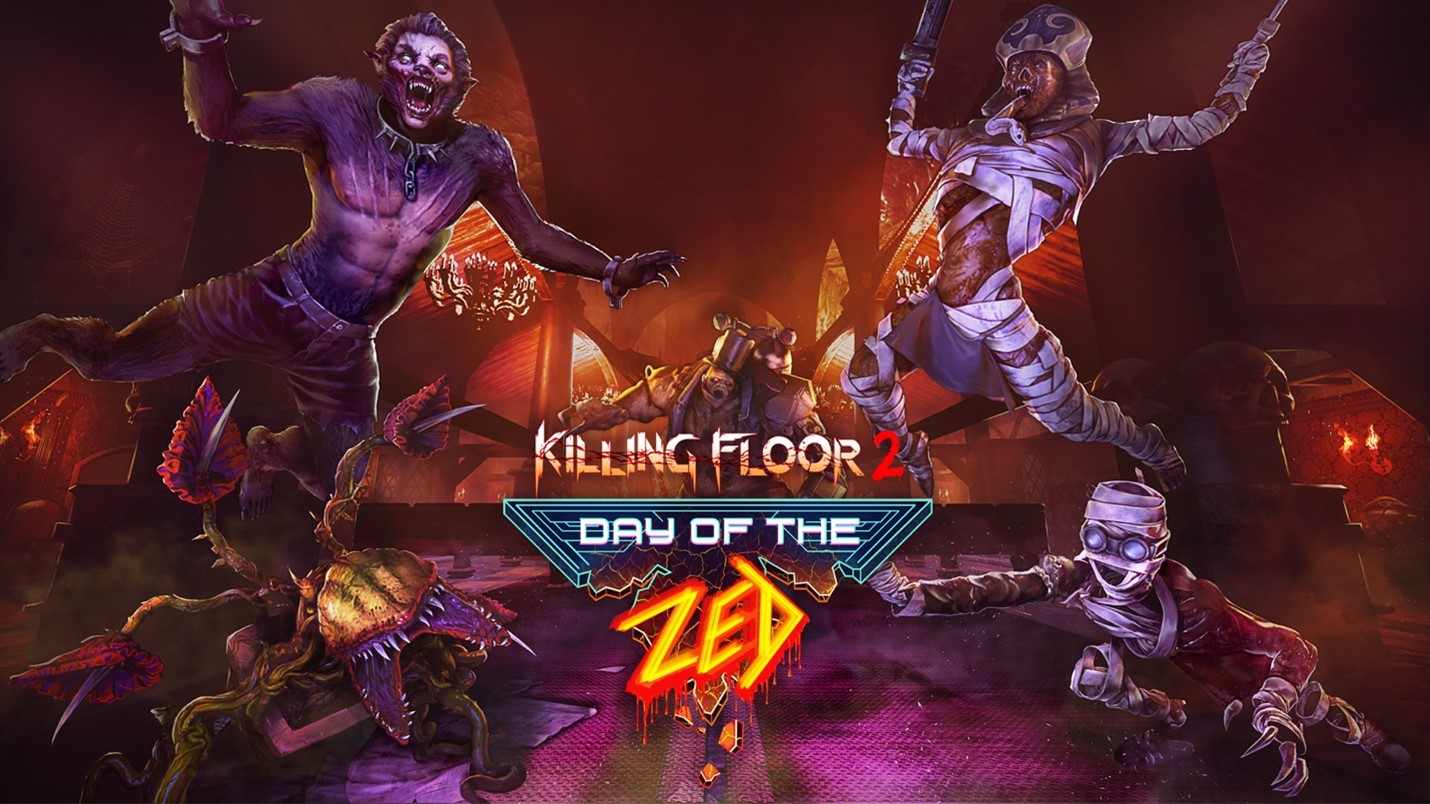 Developer  Tripwire Interactive is starting Halloween celebrations early with today’s launch of the Killing Floor 2 Day of the Zed Halloween update. Out now for the PlayStation®4 computer entertainment system, Xbox One family of devices including the Xbox One X, and PC via Steam or the Epic Games Store, today’s free update for the first-person shooter, co-op action title brings a cornucopia of spooky new content for players to sink their teeth into, including the new Netherhold map, weekly game modes Wild West London and Abandon All Hope, weapons, cosmetics, and the return Halloween-themed Zed variants!

To celebrate today’s Day of the Zed update, Killing Floor 2 will be on sale across all platforms in various Halloween promotions later in October. Be sure and follow Tripwire on social media for all of the latest sales information!

In Killing Floor 2, “players descend into continental Europe where the outbreak caused by Horzine Biotech’s failed experiment has quickly spread and gained unstoppable momentum, essentially paralyzing the European Union— Just one month after the events in the original KILLING FLOOR, the specimen clones are everywhere and civilization is in disarray; communications have failed, governments have collapsed, and military forces have been systematically eradicated. The people of Europe know survival and self-preservation too well and lucky survivors have gone into hiding.

Not all have given up hope though… A group of civilians and mercenaries have banded together to combat the outbreak and established privately funded operation bases across Europe. Upon tracking specimen clone outbreaks, players will descend into zed-laden hot zones and exterminate them.”