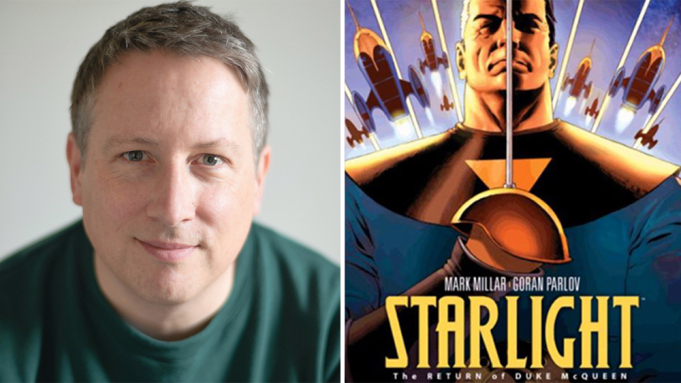 The ‘Attack the Block’ writer-director will helm the movie take on the comic from the ‘Wanted’ and ‘Kick-Ass’ creator for 20th Century Studios.

Joe Cornish will direct an adaptation of Starlight, the superhero comic by Mark Millar, he will also be writing the script. No details on any casting at this time.

First published in 2014, Millar describes Starlight as a cross between Flash Gordon and The Dark Knight Returns – it follows a space hero who saved the universe 35 years ago but came back to Earth, where no one believed his stories. After settling down, getting married, and having kids, he’s called back for one last adventure.

Cornish has worked on Attack the Block, and most recently directed The Kid Who Would Be King. This is definitely a high profile project and one of our all time Millar World books. This should turn out to be a great film.