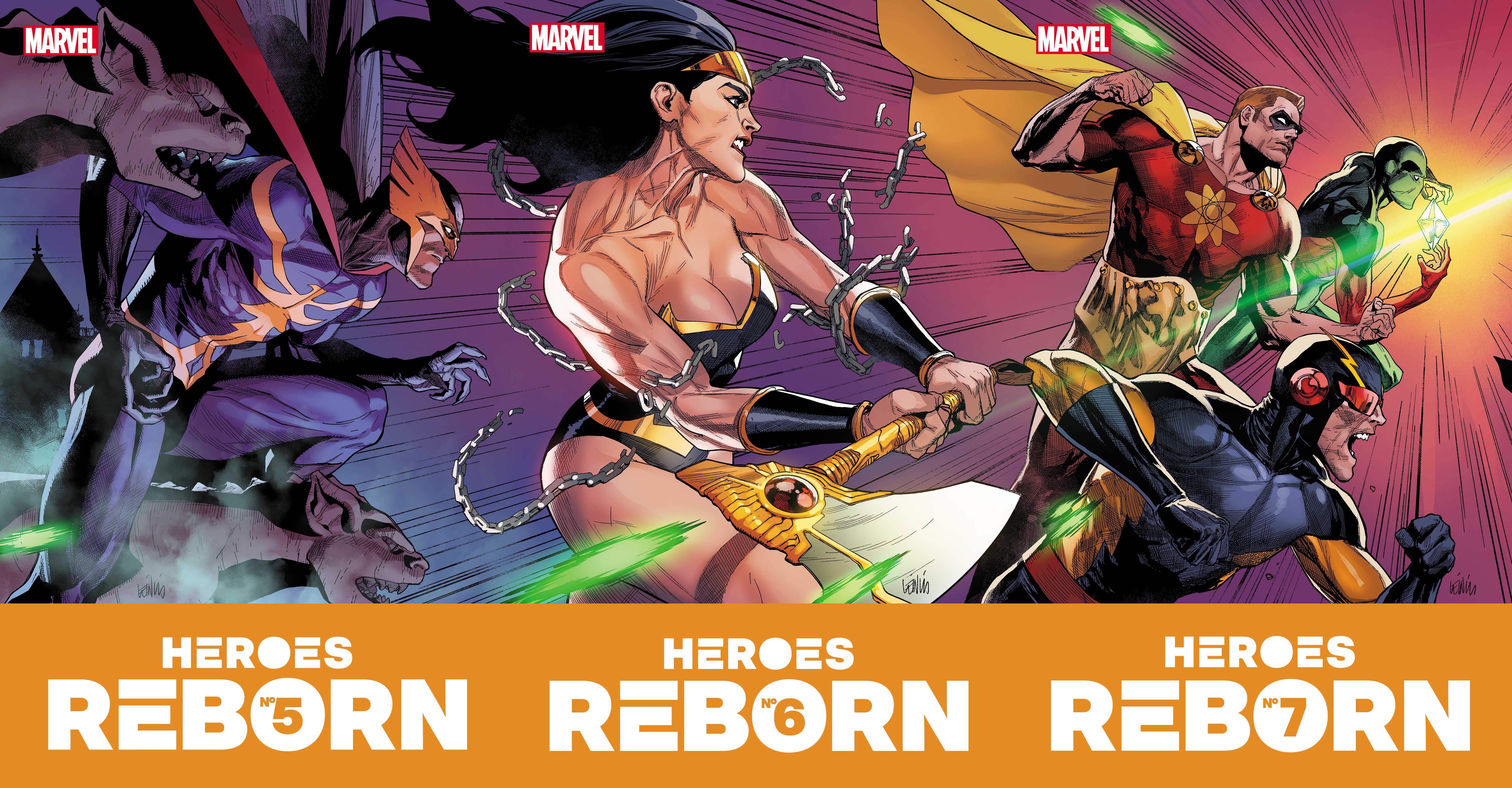 EXPLORE THE MYSTERY BEHIND THE WORLD OF HEROES REBORN IN NEWLY REVEALED JUNE COVERS!

The expansive tapestry that makes up the world of HEROES REBORN continues to be revealed! Jason Aaron and Ed McGuiness’ incredible new take on the Marvel Universe where the Avengers never assembled and the Squadron Supreme took their place as Earth’s Mightiest Heroes starts in May. But that’s only the beginning. On sale in June, this unpredictable story marches to its startling climax in HEROES REBORN #5-7 as the history and future of this new world is unveiled.

In HEROES REBORN #5, witness a riot at the Ravencroft Asylum! Nighthawk must descend alone into a realm of madness, surrounded by the most deranged members of his notorious rogues’ gallery, including his archenemy, the maniacal Goblin.

HEROES REBORN #6 will turn the spotlight on the fabled daughter of Utopia Isle known as Power Princess. She’s defeated the All-Gog, Gorr the God Butcher and the King in Black, but now she must venture into the ruins of Asgard, where something unexplained is stirring in the graveyard of the gods.

And the matchup you’ve been waiting for arrives in HEROES REBORN #7! Together they ended the Kree/Skrull war, defeated Dr. Doom in his Secret War and even endured their own civil war between Hyperion and Nighthawk, but now the Squadron Supreme of America faces their greatest challenge yet: a mysterious new group of troublemakers called the Avengers.

See all the covers now and stay tuned for even more exciting HEROES REBORN news coming your way, including the reveal of the epic double-sized finale issue! For more information, visitMarvel.com.