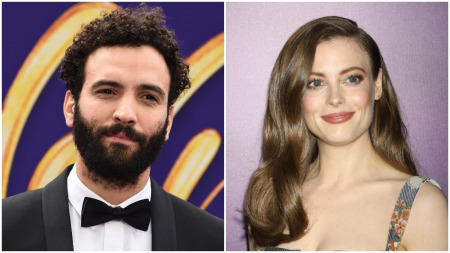 Community star Gillian Jacobs and Aladdin star Marwan Kenzari are set to star in a Berlin-set romantic comedy Any Other Night.

The movie comes from writer Patrick Whistler and director Michiel Ten Horn, who said in a statement,

“I’m just so happy to be working with Gillian and Marwan on this film. Gillian has obviously honed such smart, sharp comic timing. Marwan brings an incredible on-camera presence, intense but likeable. This film is a chance to see them both in a new light, something a little different than audiences may expect. It’s exciting. Their energy together is undeniable.”

“Freshly dumped Maggie (Jacobs) and flailing cab driver Max (Kenzari) meet the night of a crippling transit strike, with the latter loading all of Maggie’s worldly possessions into the back of his decrepit van-cab. What should have been a simple fare becomes a wild, late-night odyssey.”

“We can’t wait to see Michiel, Gillian and Marwan bring this world to life. After such a difficult year for everyone, it feels like we need to laugh, to remember travel, to fall in love. It feels like perfect timing for ‘Any Other Night.’”

Hit RomCom Webtoon ‘Let’s Play’ Is Getting A TV Adaptation