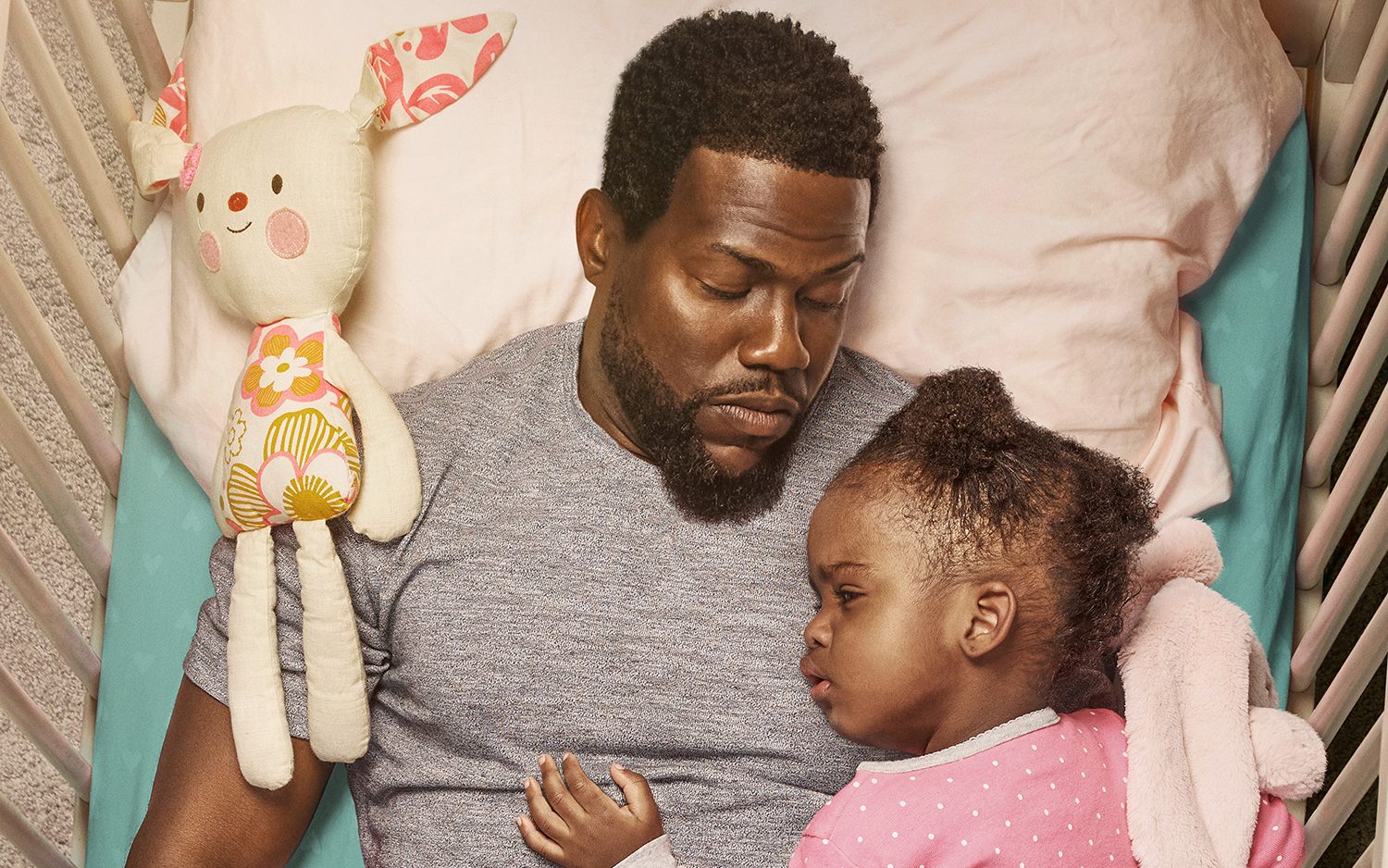 Kevin Hart stars in Fatherhood, A Netflix original film about an immature single father trying to juggle his grief and sudden single parenthood.

Kevin Hart stars in Fatherhood as a single father raising his daughter on his own. A simple premise that is packed with heart, and is grounded by the performance of Hart and an incredible supporting cast.

“Fatherhood” gives us a sweet, vulnerable film that is a mix of laughs, feel good moments and gut wrenching emotions that is sure to pull at the heart of even those who have not had to experience this. I very much enjoy seeing actors who have made a name for themselves in a genre take aim for other heights and this is exactly what we get from Hart in this film. It strays from what we know and love him for. We don’t get the witty, fast-talking Hart that has made millions of ribs hurt from laughter, instead we get a character that battles through his immaturity and being put in an unimaginable situation that instills soul into the film.

Hart’s wife Liz, played by Deborah Ayorinde loses her life suddenly after giving birth to their daughter by C-Section. This is a painfully bittersweet moment that I could not imagine going through. In this moment we see Matthew (Hart) go through a sequence of grievous moments as he fights for the right words at his wife’s funeral and is emotionally overwhelmed during the wake as his friends Jordan and Oscar, played by Lil Rel Howery and Anthony Carrigan try to lighten the load, in the best way they know how.

This is the launching point of Matthew’s journey as he is still struggling to grieve the loss of his wife, but now has the responsibility of another life. We see Matthew struggle to come to terms with having to raise his daughter alone and dealing with his overbearing mother in law played by Alfre Woodard, and his father in law played by Frankie Faison mediating their back and forth arguments. Again, this is by far an easy situation to be caught in on either end, still reeling from the loss of their daughter and Matthew living in Boston which is a ways from Minneapolis where they live, the film pulls us into a struggle of parents trying to find a way to stay close to what can seemingly feel like the last piece left of their daughter and trusting an unprepared Matthew to go through these hurdles and be the person and parent that his daughter Maddy needs.

We see a few years pass from here and enters Maddy played by Melody Hurd and we get a glimpse of Matthew’s seemingly successful raising of Maddy. She is attending the school her mother wished for her to attend, they have an almost normal routine and we get the laughter, the happiness, and all seem to be heading in the right direction. What could be missing? Well it wouldn’t be a good movie without a potential love interest, right? Enter Lizzie played by DeWanda Wise. Matthew grows very fond of Lizzie, even with the shock of her sharing the name of his late wife, a romance blossoms, and a big credit to Wise for her ability to shine a light on this film with her incredible and electrifying performance. The chemistry between Hart and Wise was great but Wise and Hurd on-screen together elevates every scene to levels that are unmatched in the film.

The film takes Matthew through the struggles of a relationship, fatherhood, and his career, and the issues a young girl in school faces, and this all brings Matthew’s world tumbling down after reaching a breaking point that causes him to sabotage his own relationship.

This leads Matthew on a road of choice, acceptance, and learning to accept that the obstacles in life should not be roadblocks, but instead, we should see them as waves that we must face head-on and ride out until we see ourselves above water again. There is a lesson learned for anyone in this film and it touches on many real-life issues that many people deal with whether you have been in this unfortunate situation. This film will put your emotions through the wringer and I will not tell you how this story ends, but I will say that there is always a light at the end of the tunnel, it may not be the light we expected to see at the end, but we must learn to move forward with the light that is put in front of us.

Director Paul Weitz built a world for Matthew and Maddy that is easy for any viewer to put themselves in and opens our hearts for these characters. The film is based on the real-life of Matthew Logelin’s memoir “Two Kisses for Maddy: A Memoir of Loss and Love,” which tells his story of the heaviness of parenthood and the feelings of inadequacy that can result from it. This film is as real and credible as you will find, and Weitz and Dana Stevens‘s script focuses on real-life struggles rather than relying on throwing a typecast on Hart, they allow him to explore his range and in return, he gives us his best dramatic performance to date that shows us Hart’s heart… sorry had to do it!