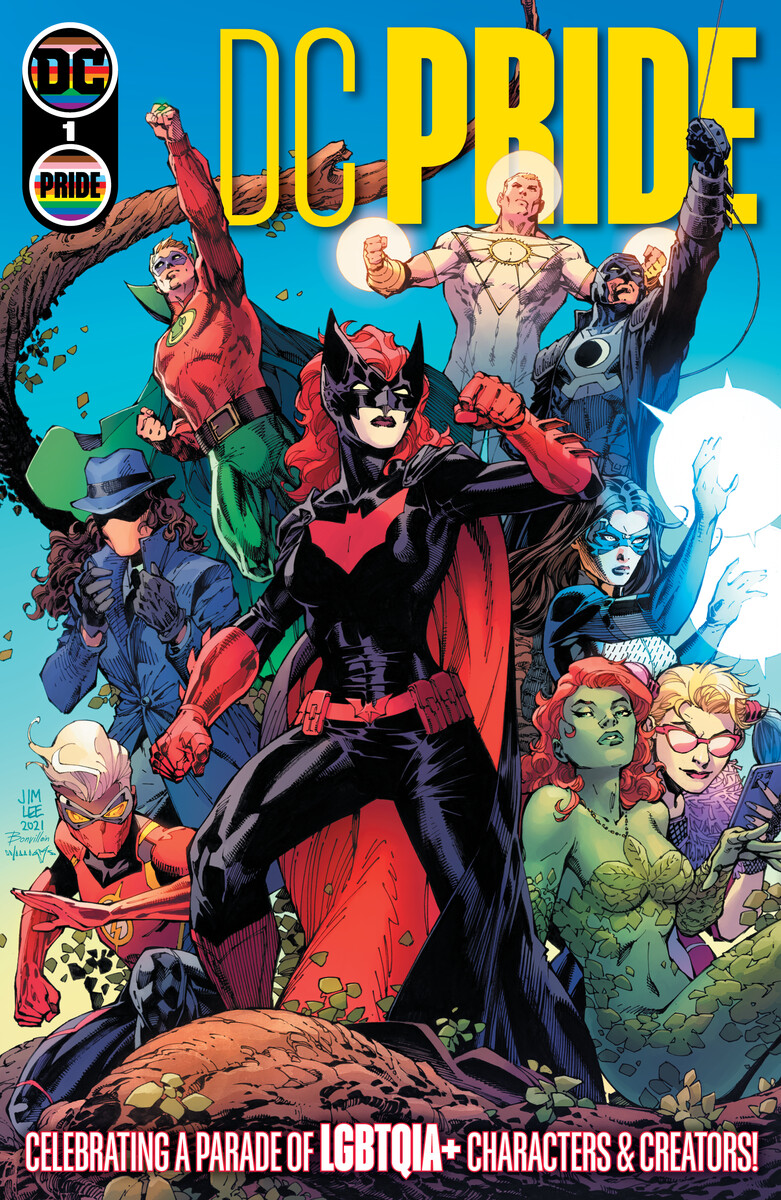 DC is showing the love to all with their announcement of DC Pride, a new 80-page anthology comic book that will feature LGBTQIA+ characters from across the DC Universe.

DC also announced Crush & Lobo, an eight-issue written by Mariko Tamaki and art by Amancay Nahuelpan. Crush & Lobo will be available on June 1st and DC Pride will be on comic book shelves June 8th. DC is also going to release a series of nine Pride themed variant covers in June, showing some of DC’s most beloved characters realized by some of comic’s leading artists. Check them out below!

Spinning out of the pages of Teen Titans Academy, comes a debut series with cover art by Kris Anka, a pride variant cover by Yoshi Yoshitani, a 1:25 ratio variant by Christian Ward, plus an exclusive Dan Hipp team variant for participating retailers. This new eight issue miniseries will run between June 2021 and January 2022.

“Crush, daughter of the Czarnian bounty hunter Lobo, is in full-on self-destruct mode! After rage-quitting the Teen Titans and blowing up her relationship with her girlfriend Katie, Crush decides it’s time to finally confront her father in space jail and get her baggage sorted before she wrecks everything. Like father, like daughter?”

DC is not stopping there, they will also be publishing GLAAD Media Award-nominated Suicide Squad: Bad Blood by Tom Taylor and Bruno Redondo on April 27th. DC’s gothic LGBTQIA+ romance Poison Ivy: Thorns by Kody Keplinger and Sara Kipin on June 1st and Mariko Tamaki and Yoshi Yoshitani’s highly anticipated YA graphic novel, I Am Not Starfire will be available on July 27th. This is all within DC’s pride plans for 2021.