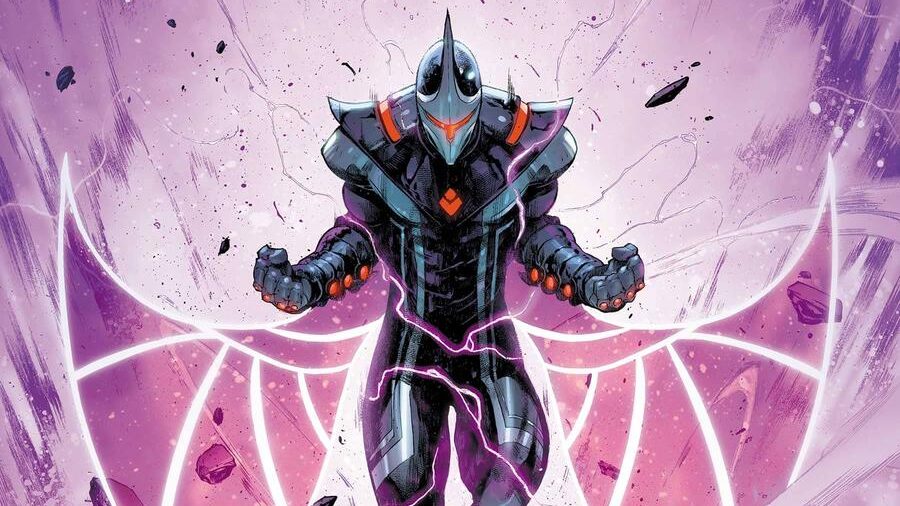 Synopsis: Connor Young is a seventeen-year-old star basketball player with the world ahead of him, until a surprising medical diagnosis changes everything. But what happens when a mysterious amulet finds him and gives him powers beyond belief? What will he do with these new abilities? Get in on the ground floor as KYLE HIGGINS (RISE OF ULTRAMAN, Radiant Black) and JUANAN RAMÍREZ (WEB OF VENOM) start a new era.

The 90s were a decade full of some of my favorite Marvel characters. Mind you, I began reading comics only a few years ago, but as I made my way back and read up on the Thunderbolts, X-Force, and Gambit, I came across Darkhawk. He hasn’t reached A-tier status among Marvel characters and unfairly so. He is still beloved by many, and he rocks a sick character design that would make for a great look in a live-action Disney+ series, ya hear me, Marvel? One thing he has gotten is the spotlight with the new ongoing series.

Darkhawk #1 introduces us to Connor, a star athlete with a full ride to a State University thanks to his skills on the basketball court. He is shortly after diagnosed with Multiple Sclerosis and this leads to the world he has so joyously enjoyed crumble in mere moments. Like any true superhero origin story, he comes across the mystical amulet that transforms him into Darkhawk.

The original Darkhawk was Christopher Powell and was a member of the New Warriors and even the Guardians of the Galaxy! This leads to the thing I appreciated the most out of this issue and series moving forward. Connor is about a grounded character as you can ask for and that helps us readers relate with him on levels we don’t get the opportunity to on many occasions. This is something Higgins excels at as we have seen most recently in Radiant Black in which we also get a character that is fleshed out with the modern-day issues many of us deal with. We get plenty of time to get to know Connor before we even see him don the Darkhawk outfit. This lets Higgins shine as he pulls us in and lets us connect with Connor.

Chiming back to Radiant Black, Darkhawk has probably some of the best-rounded out casts in any comic series out there especially Connor’s father and also his best friend Derek, who has a secret that should lead to some conflict in the future, but that is a story for another day. Juanan Ramirez honors the classic look of Darkhawk while giving him a tune-up with a sleek design that is sure to catch the eye of any Marvel fan.

The real star of this issue though is the way MS is approached by Higgins. Higgins interviewed artist Brooke Pelczynski, a comic illustrator who lives with Multiple Sclerosis. This leads to readers get a side and understanding of MS that we don’t see or get the chance to understand often enough and it’s a hell of a thing to do and allow us to learn the ways people deal with MS and educating us while giving us a hell of a premiere issue in the process.

Darkhawk #1 gives readers a premiere issue that soars and revamps the hero for both old and new true believers. Higgins continues to excel and make his mark in the superhero genre while Ramirez shows us why we should keep an eye on him and provides us with artwork that lifts these characters and brief actions sequences off the page. This is a promising start to the new Darkhawk and you can see the care and dedication of this creative team on every panel.