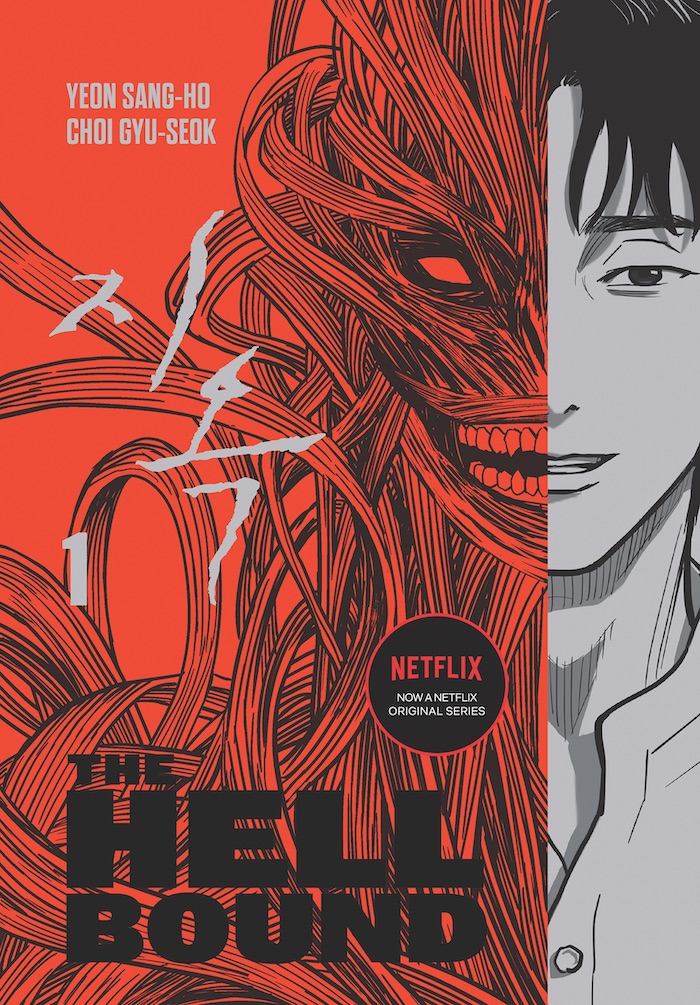 From Hit South Korean director Yeon Sang-Ho and cartoonist Choi Gyu-Seok, ‘The Hellbound’ Will be Available in English for the First Time and Soon to be a Netflix Original Series

From the director/screenwriter of Train to Busan, cartoonist Choi Gyu-Seok and translator Danny Lim comes the critically acclaimed manhwa, and soon to be Netflix original series The Hellbound available in English for the first time in October 2021.

One day, you will receive a message from an unknown sender. The message will only include your name, the fact that you are going to hell, and the time you have left to live. There is nowhere to run, nowhere to hide—no escape. When the time counts down to zero, supernatural beings manifest to condemn you to hell. As the nation falls into unrest, a new religious sect begins to interpret the bizarre occurrence as the will of the divine. Could this be a sign of something grander—a blessing in disguise, a holy reckoning, or an evil curse? Amid social chaos and increasing hysteria, the people must find a way to survive this inexplicable terror.

“Choi Gyu-seok’s sharp and keen drawing style goes well beyond depicting the modern Korean’s physique, expression, and wrinkles. It reaches a genius level where we can feel the character’s anxiety and fear. A truly overwhelming world of fear that cannot be explained with words like “God’s prank” or “grand nonsense.” We are already burning in the center of the hell that Yeon Sang-ho and Choi Gyu-seok are portraying.” – Bong Joon-ho (Academy Award Winning Director, Parasite)

“This book clearly reveals the anxiety of this era through the simple, yet dramatic setting of a prophecy to hell. It’s even fun and tense. It also feels like somewhere between Train to Busan and The Fake. In a world where even opinions become information, what do we believe? Why? How? This book provides you food for thought.” – Park Jung-min (Actor, Writer)

The terror of The Hellbound Volume 1 arrives October 26, 2021, and is available for pre-order now through Amazon, Barnes and Noble, and your local comic shop for $17.99.