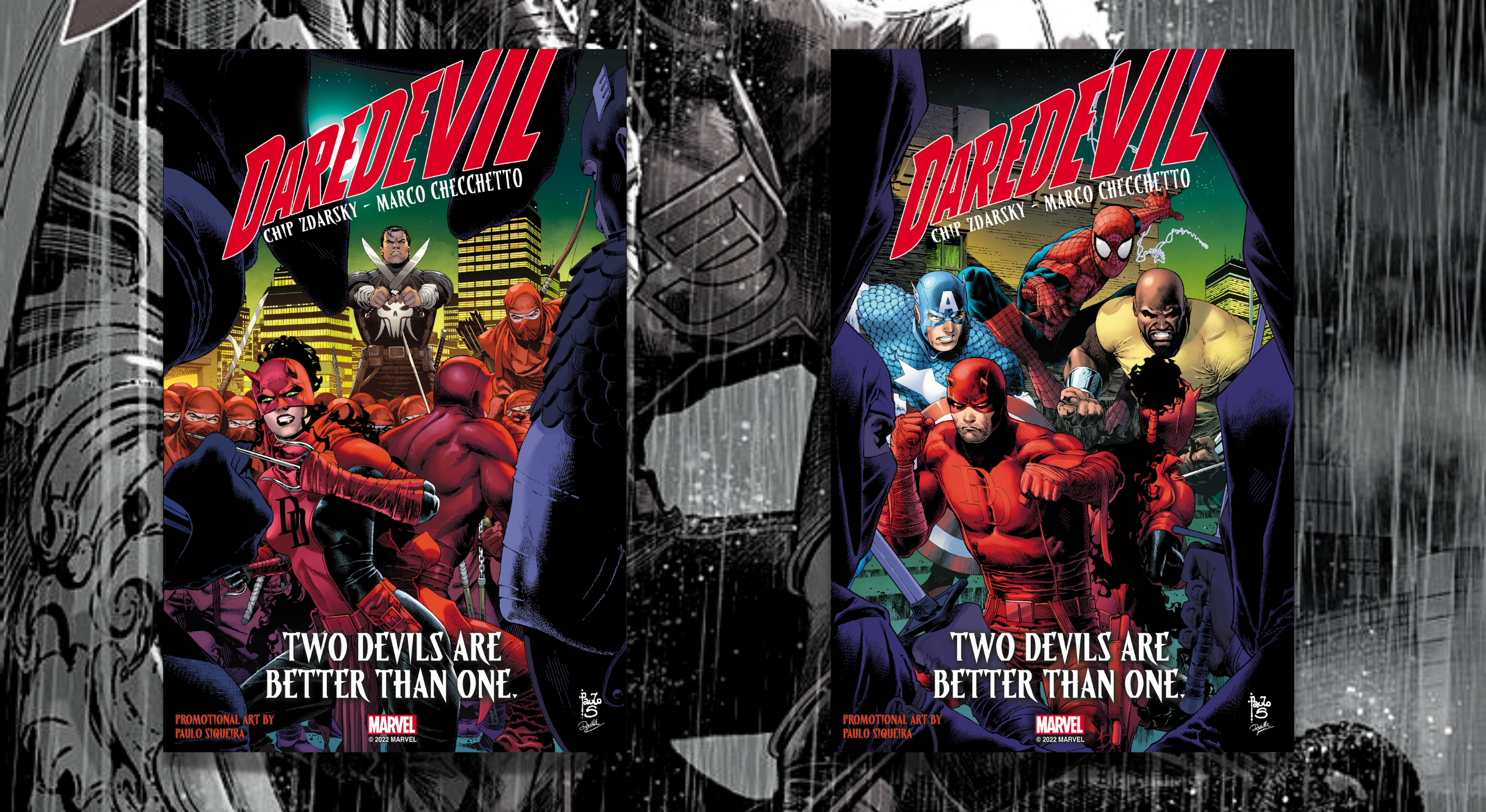 Marvel Comics has revealed the new arc that will kick off with Chip Zdarsky and Marco Checchetto‘s Daredevil #1. The new will take place in the aftermath of the events that unfolded in Devil’s Reign with Matt Murdock and Elektra Natchios in the spotlight as they each pave their own very different paths as Daredevil. Their choices carry a weight that will affect the entire Marvel Universe. The publisher has revealed artwork that is sure to get fans hyped as the new era of the Daredevils quickly approaches in July.

Speaking to CBR about his chance to have told Daredevil’s story for some time now, Zdarsky said:

“DAREDEVIL is my magnum opus. To get the chance to tell such a long story over years at Marvel with the same primary artist is a gift. Marco and I are over the moon with how readers have supported our book, and we promise you that we’re giving it our all and building to something that we think is really special.”

The promotional artwork from artist Pablo Siqueria will “tease both Daredevil’s biggest challenges for the next year including confrontations with the Avengers and the Punisher-led Hand as well as further exploration of Luke Cage’s new role as mayor of New York City. In addition, DAREDEVIL #1 will come out the gate with a shocking reveal that ties back to Zdarsky’s earliest stories on the title and brings thrilling new insights to key moments in Daredevil history.”

Daredevil #1 will arrive at your favorite local comic shop and digitally on July 13th, 2022.