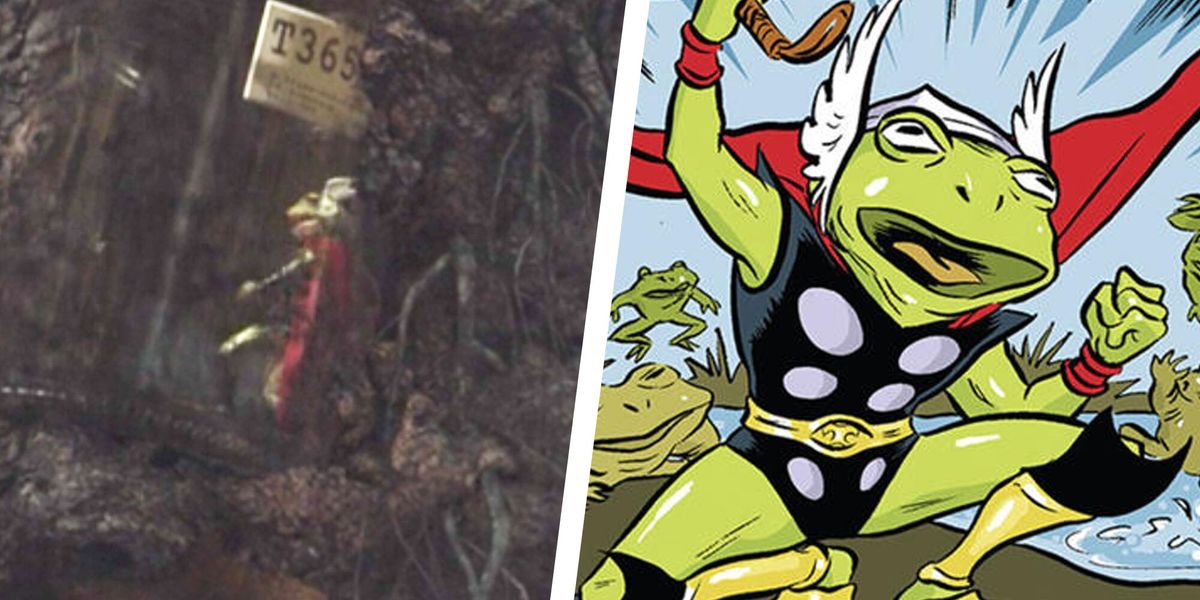 The Disney+ series is the newest addition to the Marvel Cinematic Universe. It follows an alternate version of the Loki after the events of Avengers: Endgame. After joining up with another supposed Loki variant, named Sylvie (Sophia Di Martino), they must fight together to survive and uncover the mysteries behind the Time Variance Authority (TVA).

As the camera pans underground to Kid Loki’s lair, viewers are given a quick shot of a Thor variant, known as Throg, where he’s frog Thor. He hops around, attempting to get out of the jar that he’s trapped inside of and reach Mjolnir.

@ForAllNerds (via @ViewsFrom616) posted an interview with Herron where she revealed the cameo. They talked about some of the Easter Eggs that she was excited to have be a part of the episode. She noted that it was a team effort getting all of them included, such as the Thanos Copter and Throg. She then revealed that Hemsworth himself recorded new audio for the brief moment.

“Throg, obviously, getting him in. We recorded Chris Hemsworth for that, by the way. We recorded him for that. His voice going ‘Ahhh!’ That’s a whole new recording. Not recycled. He recorded that.”

In the comics, Throg is Simon Walterson, who gets transformed into a frog due to a curse. He gets the name “Puddlegulp” by other frogs, one of which is particularly powerful and helps defeat rats that are attacking them. Little did he know, that powerful frog is Thor himself after he had been turned into a frog. When he leaves to return to Asgard, Puddlegulp manages to defend himself with a small splinter of Thor’s hammer. After being gifted the powers of the God of Thunder, he took on the name of Throg.

This cameo was a very short and quick shot, but eagle eyed fans were quick to notice it. This cameo does not feed into the plot line that Loki is headed in, but with the Loki series opening up the base of the multiverse, it definitely gives us hope that we might see some interesting characters make their way into phase 4 of the MCU.