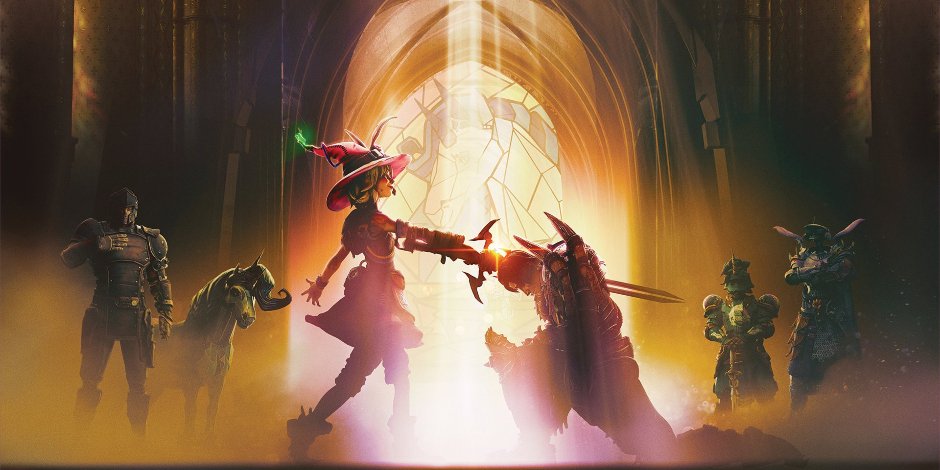 Gearbox revealed today that their upcoming loopy shooter that throws in a magical and fantastical punch to the loot shooter will not just end with mere end credits. Tiny Tina’s Wonderlands has a special surprise for anyone that finishes the game.

An endgame dungeon called Chaos Chamber will be your reward for completing the game and it was revealed today with a fun trailer showing all the madness that will continue to keep you mesmerized even after the campaign ends.

The press release notes that Chaos Chamber is an “endlessly replayable core endgame experience.” Players will enter a portal and will be sent to a randomized dungeon that will have unique treasures, dangerous enemies, and features dedicated to tweaking the difficulty of your experience.

In a nutshell, you and your squad will battle it out in three dungeon rooms which will lead you to a mini-boss, then you will take on another three dungeons and then take on the final boss. There are other factors that come into play which we will list below:

Lead game designer Kent Rochefort had this to say regarding the Chaos Chamber:

“We have over 60 level layouts, which will mix and match throughout a dungeon run. On top of that, all the many types of enemies from the game can show up, with up to three different kinds of armies in one room. There are also explosive barrels and traps that populate based on the room. Some are smaller, and some are bigger; our level designers went with what felt appropriate for each particular combat arena.”

Tiny Tina’s Wonderlands will arrive on PlayStation 5, PlayStation 4, Xbox Series X/S, Xbox One, and PC on March 25th, 2022. Check out the trailer for Chaos Chamber below: