BATTLEFIELD 2042 Hazard Zone Will Be A Squad-Based PvPvE Mode 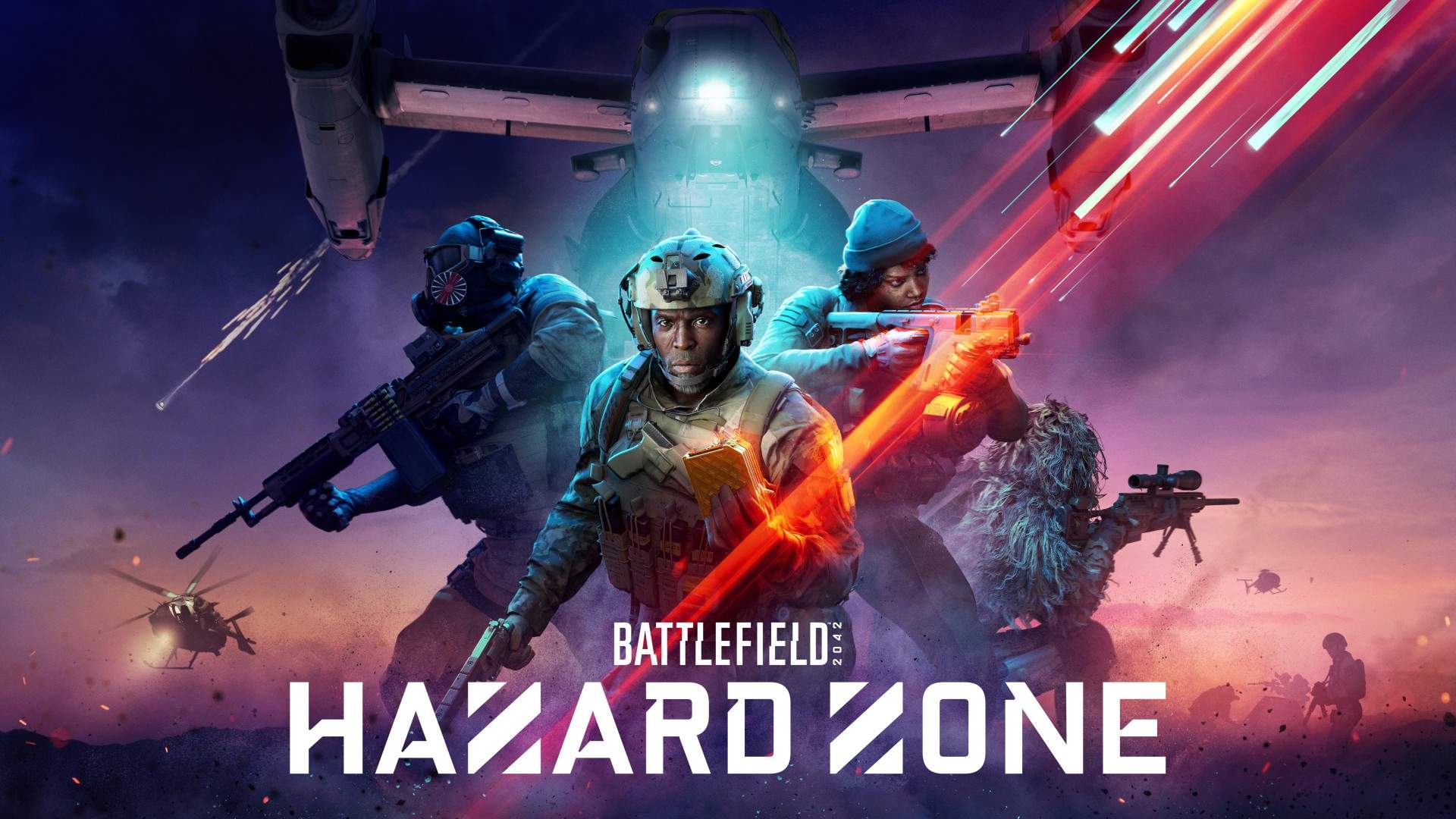 BATTLEFIELD 2042 Hazard Zone Will Be A Squad-Based PvPvE Mode – Get in, collect data drives, and get out alive.

DICE has revealed Battlefield 2042‘s new Hazard Mode. The mode will be a squad-based PvPvE experience that focuses on collecting data drives and making off the map alive.

Hazard Zone is a squad-based mode that sees groups of players vying to collect and extract data drives that have been scattered around smaller arenas after satellite crashes. Each player squad is made up of 4 players, with the objective being to collect as many drives as possible before extracting ahead of a storm becoming too intense for aircraft to get to you.

Your efforts are further hindered by AI enemy forces, and of course the new in-game extreme weather conditions that are on the way. There are only two time-limited opportunities to extract during a match, meaning only two squads can get away. Dying in the mode will see you placed in a spectator screen, although a ‘Reinforcement Uplink’ item can see squad members revived again.

Player counts for the mode will differ based on your platform. On Xbox One and PS4, Hazard Zone will include 24 players (6 squads), Xbox Series X/S, PS5, and PC will see 32 players (8 squads).

DICE’s Danny Berlin made very clear in a presentation that “Hazard Zone is not a Battle Royale mode.” The key difference for Berlin is that your main objective is “not to kill, but to extract out of the Hazard Zone alive with as many data drives as possible.”

Berlin also introduced a wider metagame around Hazard Zone. Each data drive extracted will be worth a set number of ‘Dark Market Credits’, a currency used only in the mode. Those credits can be spent before matches on new weapons, gadgets, and upgrades for your specialists (and each squad can only have one of each specialist).

Hazard Zone is the third and final mode, after All-Out Warfare and the Portal, which sees 5 different Battlefield games’ features meshed into a single custom game creation tool.

Battlefield 2042 will arrive on Xbox One, Xbox Series X/S, PlayStation 4, PlayStation 5 and PC on November 19th.

Sony Opens Registrations to Buy a PS5 for the Holidays