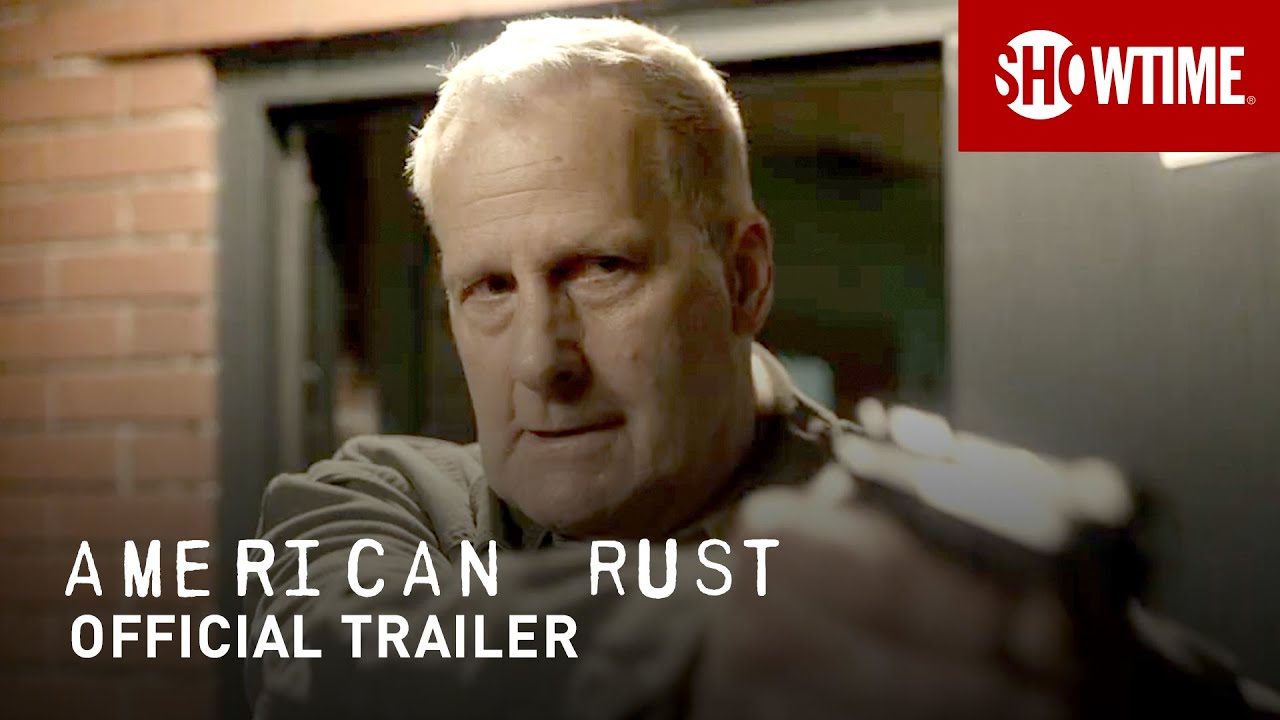 Showtime has released a new trailer for their upcoming series American Rust, starring Emmy-winning actor Jeff Daniels (The Newsroom, The Comey Rule) and Emmy-nominated actress Maura Tierney (ER, The Affair). The series is based on the Phillip Meyer novel of the same name, and comes from Oscar-nominated writer and showrunner Dan Futterman. John Dahl, Darnell Martin, and Craig Zisk serve as the series directors.

Based on Philipp Meyer’s celebrated debut novel American Rust, AMERICAN RUST is a compelling family drama that explores the tattered American dream through the eyes of complicated and compromised chief of police Del Harris (Daniels) in a Rust Belt town in southwest Pennsylvania. When the woman he truly loves sees her son accused of murder, Harris is forced to decide what he’s willing to do to protect him.