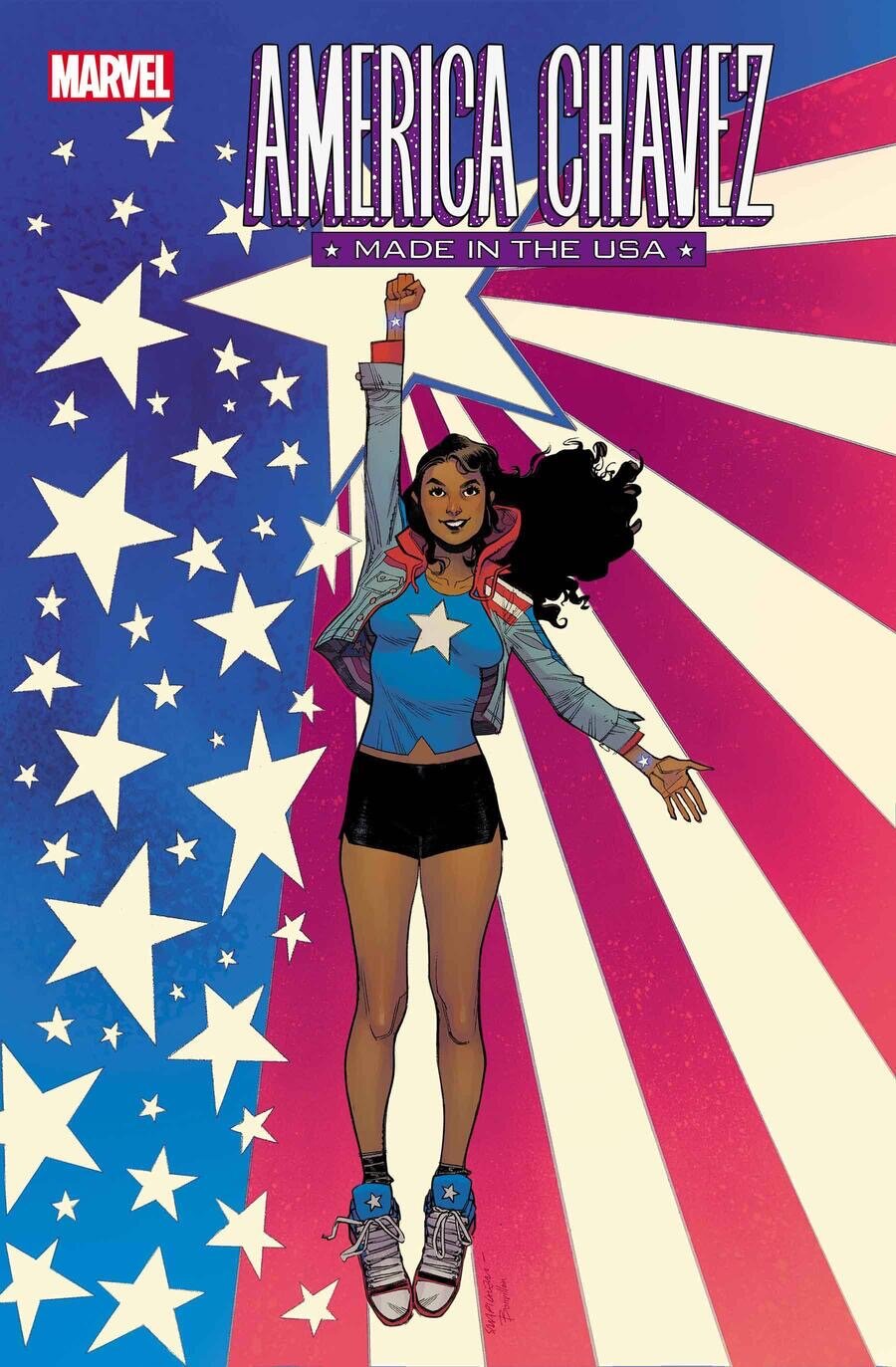 ONE OF MARVEL’S RISING STARS UNDERTAKES A NEW CHALLENGE IN THE AMERICA CHAVEZ: MADE IN THE USA #1 TRAILER!

America Chavez: Made in the USA #1 by Kalinda Vazquez and Carlos Gómez hits stands tomorrow

America Chavez is back! The popular Young Avenger will be starring in an all-new series by writer Kalinda Vazquez and artist Carlos Gómez. On sale tomorrow, AMERICA CHAVEZ: MADE IN THE USA will explore the young hero’s fascinating backstory, bringing to light startling revelations about her extraordinary origins. These dark secrets from her past will force the hero to face the parts of herself she’s been running from as she embarks on an action-packed mission against a dangerous new enemy. Don’t miss an early look at this explosive story in the new AMERICA CHAVEZ: MADE IN THE USA Trailer, first shown yesterday in a special installment of Marvel LIVE!

“When crafting this story, it was fun to further build out America’s backstory, using what we already know about her and going beyond that, too. And as in my TV work, there were some great moments of collaboration. In the early stages of this book I had the opportunity to dig deep on America with editor Annalise Bissa and other members of the creative team at Marvel and their insights were invaluable,” Vazquez told Marvel.com in a recent interview.

“I’m so hyped for this new series!” Gómez said. “Her style and her powers make her an awesome character… There is so much you can do with her, it’s insane. I couldn’t be happier to jump on this ship. So be ready for a new origin story with a ton of unexpected twists!”

Pick up America’s biggest adventure yet digitally or at your local comic shop tomorrow!